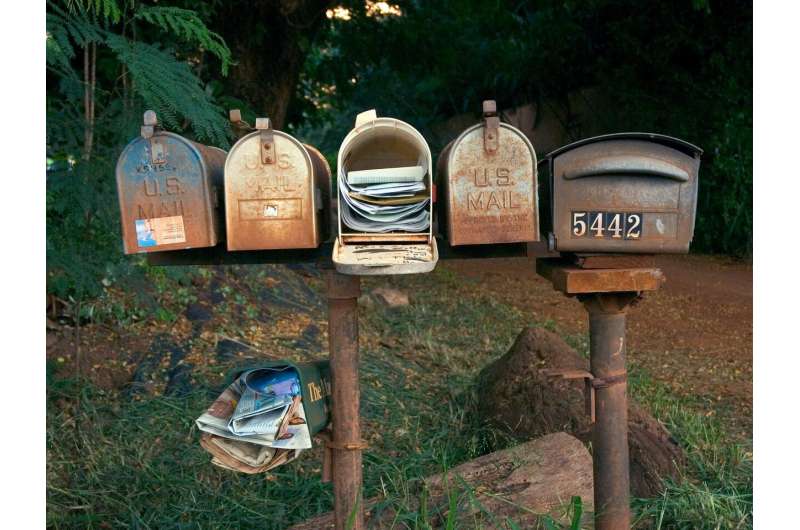 To improve recovery rates, opioid treatment programs serving disadvantaged patients in rural communities should include services that screen and care for other mental health disorders, according to a study led by a Rutgers researcher.

“Federal guidelines don’t mandate that patients who are receiving methadone treatment also be treated for depression or other mental health disorders, common comorbidities with opioid addiction,” said Jamey Lister, an assistant professor in the Rutgers School of Social Work and the lead author of the study published in the journal Frontiers in Psychiatry.

“We wanted to know the comorbidity burden that patients in rural settings were facing, to help methadone clinics in those areas identify ways to address this vulnerable population.”

In the United States, opioid treatment programs that integrate treatment for opioid addiction in conjunction with care for other emotional or substance use problems are almost exclusively located at academic medical centers in cities and urban areas.

Rural communities throughout the country have paid a heavy price during the opioid crisis. For instance, overdose deaths involving prescription opioids, such as oxycodone, were higher in rural than urban counties between 2004 and 2017, according to the U.S. Centers for Disease Control and Prevention. Although this pattern has since flipped in part due to a greater likelihood of synthetic opioids, like fentanyl, to be in the drug supply of cities, rural communities continue to suffer when it comes to treatment access, Lister said.

To quantify treatment needs in rural and small urban communities, Lister and collaborators from Wayne State University measured rates of emotional and substance use disorders among 210 Medicaid and Medicare beneficiaries at a methadone clinic in rural Michigan. Using a cross-sectional, venue-based design, the researchers found a strong association between past-year non-medical opioid use and emotional disorders such as anxiety and post-traumatic stress disorder (PTSD) as well as disorders related to stimulant and sedative use.

Of the patients who reported using opioids in the 12 months before treatment, 62 percent screened positive for anxiety, compared with 39 percent who reported no past-year opioid use.

Similarly, 62 percent of patients who reported using opioids while in treatment screened positive for PTSD, compared with 23 percent with PTSD who reported no opioid use in the previous year.

“Prior to joining the faculty at Rutgers, I conducted research studies with people who had opioid use disorder at a methadone clinic in metro Detroit, where one of the goals was to improve concurrent care for depression, trauma and infectious diseases,” said Lister. “Patients receiving care in rural areas need access to similar services, which will require innovative approaches and policies that help clinics build and sustain capacity.”