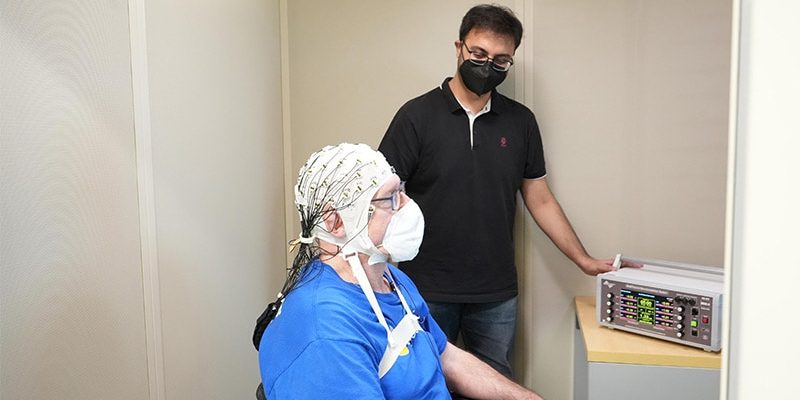 The results were published online August 22 in Nature Neuroscience.

The study included 150 adults aged 65-88 years, most of whom had typical memory loss or mild cognitive impairment (MCI). Electrical currents were delivered through electrodes embedded in a cap worn by participants.

On the basis of prior research, the investigators targeted two specific brain regions with two distinct stimulation frequencies. 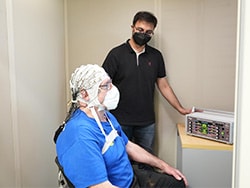 “Based on the spatial location and the frequency of the electrical stimulation, we can improve either short-term memory or long-term memory separately,” Reinhart told briefing attendees.

The rate of memory improvement during the 4-day intervention predicted the size of the memory benefit at the 1 month timepoint.

“So, based on how well you respond to the treatments, we can be reasonably confident how long lasting the memory benefits will be for each individual,” he said.

The researchers note the participants with the lowest cognitive performance at baseline benefited the most from brain stimulation during the process and 1 month later.

“We think it bodes well for transferring this intervention over to a proper clinical study with people with Alzheimer’s disease who are suffering from more severe memory impairment, because we’re finding that the more severe one’s general cognitive impairment is, the more they benefit from this novel drug-free intervention,” Reinhart said.

Coinvestigator Shrey Grover, PhD candidate in the brain, behavior and cognition program at Boston University, said the researchers have not observed any adverse events during the stimulation, “so it’s quite tolerable.”

The investigators plan to continue their research to examine whether the effects last beyond 1 month and assess functional outcomes of the brain stimulation-induced memory improvements.

“We need these kinds of real-world endpoints, not just the laboratory ones, that are more relevant for reducing the severe functional, social, and economic impact of impaired cognition that comes with age to really bring this intervention from the bench to the bedside,” Reinhart said.

“It is unclear how this intervention may impact individuals either at increased risk for cognitive decline and/or with already existing cognitive decline. This research should continue in larger and more diverse populations,” said Snyder, who was not involved with the study.

“It’s important we explore all treatment avenues that may benefit the brains of aging individuals. There are several studies — some funded through the Alzheimer’s Association’s Part the Cloud program looking at different types of interventions that may benefit cognition and function for an individual,” she added.

The study was funded by grants from the National Institutes of Health and by a generous gift from an individual philanthropist awarded to Reinhart. The investigators and Snyder have reported no relevant financial relationships.