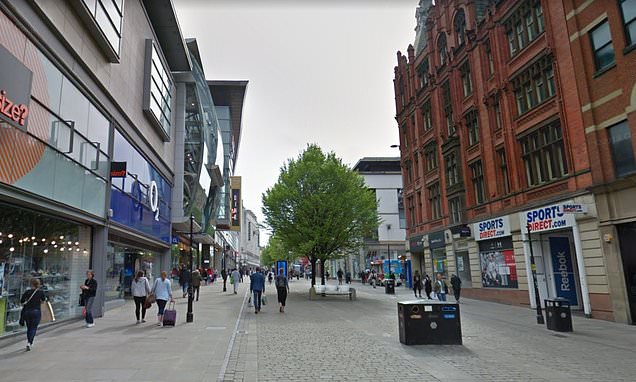 Nearly 900,000 deaths in England could have been avoided over the past 16 years if society was more equal, researchers claim

Nearly 900,000 deaths in England could have been avoided in the last 16 years if society was more equal, researchers claim.

A study of 2.5million early deaths found one in three occurred simply because a person lived in a socially and economically deprived area.

The findings, published in the Lancet Public Health, also suggest 22,000 children could have been saved had they lived in a more well-off area.

It’s already known mortality rates vary across the UK depending on an area’s wealth. But this is the first time premature deaths have been quantified.

One death every 10 minutes, and 50,000 a year, are caused by inequalities, the researchers at University College London said. 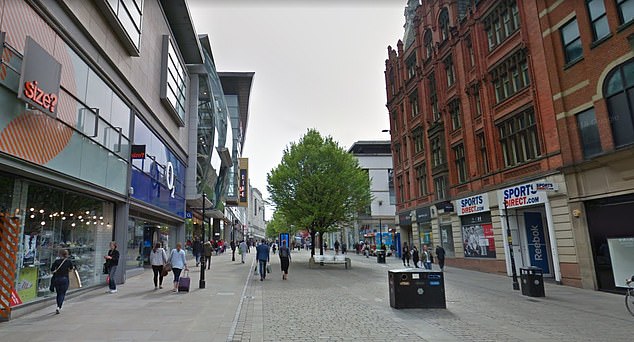 In Manchester (pictured, Market Street in the city centre), Blackpool and Liverpool, there was more than double the number of premature deaths than in the best-off parts of the country

Lead author, research fellow, Dr Dan Lewer, said: ‘We have known for a long time that poverty and inequality have a major effect on people’s health and life expectancy.

‘Our study shows how this translates into actual numbers of deaths.

‘If everyone in England had the same mortality rate as people living in the best-off areas, there would have been 877,000 fewer premature deaths between 2003 and 2018. That’s one death every 10 minutes.

‘When we look at the figures across the life-course, we show that there could have been 22,000 fewer deaths in children aged under 10 if everyone had the same life chances as the best-off. We hope our study brings home the reality of differences in life expectancy in this country.’

The study found heart disease, lung cancer and lung diseases such as chronic bronchitis were the biggest problems, causing almost 400,000 excess deaths between them.

WHAT ARE HEALTH INEQUALITIES?

Health inequalities refer to avoidable or ‘unfair’ differences in health care across a population depending on where someone lives or where they are from.

There are a number of reasons behind patterns. The fundamental causes are based on unequal distribution of income, poverty, and politics. These things influence the availability of jobs and good housing.

There is a higher concentration of more deprived authorities in the north of England, causing the ‘north-south divide’.

Northern towns and cities had the highest number of premature deaths due to social inequality – which reflects the Government’s figures on life expectancy.

The number of deaths attributable to inequality increased for women in particular, even though inequality was greater among men, peaking in early childhood and between the ages of 40 and 49.

‘Mortality rates for some diseases, including lung disease, actually increased among the most deprived women.’

The researchers used data from the UK Office for National Statistics on all deaths between the ages of zero and 74 in England between 2003 and 2018.

Mortality rates were calculated for 33,000 neighbourhoods, which were also graded in terms of levels of deprivation.

The researchers say that the study can help inform where public health resources are needed most.

Dr Lewer added: ‘These results show that social inequalities are linked to more than 50,000 early deaths in England each year.

‘To address this, we will need policies that will reduce inequalities in income and wealth that underlie differences in life expectancy.

‘It doesn’t help that £900million has been cut from public health services that help smokers quit, treat alcohol and drug dependence and tackle obesity. The cuts have fallen disproportionately in areas where we found the most excess deaths.’

The findings support Government figures on life expectancy which point to a ‘north-south’ divide in England.

Jo Bibby, director of health at the Health Foundation, said: ‘These findings underline an urgent need for the next government to look beyond the NHS and get to the root cause of poor health in this country.

‘No matter where they come from, it is important that everyone has the opportunity to live a healthy life which means, among other things, ensuring that there is adequate social security for everyone who needs it and every child gets a good start in life.

‘It will take fresh thinking and bold action from the next government to change the way policy decisions are made. We need to see a shift away from a focus on GDP towards health and wellbeing as a primary success measure for government.’