SAN JOSE, Calif. — California’s third-largest city banished flavored tobacco products from store shelves this summer, joining scores of other cities and counties in the state in a public health push to reduce nicotine addiction among youths and young adults.

Even though big and small communities across the state have already acted, Californians in November will decide whether to enact one of the nation’s most comprehensive statewide bans on flavored tobacco — making it illegal for brick-and-mortar retailers to sell flavored cigarettes, e-cigarettes, or vapes, including those flavored with menthol. Sales of gums or gummies that contain nicotine and are not approved by the FDA would also be prohibited.

At issue is a 2020 state law that would have banned the sale of those products — but never went into effect. Within days of its passage, Big Tobacco launched a referendum drive to overturn the law.

A “yes” vote on the referendum, known as Proposition 31, would uphold the law, banning the sale of flavored tobacco. A “no” vote would overturn the law.

If the measure passes, more restrictive local ordinances would remain in place while the state law would override weaker bans. If the referendum fails, all local bans would remain in effect.

San Jose began prohibiting the sale of flavored tobacco products on July 1. City resident Joseph Smith, who was working in a local tobacco shop on a recent Tuesday, said he started smoking at age 12 when his friend gave him a menthol cigarette. Now 30, Smith said he quit smoking cigarettes two years ago by smoking Puff Bars — slim disposable vapes that are now illegal to sell under the city’s ban. He also said he no longer vapes.

“They kill people; they profit off people’s lives,” Smith said about the tobacco industry. “But overall, I still feel like people have the right to do what they want.”

Proponents of local ordinances and the statewide ban say the measures are primarily intended to protect young people from getting addicted, as Smith did.

“We can stop Big Tobacco from using flavors to get kids hooked on nicotine and profiting from addiction, disease, and death,” former state Sen. Jerry Hill, who authored the 2020 law, told lawmakers at a recent legislative hearing on the ballot measure. “If we can save even a few lives by ending the sale of candy-flavored tobacco, it will all be worth it.”

A 2021 survey by the Centers for Disease Control and Prevention found that about 75% of middle school students and 80% of high school students who use tobacco use a product with flavoring, often in “kid-friendly flavors, such as berry, cherry, apple, cotton candy, and bubble gum,” which mask the harshness of tobacco and act as a gateway for underage smoking.

In 2020, an estimated 4.5 million middle and high school students used tobacco products. Before the pandemic, the number of young people surveyed on school campuses who used tobacco had been climbing steadily, rising from 3.6 million in 2017 to 6.2 million 2019, according to CDC surveys.

“It’s not good for young people’s developing brains,” said Kevin Schroth, an associate professor at the Rutgers University School of Public Health. Schroth previously worked on tobacco control policy in New York City, which banned the sale of flavored tobacco in 2009. “There’s no reason that they should be developing addictions to these products.”

If Californians uphold the state law, theirs would be the fifth state to adopt a flavor ban after Rhode Island, New Jersey, New York, and Massachusetts, according to the Campaign for Tobacco-Free Kids. About 345 localities across the nation prohibit the sale of flavored tobacco.

But some of these laws, including California’s, contain glaring loopholes, such as allowing flavors in premium cigars, hookahs, pipe tobacco, and online purchases. While some cities and states have banned internet sales, others have cited legal concerns about regulating interstate commerce — leaving it to the federal government to act. The FDA in April proposed rules banning the manufacture, distribution, and sale of menthol cigarettes and flavored cigars, but the rules have yet to be finalized.

In June, the agency ordered vaping company Juul to stop selling its e-cigarettes, but a week and a half later suspended the ban, following a federal lawsuit by the company. The FDA said its order needed further scientific review. Meanwhile, legislation in Congress to ban the sale of flavored tobacco has stalled.

The tobacco industry has spent nearly $22 million to overturn the California law compared with $5.7 million spent by supporters of the ban. “NO on Prop 31” campaign spokesperson Beth Miller said via email that government regulation restricts adult smokers’ right to choose and takes away an alternative to cigarettes that some people use to kick the habit. Miller said the campaign agrees “youth should never have access to any tobacco products,” which have been illegal in California for anyone under 21 since 2016.

Public health officials, however, say that flavored products are clearly marketed to young kids — and that they use them. A 2021 survey by Santa Clara County, for example, found that 93% of high school students who had used tobacco chose a flavored product. Just over half of those surveyed who vape said they bought their own e-cigarettes.

“When products are available, youth may be able to find a way they can get these products,” said Don Tran, policy coordinator for the county’s Tobacco-Free Communities program. “But when you’re actually able to physically remove the product from being sold on the shelf, you’re going to drastically reduce that availability.”

It’s too early to tell whether the flavor ban is working in San Jose. 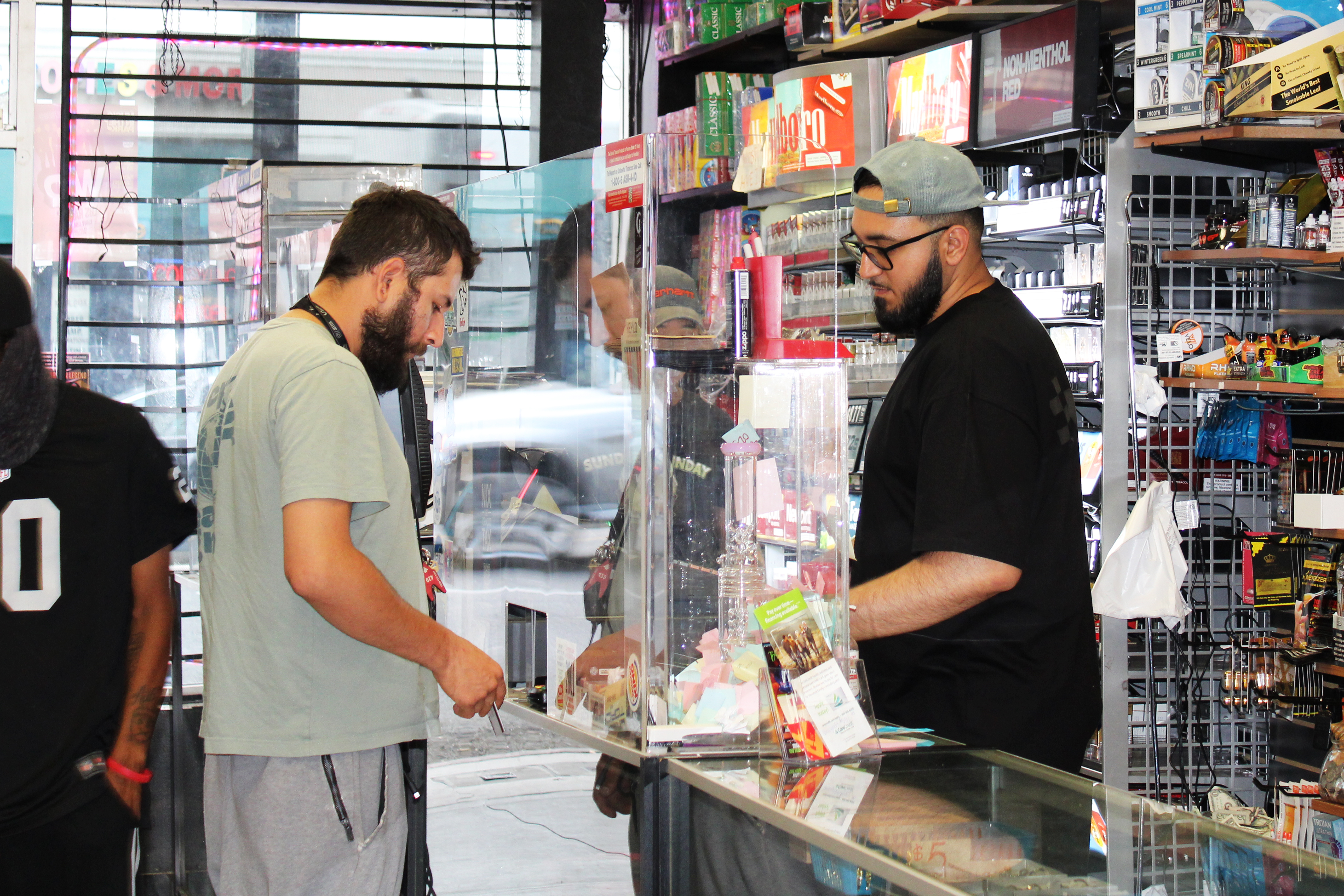 At Houdini’s Smoke Shop downtown, co-owner John Tokhi said the store has lost about 80% of its sales to neighboring municipalities where the sales of products are still legal. Before the ban, he said, a warm summer evening would attract a line of businesspeople and concertgoers. Those crowds have been replaced with clientele sporadically rushing in for packs of cigarettes and smoking paraphernalia.

The back shelves of his shop that once showcased flavored vapes are now nearly empty, populated only with nicotine-free vapes and a few ballcaps.

Dr. Achala Talati, director of tobacco policy and programs for New York City’s Bureau of Chronic Disease Prevention, said young people “use tobacco opportunistically” by sharing products with friends or smoking when it is easily available. So, decreasing the availability of flavored products lowers youth nicotine exposure, she said.