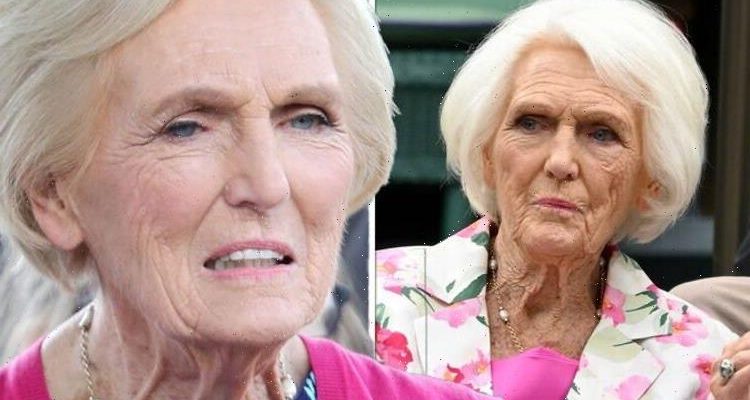 Putting rumours to bed concerning her health, Berry has explained that her “funny left hand,” is not the result of arthritis, but a result of polio, which she contracted at the age of 13. Opening up about her ordeal, Berry revealed that the illness left her in hospital, having been confined to her bed with a raging temperature and aching muscles. At first, medical professionals thought the budding chef had come down with a bad case of flu, but soon Berry’s condition worsened and she was heartbreakingly kept in isolation from her parents.

Only able to see her parents through a glass partition, Berry said she was always in “floods of tears,” during their visits, as she couldn’t understand why she couldn’t be cuddled by her mother.

Writing in her 2013 autobiography, Berry recalled: “I just couldn’t understand why Mum wasn’t coming in to give me a cuddle, to talk to me and comfort me. It must have been terribly upsetting for them.”

The NHS explains that polio is a serious viral infection that used to be widespread in the UK. Although quite rare nowadays, due to the development of a vaccination, for those diagnosed with the condition it can cause permanent paralysis and life-changing side effects.

Similar to Berry’s personal experience, the first symptoms of polio can be flu-like, which occur three to 21 days after they are infected. These symptoms can include:

In a small number of cases, the polio virus attacks the nerves in the spine and base of the brain. This can cause paralysis, usually in the legs, that develops over hours or days.

This paralysis isn’t usually permanent, and movement will often slowly return over the next few weeks and months. But some people are left with persistent problems. If the breathing muscles are affected, it can be life threatening.

For Berry, polio affected her left side, leaving her with a twisted spine and weaker and thinner arm and hand. But despite the long lasting damage to her body, Berry thinks of herself as “immensely fortunate”.

She added: “I only had it on my left side and I’ve got a funny left hand. Everybody thinks I’ve got arthritis. I look a bit funny when I’m rolling pastry but I have no other difficulties whatsoever.

“I mean, I’m not as good at sport as I was, but I was let off very lightly. I’m grateful.”

Other long-term problems with polio can include:

The Centres for Disease Control and Prevention explains that if someone had polio as a child or young adult but recovered some or all movement of weakened arms or legs, even to the point of being athletic afterward, they can risk becoming weaker in late adulthood.

This is known as post-polio syndrome (PPS), a condition that can affect polio survivors decades after they recover from their initial poliovirus infection.

PPS affects around 40 out of every 100 polio survivors, and can leave some patients wheelchair-bound when they had not been before.

Due to this danger of PPS, individuals suffering from long-term problems are advised to undergo physiotherapy to help with any movement problems.

In addition, devices such as splints and braces help to support weak limbs or joints, occupational therapy can help to adapt to any difficulties, and possibly surgery can correct any deformities.

In order to try and eradicate the cases of polio, 1988 saw the Forty-first World Health Assembly adopt a resolution for worldwide eradication. It marked the launch of the Global Polio Eradication Initiative (GPEI), spearheaded by national governments.

Overall, since the GPEI was launched, the number of cases has fallen by over 99 percent. In fact, the World Health Organisation (WHO) explains that more than 18 million people are able to walk today, who would otherwise have been paralysed. And an estimated 1.5 million childhood deaths have been prevented.

Polio vaccinations are now offered as part of the NHS routine childhood vaccination programme and are given in five separate doses, starting at eight weeks of age. Individuals can also get vaccinated at any point if they haven’t been fully vaccinated before,

There are three types of polio virus that the vaccine protects against, and people who have had the infection before will only be immune to one of these.

After her experience with polio, Berry spoke out once again, this time encouraging individuals to get their COVID-19 vaccine. She added: “I was so pleased, particularly for my husband. I would encourage everyone, if it’s offered to them, to definitely have the vaccine.”