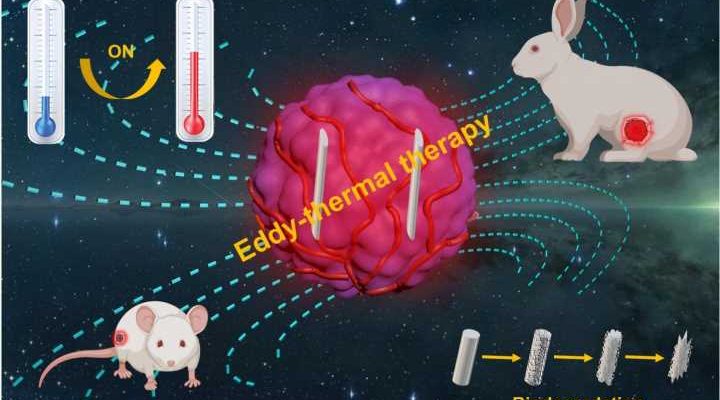 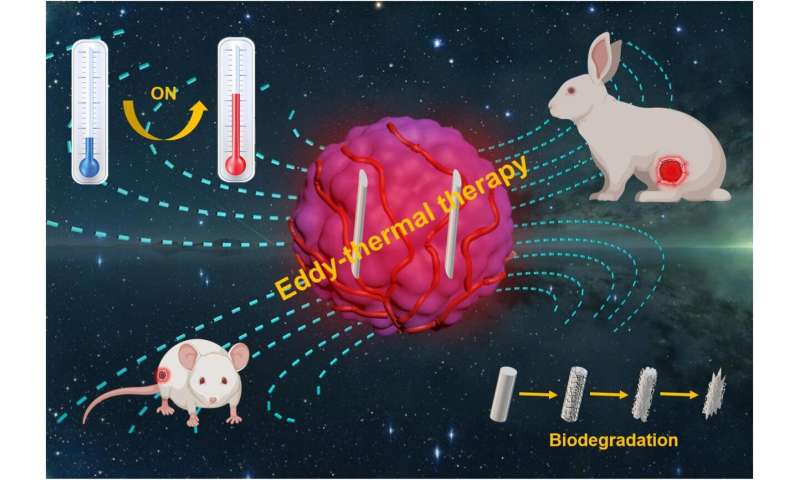 In addition to magnetic nanoparticles, whose AMF induced heating mechanism is mainly due to the heating power of relaxation loss, bulk conductors such as metals can also be heated under an AMF by the eddy current effect, in which an induced current is generated when a bulk conductor is placed in an AMF. Therefore, it would be significant and interesting to use the eddy thermal effect of bulk metal for tumor ablation. As a kind of biocompatible and biodegradable material, magnesium (Mg) and its alloys have been extensively used in the clinic as an implanted metal.

Recently, the eddy thermal effect of the magnesium alloy (MgA) could be employed for MHT to effectively ablate tumors was reported by Profs. Zhuang Liu and Liang Cheng from Soochow University. Under low-field-intensity AMFs, MgA rods could be rapidly heated, resulting in a temperature increase in nearby tissues. Such AMF-induced eddy thermal heating of MgA could not only be used to kill tumor cells in vitro, but also be employed for effective and accurate ablation of tumors in vivo.