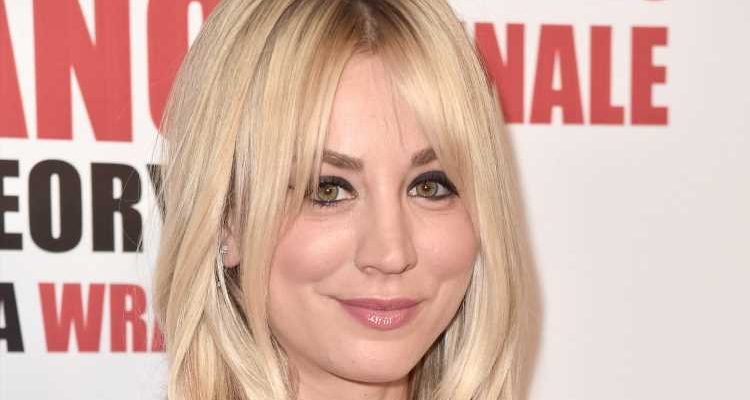 Sore muscles are an unfortunate side effect of working out hard, and they can be tough to live with. Well, Kaley Cuoco’s sore muscles were so bad she turned to alternative treatments—and they weren’t exactly comfortable, either.

In a series of new Instagram Stories, the Big Bang Theory star revealed that she “got my a—handed to me” by a trainer at her gym, which she said she needs to go to more. “I go a few weeks and then I end up not being able to walk,” she said. “I think my body just starts to shut down from just complete overuse. If I don’t take care of it, I’m going to crumble.”

Cuoco said her muscles are “so tight I can barely bend or turn. I haven’t been able to actually move in weeks.” So, she had her “angel Flory” perform cupping and scraping therapies on her body.

In one video, Flory uses a tool to scrape Cuoco’s skin. Cuoco is clearly in pain as she asks Flory to explain what she’s doing. “I’m doing gua sha,” Flory said. “Your fascia is intense and tight, and I need to remove it … your nerves and your ligaments get better.”

Then, Cuoco showed Flory doing cupping therapy on her legs, a practice that uses suction cups to increase blood circulation. Apparently that didn’t feel good either. “I mean, that is just ridiculous. Oh my goodness gracious. Oh my gosh,” Cuoco said as Flory applied the cups.

Afterward, Cuoco shared in a video that she was “absolutely wrecked” from the whole experience.

Watch the experience below.

What is cupping and scraping, exactly?

With cupping, a flammable substance (like alcohol) is placed inside a glass cup or bamboo jar and set on fire. Then, it’s put on a person’s skin, where it creates suction as the cup cools, according to the Pacific College of Oriental Medicine. However, sometimes a pump is used to create the effect instead. Your skin and upper layer of muscle are pulled into the cup during the treatment, which usually lasts for about 10 minutes.

Cupping “dates back to ancient Eastern medicine, with very limited scientific evidence to date,” says sports neurologist Ilan Danan “That being said, I have found that for many of my patients dealing with chronic pain, it has proven to be beneficial as an adjunct therapy.”

Scraping is also called a Graston maneuver or Graston technique, Dr. Rue says, and it’s designed to break down the scar tissue and stretch connective tissue.

Yes…ish. “They’re used a lot in athletic training for athletes who have injuries and are looking for expedited recovery,” Dr. Rue says. However, he stresses, it’s really best if you use them alongside more conventional treatments like physical therapy, heat and ice therapy, or massage. “They may add additional benefit, but I don’t recommend them in isolation,” Dr. Rue says. “It’s not going to be enough.”

Some level of soreness is normal after a hard workout, and it can even last for days, Dr. Rue says. But rest, gentle stretching, heat to warm up your muscles, and ice to calm inflammation can help, he says. If it’s still bothering you, check in with your doctor about next steps.

This article originally appeared on Prevention US