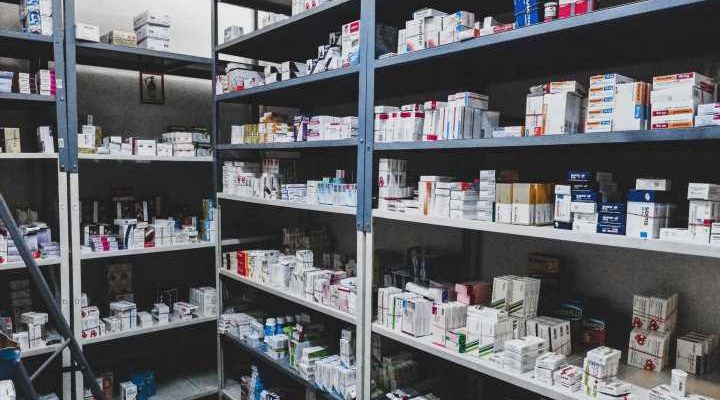 Increased competition can result in lower prices and better service, but two researchers from Singapore Management University have found that it can also lead to businesses engaging in practices which can be potential harmful to society.

The researchers, both Assistant Professors of Economics at SMU, Aljoscha Janssen and Zhang Xuan, have produced a study titled “Retail Pharmacies and Drug Diversion during the Opioid Epidemic,” which has been conditionally accepted for publication by the American Economic Review.

According to official statistics, 11.4 million Americans misused opioids in 2017, nearly all of them misusing prescription drugs. That same year, on average some 130 Americans died every day from opioid overdoses.

Previous research has focused on doctors overprescribing opioids, insurance companies providing generous cover, and manufacturers spending ‘enormous’ sums of money on advertising and marketing these products. However, the SMU researchers point out in their forthcoming paper, “the role of dispensing pharmacies is not well understood,” although surveys show that, compared with doctors, “pharmacists have better knowledge of whether patients abuse drugs.”

A study based on ‘unique’ data

Their study is based on data from the US which Professor Janssen told the Office of Research & Tech Transfer is “unique” as the Washington Post newspaper had won a court case against the US Drug Enforcement Administration which resulted in the DEA making the data public. The data covers the period 2006-2012 and this is the time, Professor Janssen said, “where we see this large increase in prescription opioids.”

The situation may have changed somewhat since then, he said, but not necessarily for the better. There was a crackdown of sorts on doctors regarding prescription opioids around 2015-2016 “when the drugs stated leading to deaths.” But many of those misusing prescription opioids moved on to drugs like heroin and fentanyl, which had been developed for cancer patients. “So, the opioid epidemic is ongoing and this paper focuses more on its origins because it started, unfortunately, with the systematic failure of institutions,” rather than drugs being smuggled in from another country.

By law, pharmacists are required to check prescriptions for validity and ensure that controlled substances such as highly potent painkillers are dispensed legally. But the SMU researchers say, “we know little about how pharmacies use their discretion” and the issue of firm ownership on compliance with the regulations “remains unexplored.”

Why the need to boost profits resulted in drug diversion

Professor Janssen told the Office of Research & Tech Transfer that their study found that, somewhat surprisingly, it was not the large pharmacy chains that were exacerbating the problem, even though they would perhaps have been less afraid of the regulators, but rather relatively small, independent pharmacies as many had effectively turned a blind eye to forged or multiple prescriptions to increase their profits. Although Professor Janssen said they could not be “super sure” as to the reasons for this, “we have some ideas.”

The research also focused on the dispensing of OxyContin, a highly addictive painkiller, which the authorities had decided to reformulate in 2010 to try and reduce its abuse. Even so, the study found that independent pharmacies had dispensed 60.5% more OxyContin between 2006 and 2012, compared with the chains. It states that “at least a third of the difference in the amount of OxyContin dispensed can be attributed to non-medical demand.”

OxyContin was regarded as a “key indicator,” Professor Janssen said, as it “worked in such a way that late-stage cancer patients would take one pill and have a constant dosage for eight hours. So, it’s very well designed for these specific patients. But because it’s for eight hours, this dosage is very high and when you misuse the tablets, you get an eight-hour dosage in a one-time usage. This is why these pills are abused by drug users. And when hooked on a high dosage, most of the users went into illicit markets, using heroin or fentanyl instead of OxyContin.”

Stronger monitoring and regulations may be needed

In concluding their paper, the researchers found that competitive pressures and whether individual pharmacists are the owners of the businesses are two “likely” reasons as to why retail pharmacies, especially independent pharmacies, have contributed to the opioid crisis. Given these findings, they said, “policymakers might need to reconsider the effects of competition and consolidation in the retail pharmacy industry. Chain pharmacies may have (fewer) incentives for drug diversion, yet their growth may spur increased pressure toward wrongdoing for the remaining independent pharmacies. To counteract this tendency, policymakers may want to consider whether there is a need to strengthen monitoring and regulation of small independent pharmacies, which are often overlooked in the larger debate over consolidation in the health care industry.”

Although individual states in the US have taken steps to introduce more robust tracking systems, the US has some way to go before it has a centralized system as in countries such as Sweden and Singapore. Even if one state does have tight controls, someone deliberately wanting to by-pass those regulations could just drive across the border into a neighboring state, Professor Janssen said.