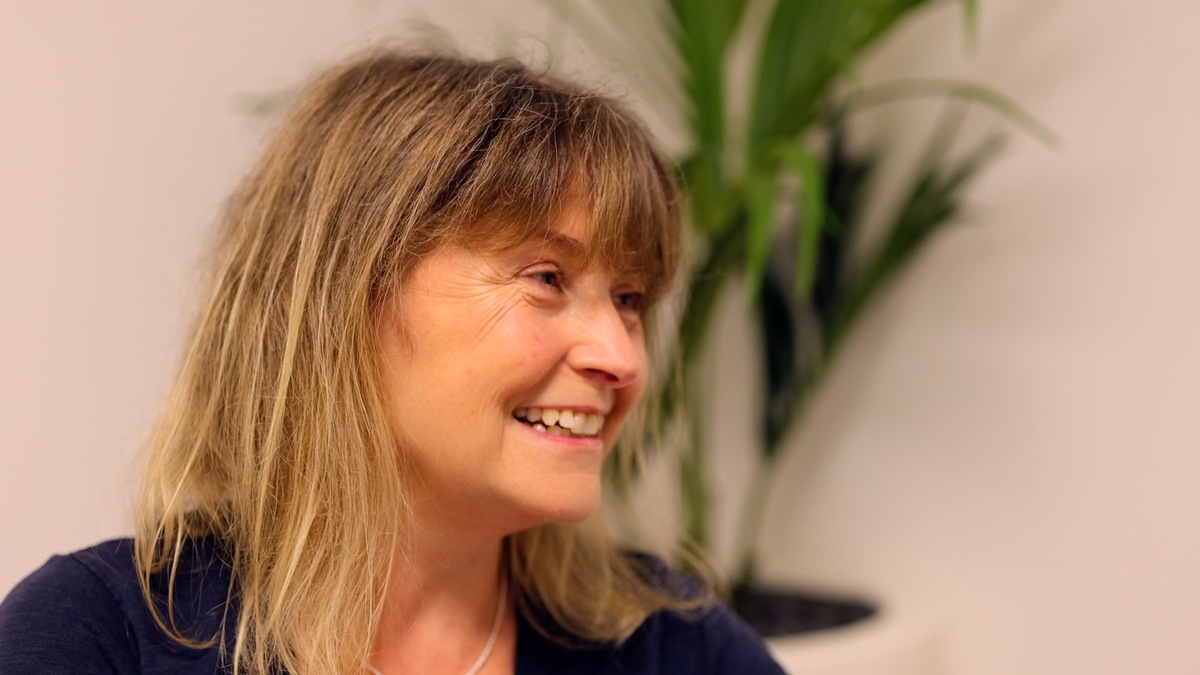 If someone had said to me that I would be in better shape after breast cancer treatment than I was before, I’d have thought they were crazy.

But as I started my final session in the exercise clinic, I felt a real sense of achievement that I was fitter, faster and stronger than I had been at the beginning of my prescribed program of exercise medicine.

We all hear about people who have been diagnosed with breast cancer, but before I became one of them, I really didn’t know an awful lot about it.

I was called for my first ever mammogram at the start of last summer and just assumed it would be routine – I was in my early 50s and had been expecting to get the invite for an appointment.

I have always checked my breasts for lumps and had never found anything that concerned me, so I wasn’t unduly worried about going.

Neither was I overly worried when I received a follow-up letter asking me to come to the hospital for further tests, as the nurse who had done my scan had explained that because it was my first mammogram this might well happen.

On the day of the extra tests, I was sitting in a waiting room with around eight other women.

After being diagnosed with breast cancer during a routine mammogram in November, Dawn Butler MP was grateful to find out it was caught early.

However, she learned that a million women missed out on their mammograms due to the pandemic, with an estimated 10,000 currently living with undetected breast cancer.

Determined to change that, Dawn has launched a campaign with Metro.co.uk to get a million women to book their missed screenings.

If you have been inspired to do so after hearing Dawn’s story, please let her know on her website, emailing us or using #FindTheMillion on social media.

Covid meant that we were all on our own and, as those women were whittled down one by one after being seen, I, in contrast, was working my way through all the extra tests that I had been told ‘might’ be necessary.

When one of the incredibly kind breast nurses took me to a quiet room, complete with two chairs and a waiting box of tissues, it became clear that I was not about to be one of the relieved hospital leavers.

When I had walked into the unit that day my life was a certain way, and when I left it was never going to be the same again. Everything changed in a second. It was overwhelming and terrifying, and I was hit with a complete sense of disbelief that this could be happening to me.

Until I was suddenly in the eye of the storm myself, I had no idea how common breast cancer is or just how many of us – of all ages – are affected by it.

Before I had even really had time to grasp the full impact of the diagnosis, my treatment plan was underway.

I had lumpectomy to remove the cancer, and fortunately the area around it and my lymph nodes were clear. However, the type of cancer I had meant that, in addition to radiotherapy, I was also going to need chemotherapy to give me the best chance of it not coming back in the future.

That was the moment I felt like the rug was completely pulled out from under me.

I was terrified. I think we all have a picture in our mind as to what chemotherapy does to you – and I was expecting to be unable to get out of bed for months on end, that I wouldn’t be able to function as a mum to my teenage girls or do any of the things that I would normally enjoy.

So, I was surprised when my oncologist at GenesisCare asked if I would be interested in attending the hospital’s exercise medicine clinic while I was undergoing treatment.

He explained that 60% of patients with breast cancer reported a positive health change having participated in exercise medicine during their treatment, and I jumped at the chance to try it.

You always think that staying fit and exercising will help to keep you healthy, but I’d never thought that it could play such a positive role when you are sick, and actually help your body deal with intensive treatments like chemotherapy.

I’d certainly never been fanatical about fitness prior to my diagnosis, but I have always tried to keep myself healthy through eating well and exercising and, having grown up on a farm, the outdoors has played an important role in my life.

But being offered the chance to do something that would help me feel better gave me a tiny bit of control in what felt like spiraling circumstances.

Five months of chemotherapy – especially with the added complication of the pandemic – felt like it went on forever. There were days when I didn’t feel great but exercising – whether that was going for a walk or attending one of my two-weekly sessions at the exercise clinic – gave me a purpose, and the need to get up to do something became a positive focus.

At the GenesisCare clinic I was given a prescribed exercise programme, that included all the sorts of exercise you’d expect – strength, conditioning, cardio. It’s a regular gym and going there also gave me a sense of normality, despite the reality being far from it.

Every day was different and some days were harder than others, but I always felt better on the other side of exercise. And I noticed that on days when I did feel tired, I had a resurgence of energy after doing my sessions.

Looking back now, exercise became my chance to stick two fingers up to a terrible situation and if I managed to get out of bed, then out of my house and complete a walk, or an exercise session, I felt like I had had a ‘win’.

It was also empowering to make that decision to get in the car twice a week to go to the clinic for the exercise sessions. I hadn’t chosen to have cancer, so many of my trips there were non-negotiable but, when it came to working out, I was making the choice to do something for myself in amongst all the negative chaos that cancer had brought into my life.

Exercise also helped balance my anxiety levels – I’d become a member of a club we all hope we’ll never be part of and working out and feeling stronger in myself helped turn down that panic dial.

Even now, the whole experience of being diagnosed and undergoing treatment for breast cancer feels incredibly surreal – as if it happened to a different person.

My diagnosis came out of the blue after my first ever mammogram when I had no idea that anything was wrong, and I would encourage everyone to take up that invitation for a scan when it arrives.

I’m so grateful that I did and that my cancer was caught early. And if anyone out there finds themselves in a similar situation to the one I found myself in and is thinking about trying exercise as part of their treatment, please do. I can’t recommend it enough.

I’ve just had my first yearly check-up and thankfully it was clear. Exercise is still a big part of my life and I’m still getting the hit of the ‘win’ whenever I finish a walk, or a workout.

I never expected it to play the part it has during, and recovering, from cancer treatment, but I couldn’t be more grateful for the positive boost it has given me during an incredibly challenging time in my life.