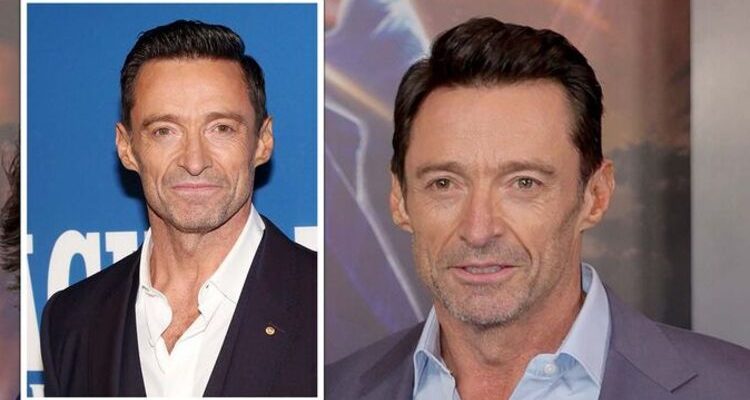 Skin cancer: Dr Chris outlines the signs of a melanoma

The actor has had a malignant form of cancer several times over the years, which he says is expected “being an Australian”. In a recent social media video, he pulled down a surgical Covid mask to reveal a plaster on his nose covering the impact of his latest biopsy.

The biopsy, which involves removing some of the affected skin so it can be examined, was part of one of the regular checkups after the actor was first diagnosed with a skin cancer called Basal Cell Carcinoma in 2013.

In the post, he said: “I just want to let you know, I just went to see … my amazing dermatologists and doctors, and they saw something that was a little irregular.

“So they took a biopsy, and they’re getting it checked…

This means he will have to get another biopsy when he has finished his current filming.

But the star has been very vocal about how he expects cancer to come back again and again.

In 2015, following his first battle with the disease, he described himself as a “prime candidate” for the condition given his background.

A basal cell carcinoma, as the name suggests, is a cancer that originates in the basal cells which are responsible for producing other skin cells when old ones die.

According to Mayo Clinic, they are thought to be caused by long term exposure to UV radiation.

Jackman said: “It’s the new normal for me…

“My doctor says I’ll likely have more, and if that’s your cross to bear in life, you should be so lucky,” he told People.

The star continued: “It’s always a bit of a shock just hearing the word cancer. Being an Australian it’s a very common thing.

“I never wore sunscreen growing up so I was a prime candidate for it.”

When he was 47, the star, who has been open about his cancer battles, published a similar post to his most recent one on Instagram revealing his fifth run-in with this form of cancer.

The star has been open about how he would never wear sunscreen growing up.He told ABC in 2015: “I don’t think my dad or mom ever bought it or made us put it on.

“The thing I remember most, the rule about being outdoors was you weren’t allowed to swim within half an hour of eating … and it’s not true.”

These growths tend to grow on sun exposed parts of the body.

For Jackman, it was his nose but for many people these cancerous growths tend to occur on the head and neck, suggests Mayo Clinic.

The symptoms of the condition include a shiny, skin coloured bump, a brown, black or blue lesion, a flat scaly patch, or a white, waxy looking legion.

Luckily, according to the NHS, treatments for skin cancers like this are normally successful.

These types of cancers, while malignant, do not usually spread around the body, although there is always a risk if not treated early.