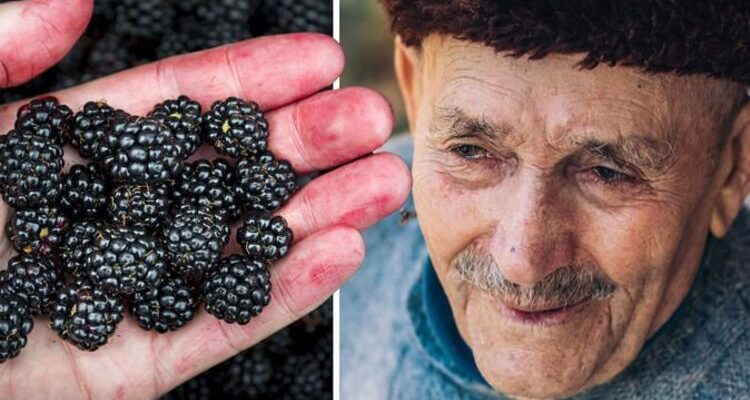 The quest to extend health span and delay biological ageing has long fascinated Western society. But many researchers believe nature has already made the answers readily available to us. A recent study has shown that adherence to a diet that emphasises the right nutrients could reverse a biological clock by more than three years. It found that by sparking changes to DNA, foods such as leafy greens, berries and cruciferous vegetables could help reverse ageing.

The 2021 research paper published in the journal Ageing, found that the foods targeted epigenetic processes and improved lifespan.

The researchers stated: “To our knowledge, this is the first randomised controlled study to suggest that specific diet and lifestyle interventions may reverse […] epigenetic ageing in healthy adult males.”

For the study, participants were introduced to an eight-week program that included diet, sleep, exercise, supplemental probiotics and phytonutrients and relaxation guidance. A sample of controls received no intervention.

Results showed that the diet and lifestyle treatment were associated with a three-year and eight-week reversal in participants’ biological clock.

The study’s lead author, Kara Fitzgerald, noted: “The combined intervention program was designed to target a specific biological mechanism called DNA methylation and in particular the DNA methylation patterns that have been identified as highly predictive of biological age.

“We suspect that this focus was the reason for its remarkable impact. These early results appear to be consistent with, and greatly extend, the very few existing studies that have so far examined the potential for biological age reversal.

“And it is unique in its use of a safe, non-pharmaceutical diet and lifestyle programs, control group, and the extent of the age reduction.

The team announced they were enrolling participants for a larger scale study which they expect to corroborate the findings.

The lead author continued: “What is extremely exciting, is that food and lifestyle practices, including specific nutrients and food compounds known to selectively alter DNA methylation, are able to have such an impact on those DNA methylation patterns we know predict ageing and age-related disease.

“I believe that this, together with new possibilities for us all to measure and track our DNA methylation age, will provide significant new opportunities for both scientists and consumers.”

Leafy greens, which include kale, spinach and Swiss chard, have previously been shown to trigger changes in DNA.

The substances neutralise free radicals in the body, helping protect it from oxidative stress, which is associated with ageing and disease.

Researchers believe that by reversing biological clocks, foods high in antioxidants could stave off the disease ensued by ageing.

It comes as scientists have managed to anti-age skin cells and rejuvenate them by 30 years using molecules known as Yamanaka factors.

The team in Japan developed a technique to transform adult skin cells into cells by inserting molecules known as Yamanaka factors.

They found that just 50 days of exposure to the molecules could reverse cell development, without compromising their functionality.

Using skin samples, the researchers exposed the cells for just 13 days to partially anti-age them, before leaving them to grow.

They later found the reprogrammed cells resembled those that belonged to people who were 30 years younger.

The team believe the findings could be useful in the future treatment of skin conditions but hope to extend their research to other cell types first.