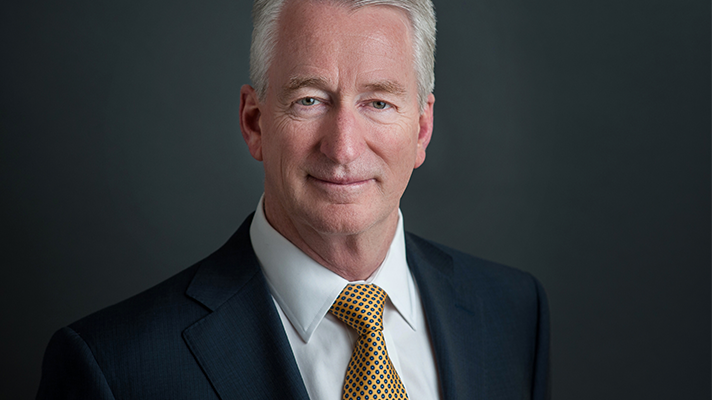 HIMSS and CHIME announced Monday that Ed Kopetsky is the 2019 John E. Gall Jr. CIO of the Year.

The award is named for the person who pioneered the first fully integrated medical system in the world, at El Camino Hospital in California in the 1960s.

“Ed Kopetsky epitomizes the values and traits that all in health strive to achieve,” said Hal Wolf, CEO of HIMSS, parent company of Healthcare IT News. “Mission driven, technically innovative and highly respected among his peers. A longtime HIMSS member and contributor, Ed has focused his personal passions into improving the lives of countless individuals. It is a privilege to honor Ed as our CIO of the Year.”

CHIME CEO Russell Branzell added: “Ed is one of the most courageous people I know.”

Kopetsky lost a son to an accidental overdose and responded by helping to build and ultimately co-chair the CHIME Opioid Task Force just months later.

“Ed has turned a personal tragedy into a mission for CHIME and our members that already is saving lives,” Branzell said. “He has a vision of what can be achieved when healthcare IT leaders work together, and with his leadership we are making inroads against this devastating opioid epidemic.”

Between CIO posts, Kopetsky was a partner at Healthlink, a professional services firm IBM acquired in 2005.

And he has a long history with both HIMSS and CHIME. He first became active with HIMSS in 1987, went on to start the San Diego Chapter in 1998, which he chaired, and continued participating with the association on a path that led him to join the HIMSS Executive Institute.

Kopetsky was also among the founding members of CHIME in 1992. Since then, he has been a board member, CHIME chair, and a member of the CHIME Foundation’s board.

“I have had the great fortune to work with and learn from many healthcare executives and IT leaders, and to have talented teams working alongside me throughout my career,” Kopetsky said. “I am honored to have been nominated, and to have CHIME and HIMSS select me for this award.”

Kopetsky will be formally presented with the award at HIMSS19, which runs Feb. 11-15 in Orlando.

Healthcare IT News is a HIMSS Media publication.