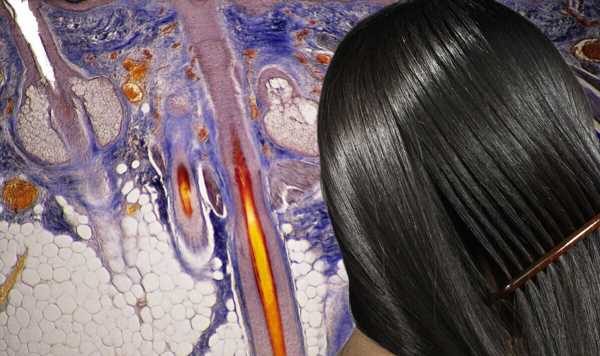 Hair loss is inextricably linked with a host of factors, such as stressful life events and nutritional deficiencies. Where these factors are the cause, hair loss can usually be restored. Certain widely used hair-care products, however, are believed to cause scarring of the hair follicles, preventing regrowth.

A new survey has highlighted concerns among Black British women regarding the dangers of lye-based hair relaxers.

The survey, published in The Independent, revealed a staggering 97 percent of respondents believe lye-containing products should be banned from the market.

The main active ingredient in lye-based hair relaxers is sodium hydroxide, which is highly effective in breaking down the hair’s bonds.

It is one of the most widely used products because of its ability to straighten the hair quickly.

The chemical can be fatal or swallowed, but long-term exposure may also cause havoc to physical health.

According to the Agency for Toxic Substances and Disease Registry, sodium hydroxide can be “very corrosive and cause severe burns in all tissue it comes into contact with”.

One Londoner recently shared her plight after discovering chunks of hair were missing from the back of her head.

Seri Falodun-Lubird has since launched a campaign against the relaxers sold by big beauty brands.

Speaking to MyLondon, The 24-year-old said: “I was absolutely terrified. I could feel it getting thinner and thinner in the back but I couldn’t actually see it.

“Like a quarter of my head in the back on the left hand side, hair just stopped growing there and it would start to go bald.”

Experiencing burning during the application of relaxants hasn’t been uncommon for Seri.

She continued: “[…] The next few days, you have scabs, across along your hairline or anywhere on your scalp. But it’s something that you’ve come to accept as part of the process.”

According to the Trichology Clinic, chemical relaxers could be a source of damage to the scalp and follicles which leads to their inflammation.

Although there may not be a direct link between chemical relaxers and CCCA, the effects of the product may definitely lead to scarring, according to the health platform.

One of the eventual outcomes of scarring of the hair follicle is irreversible hair loss.

Repeated contact with sodium hydroxide, which can be found in certain soaps, paper and oven cleaners, may cause dermatitis.

According to the TN Department of Health: “Contact with very high concentrations of sodium hydroxide can cause severe burns to the eyes, skin digestion system or lungs, resulting in permanent damage or death.”

Continuous inhalation, too, can lead to permanent damage.