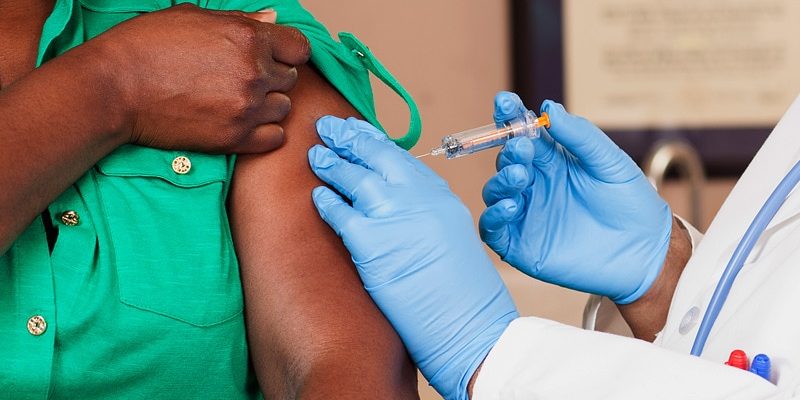 A newly developed influenza vaccine against a potentially pandemic variant of the influenza virus, the H5N1 subunit virus, has been shown to be highly immunogenic in younger and older adults. In a randomized, phase 3, multicenter study, the experimental vaccine elicited high hemagglutination inhibition titers in patients aged 18 and 64 as well as those 65 and older.

“Like other avian influenza viruses, influenza A (H5N1) viruses primarily circulate among wild and domestic birds and poultry, and these viruses do not normally infect humans,” Matthew Hohenboken, therapeutic area head, pandemic and other vaccines, Seqirus, told Medscape Medical News in an email.

“Given this, most of the population has no existing immunity to influenza A (H5N1), so if the virus were to become transmissible from person to person, while retaining its capacity to cause severe disease, the consequences for public health could be severe,” he added.

The study was published online March 23 in Vaccines.

The study stratified 3196 participants into two age groups, those aged 18 to 64, and those aged 65 and older. Each group received one of three consecutively produced aH5N1c vaccine lots and were given either two doses of vaccine or placebo 3 weeks apart on day 1 and day 22. “After the second vaccination, subjects were monitored for 12 months for safety, for a total study duration of approximately 13 months per subject,” the authors note.

Immunogenicity endpoints were assessed by hemagglutination inhibition assay against the H5N1 vaccine strain according to standard methods. Geometric mean ratios (GMRs) were assessed at day 22, day 43, and day 183, each as compared to day 1.

“The coprimary study objectives were to determine lot-to-lot consistency across three consecutively produced lots of the aH5N1c vaccine in terms of geometric mean titers (GMT) and achievement of US Center for Biologics Evaluation and Research (CBER) criteria for the percentage of subjects achieving an hemagglutination inhibition (HI) antibody titer ≥1:40,” the investigators state.

As assessed by GMRs, increases were larger in young vaccine recipients than in those 65 years of age and older, as would be expected in light of immunosenescence. The European Medicines Authority Committee for Medicinal Products for Human Use immunogenicity criteria were met by day 43 in both age groups as well. These criteria include GMRs, proportion of subjects with HI≥1:40, and seroconversion rates.

Injection site pain was the most common adverse event reported by half of vaccine recipients, vs approximately 15% of placebo recipients, and was more common among younger than older subjects.

“The majority of pain reported was of mild or moderate intensity and mostly resolved within a couple of days following vaccination,” the authors underscore. “And the aH5N1c vaccine was safe, well tolerated and shown to have an acceptable risk-benefit profile overall.”

The authors stress that in pandemic preparedness planning, consideration must be given to the capacity of manufacturers to produce an effective vaccine. “Influenza vaccine manufacturing has relied on embryonated chicken eggs to produce antigens for over 50 years,” they point out. However, during a pathogenic avian influenza outbreak, egg quantity and quality might be compromised.

Instead, manufacturers focused on developing an MF59 — adjuvanted, cell culture–derived monovalent pandemic influenza vaccine — because cell cultures are not subject to the potential limitations of egg-based vaccine production. Cell-based manufacturing may also facilitate more rapid production to meet the needs of a population facing yet another pandemic, the authors note. “It is difficult to predict where outbreaks may occur,” Hohenboken added.

There is a notable level of avian influenza A circulating among wild birds and farmed birds, particularly in the United Kingdom, Europe, and North America, he observed. The virus has also caused sporadic human infections since 1997, mainly in Asia and Egypt.

“As well as being prepared to provide a rapid response with strain-matched pandemic influenza vaccines, we can provide governments with pre-pandemic (zoonotic) vaccines for stockpiling, which would allow frontline workers and/or other priority groups, as defined by national public health policy, early access to a partially matched vaccine and which also enables governments to deploy these vaccines at a time of their choosing,” Hohenboken emphasized.

“And in the event that the World Health Organization declares [this] virus a pandemic, Seqirus will mobilize the production of our registered pandemic vaccines at our manufacturing facilities in the United States, the United Kingdom, and Australia,” Hohenboken promised.

Preparing for a Possible H5N1 Pandemic

Asked by Medscape Medical News to comment on the study, Gregory Poland, MD, professor of medicine and infectious disease, Mayo Clinic, Rochester, Minnesota, and director of the Mayo Vaccine Research Group, noted that there was concern in 2009 of the possibility of an H5N1 influenza pandemic occurring, so H5N1 vaccines were developed back then. “The problem was that they were not very immunogenic,” he said.

By adding the MF59 adjuvant — already shown to be highly immunogenic in another influenza vaccine (Fluad) in young infants and older adults — more robust immune responses were elicited, he noted. “Sparked by the COVID-19 pandemic, we now realize that what we have to have is a library of vaccines available in the event of a pandemic against viruses that have pandemic potential, so there is wisdom in doing that,” Poland said.

Traditionally, he noted, books would sit in library for years until somebody needed them. If, on the other hand, a person had to order a book from some central repository when they did needed it, “it wouldn’t be very helpful or effective,” he observed. “It’s maybe a poor analogy,” Poland said.

“But the idea is that we do need to have a library of vaccine platforms and actual vaccines that we can quickly manufacture in the event of our need,” he emphasized.

The H5N1 influenza virus is a potential pandemic threat because it is a novel antigen to humans against which we have no immunity.

The study was supported by Novartis Vaccines and Diagnostics Inc. Peterson has received study fees paid to his institution by Seqirus, Inc. Several of the authors are employees of Seqirus. Poland reports that he consults for all COVID-19 and influenza vaccine manufacturers in the West.