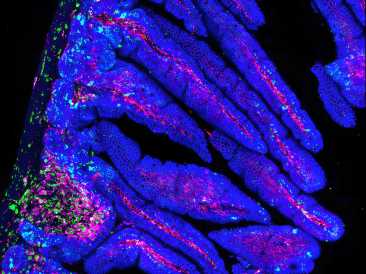 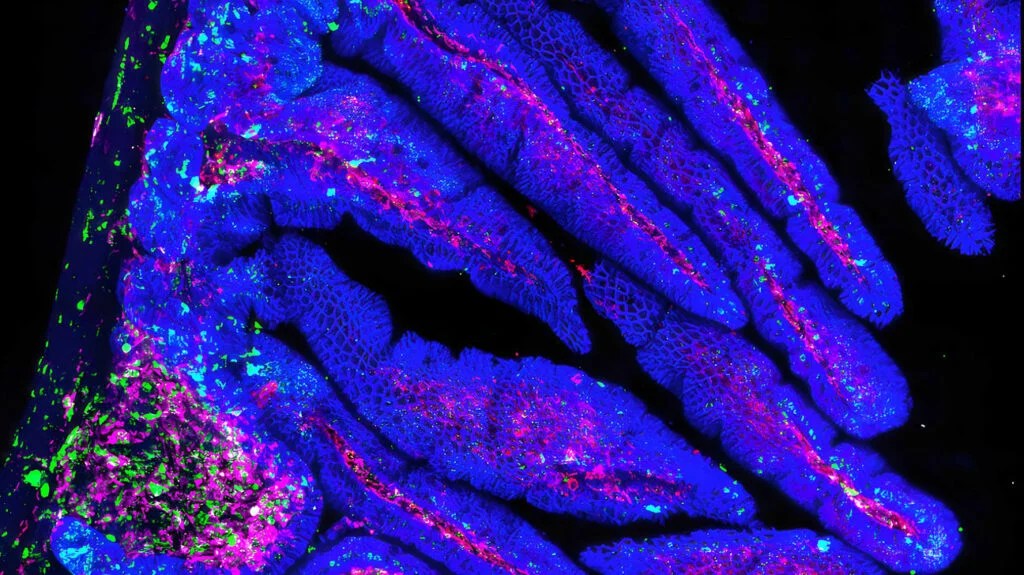 While we may consider ourselves individuals, each of us is a walking community of microorganisms. In our intestinal tract, we host trillions of microbes that keep us healthy and can make us sick, collectively known as the microbiome. We also have countless microscopic lifeforms on our skin and elsewhere.

Given the attention paid to research regarding the role it plays in health and sickness, most of us have heard of the microbiome. Less known, and the subject of a new study, is the virome, a collection of viruses – some beneficial and some not — that we also host.

A new study from Massachusetts General Hospital suggests disturbances in the intestinal virome may be a cause of inflammatory bowel disease (IBD).

Both Crohn’s disease and ulcerative colitis are considered forms of IBD.

Dr. Kate L. Jeffrey, the corresponding author of the study, elaborated on the virome to Medical News Today:

“Given that the name ‘virus’ was coined from the Latin word meaning slimy liquid or poison and that viruses are considered obligate pathogens, a possibly ‘beneficial virome’ is surprising to many. The human intestinal virome is established at birth and dominated by bacteria-infecting viruses, while eukaryotic viruses gradually emerge after birth, and then both populations are shaped throughout life.”

“[M]uch like the microbiome, we humans never exist without a virome.”
— Dr. Kate L. Jeffrey

Previous research has suggested a correlation between disturbances in the virome and diseases such as IBD, but the authors of the study sought to move science’s understanding forward.

“As immunologists, we wanted to move beyond correlations and test if the virome, akin to the microbiome, autonomously contributes to human health, and when perturbed if it triggers inflammation and provokes disease,” said Dr. Jeffrey.

They got their answer by transplanting enriched virus-like particles (VLP) from people without intestinal inflammation and people with IBD.

The study is published in Science Immunology.

The researchers tested the effectiveness of two types of VLP on in vitro human cells: macrophages and intestinal epithelial cells.

“Both scenarios were dependent on sensing by the host innate immune system demonstrating that these viruses are not ignored, rather there is a constant cross-talk between the virome and the host.”

To confirm the findings, VLP were introduced to the intestines of healthy mice. Mice that received the healthy VLP were found to be protected from inflammation, while those given the IBD VLP developed intestinal inflammation.

“This is a super-interesting paper for the IBD and gut immunology community. The IBD virome seems to be pro-inflammatory independent of its effect on microbiome,” said Dr. Michael Fitzpatrick on Twitter. Dr. Fitzpatrick is a clinical lecturer in gastroenterology and nutrition at the University of Oxford, and was not involved in the study.

“The holy grail would be to definitively demonstrate that individual culprit viruses contribute to the predisposition of disease and/or inflammation flares and generate vaccines that protect,” she said.

“[Finding the individual culprits] would be a game-changer in the arena of complex immune and autoimmune diseases.”
— Dr. Kate L. Jeffrey

The two possible culprits under surveillance are the Caudovirales order of bacteriophages and enteroviruses from the Picornavirus family of eukaryotic viruses. The researchers found a significant elevation in the level of these organisms in colon tissue from IBD patients.

Dr. Jeffrey pointed out that enteroviruses were already linked to diabetes. She said enteroviruses had been missed in previous analyses of feces, which solidified the importance of searching in tissues.

Dr. Jeffrey said they also found “copious dark matter” that they could not yet identify. She explained that this was largely due to the lack of data on viruses.

“Viruses infecting animals, plants, fungi, and protozoans (collectively eukaryotic viruses) number around 100 million species while those infecting bacteria are estimated at 10 trillion. Currently, the National Center for Biotechnology Information (NCBI) Genomes database contains only ~10,000 complete viral genome sequences (as of 2021), a small fraction of the overall global diversity,” she said.

It is likely that the virome’s “dark matter” consists of currently unknown bacteriophages and eukaryotic viruses, a state of affairs Dr. Jeffrey calls “both humbling and motivating.”