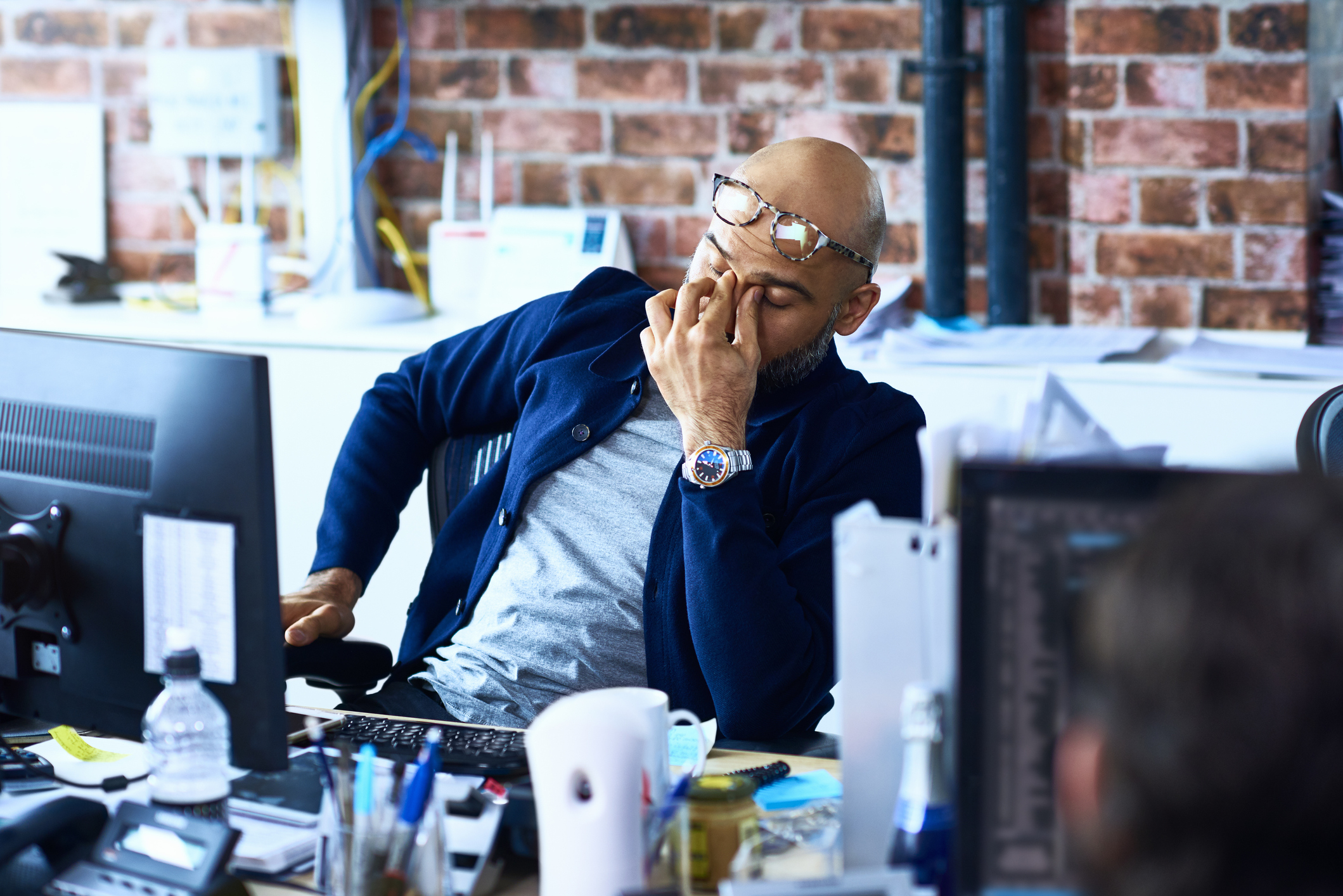 New research has found that 86% of workers say they have too much on to get away from their desk during business hours, and 54% admit they spend a whopping eight hours sitting there.

However, it’s seemingly not down to a desire to stay sat down during the whole workday, as 72% said they want to move more.

Magic Mountain, which creates and manages wellness campaigns for workplaces, teamed up with the Chartered Institute for the Management of Sport and Physical Activity (CIMSPA) to conduct the survey, which also found that one in three workers (34%) are afraid to leave their desks in case people think they are not working.

On top of that, a worrying 63% only go outside for 10 minutes or less during the working day.

We know that sitting for prolonged periods is bad for our health, so this is bad news for both the mental and physical wellbeing of those in the workforce.

Studies have shown that those who spend long periods of time sitting are more likely to develop type 2 diabetes, high blood pressure, some types of cancer, and cardiovascular disease.

A huge 89% also said their productivity is significantly impacted by tiredness and a lack of energy – so not even the bosses working their employees to the bone are benefiting here.

Katy Brown, CEO at Magic Mountain, said: ‘Wellbeing is no longer a “nice to have”. It has to become an integral part of your business strategy.

‘Almost everyone we spoke to (98%) said employers have an important role to play in supporting their wellbeing, while 64% would find another job if they didn’t feel their wellbeing was supported at work.

‘Despite this, only 44% of companies have a wellbeing strategy in place.’

As if that’s not enough consequences to be getting on with, many respondents also reported feelings of increased stress (81%) and anxiety (75%) – which makes sense, given how important taking breaks and going outside can be for our mental health.

Katy said: ‘Simply put, our research has shown that thousands of workers across various sectors and industries are surviving, not thriving.

‘I’ve experienced first-hand what happens when our work conflicts with our wellbeing, and it’s my mission to help turn the tide on the workplace wellbeing epidemic we’re currently facing.

‘Nobody should have to choose between meaningful work and their health, and yet that is all too often the case.’

Interestingly, even though these numbers don’t seem to show a lot actively being done to help staff feel less overworked, 65% reported feeling wellbeing is a priority for their leadership teams.

Oliver Patrick, leading physiologist and co-founder of Future Practice, said: ‘Increased daily movement can play a significant role in reducing the incidence, and impact, of chronic stress, anxiety and depression – and reduce the risk of their physical manifestations.

‘Movement stabilises our blood glucose, reducing our diabetes and disease risk while increasing our productivity. We know it can also have a positive impact on musculoskeletal pain, digestion and energy levels.

‘Change doesn’t necessarily need to be grand gestures, it could simply be a quick stretch or a stroll a couple of times an hour at first, but employers need to foster a culture where this is actively encouraged.’