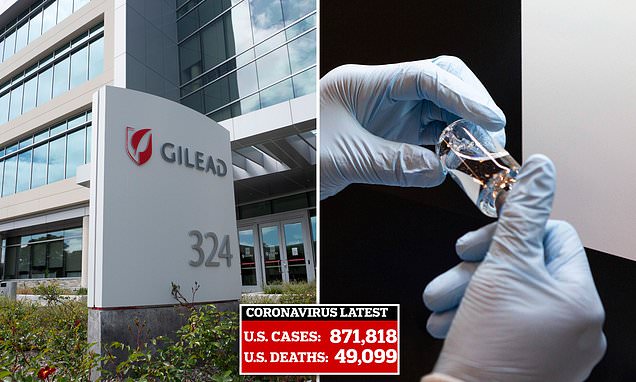 A US pharmaceutical company is disputing reports that its experimental antiviral drug failed to help patients patients with severe cases of the novel coronavirus.

On Thursday, the World Health Organization (WHO) prematurely posted a draft summary of a trial of the drug remdesivir, made by California-based Gilead Sciences.

Originally developed as a treatment for Ebola, the medication has been shown to fight against coronaviruses such as severe acute respiratory syndrome (SARS), which is a cousin of the new virus.

Early results from a study in China found that remdesivir neither improved the  conditions of coronavirus patients nor reduced the virus’ presence in their bloodstreams.

However, the drugmaker said the draft document contained ‘inappropriate characterizations’ and called the study’s findings ‘inconclusive.’

The WHO prematurely posted a draft summary of a Chinese trial being conducted on coronavirus patients using the drug remdesivir. Pictured: A vial of the investigational drug remdesivir is visually inspected at a Gilead manufacturing site in the US, March 2020 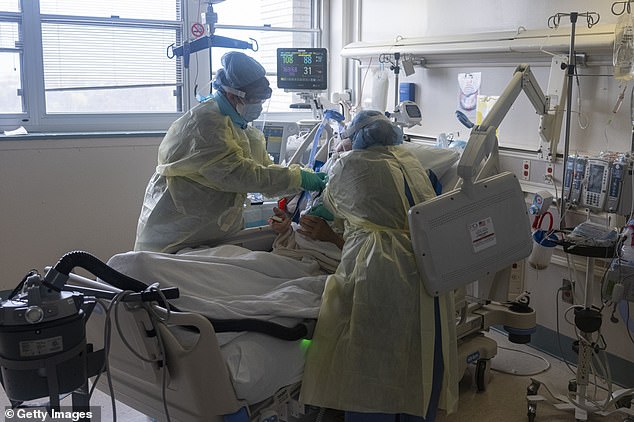 The document said remdesivir neither improved the conditions of coronavirus patients nor reduced the virus’ presence in their bloodstreams. Pictured: Two nurses assess the breathing ability of a coronavirus patient using oxygen on the ICY floor at the Veterans Affairs Medical Center in Brooklyn, New York, April 21 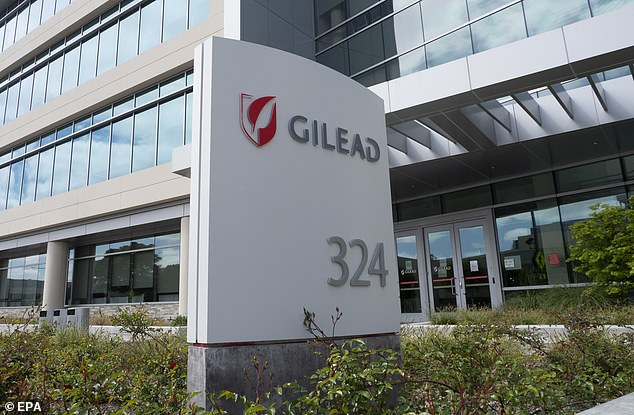 But Gilead Sciences (pictured) said the document contained ‘inappropriate characterizations’ of the study, which was terminated early due to low enrollment

Gilead shares fell more than four percent after the data was inadvertently released and first reported by the Financial Times.

Interest in remdesivir has been high because there are currently no approved treatments or preventive vaccines for COVID-19, the disease caused by the virus, which has sickened more than 871,000 and killed more than 49,000 in the US.

Doctors have been desperate for anything that might alter the course of the disease that attacks the lungs and can shut down other organs in extremely severe cases.

In the Chinese trial for remdesivir, which was given by intravenous infusion, the drug failed to improve patients’ conditions and to reduce the pathogen’s presence in the bloodstream.

But details were thin and suggested limitations in interpreting the data that has not yet been fully reviewed.

A screenshot of the WHO posting, captured by STAT News before it was taken down, said the trial enrolled 237 patients with 158 receiving remdesivir compared with 79 who got a placebo.

The rate of death was similar at 13.9 percent for remdesivir versus 12.8 percent in the control group.

‘It’s still not that large of a study and therefore the statistics coming out of the trial aren’t exactly robust,’ Mizuho analyst Salim Syed said in a research note.

Gilead said the WHO’s posting included inappropriate characterizations of the study, which was terminated early due to low enrollment and, as a result, cannot be used to make statistically meaningful conclusions.

‘We regret that the WHO prematurely posted information regarding the study, which has since been removed. The investigators in this study did not provide permission for publication of results,’ a Gilead spokesperson said in a statement to CNBC.

‘The study results are inconclusive, though trends in the data suggest a potential benefit for remdesivir, particularly among patients treated early in disease.’

The company did not immediately reply to DailyMail.com’s request for comment.

Other analysts drew some conclusions anyway. ‘This Chinese controlled dataset will drive the prevailing view of remdesivir, which is that it likely isn’t working in severe patients,’ said Raymond James analyst Steven Seedhouse. 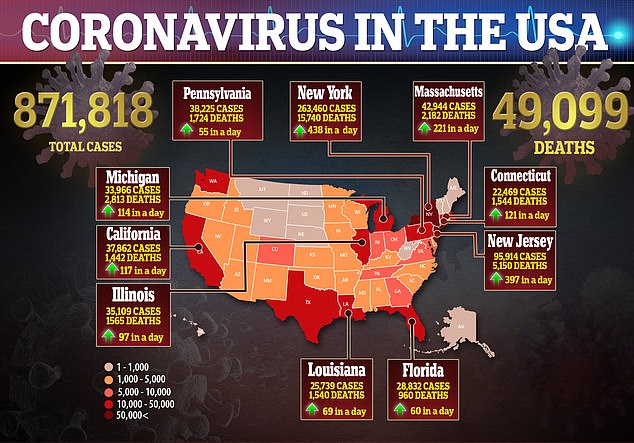 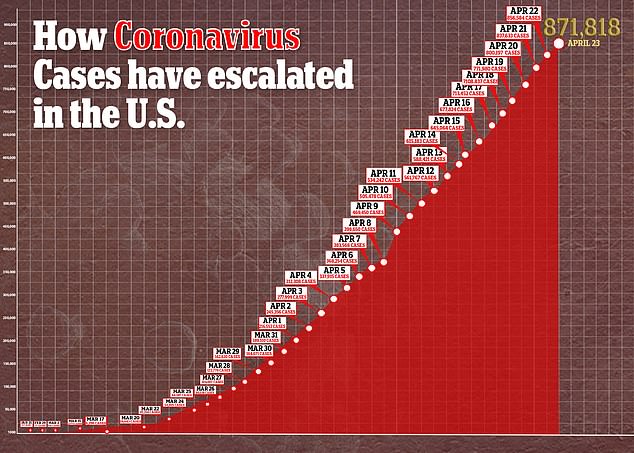 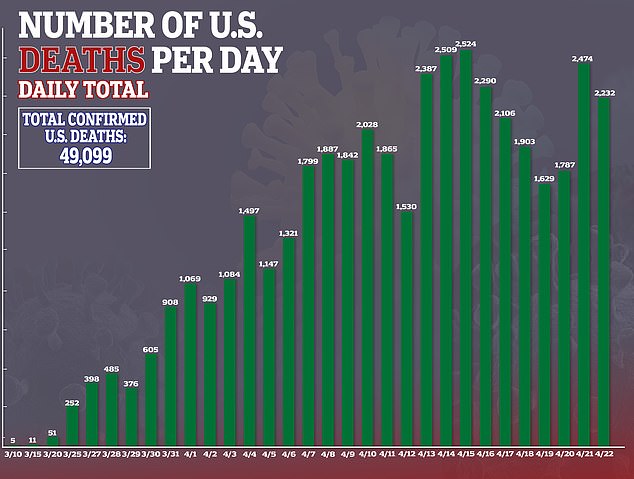 Despite Gilead stating that the results were ‘inconclusive,’ some analysts drew conclusions anyway.

‘This Chinese controlled dataset will drive the prevailing view of remdesivir, which is that it likely isn’t working in severe patients,’ said Raymond James analyst Steven Seedhouse.

Doctors have speculated that an antiviral drug like remdesivir would likely be most effective when administered as early as possible in the course of the disease as it is designed to help keep the virus from replicating in the blood.

‘Once the horse is out of the barn, it is really hard to bring in,’ said Dr Kevin Grimes, an infectious disease specialist at Houston Methodist Hospital who was not involved in the study.

‘If you can catch it before it has left the barnyard it is a lot easier to deal with.’

The WHO said the draft manuscript is undergoing peer review before it will be officially released.

The news comes days after another report detailed rapid recovery in fever and respiratory symptoms in some patients with COVID-19 who were treated with remdesivir at the University of Chicago Medicine hospital.

Gilead is testing remdesivir in multiple trials, with results from a study involving 400 patients hospitalized with severe COVID-19 expected later this month.

Expectations for that trial may now be dampened somewhat by the leaked data from the Chinese study.

A separate trial in China testing the drug in patients with more moderate symptoms last week was also suspended due to a lack of eligible patients.