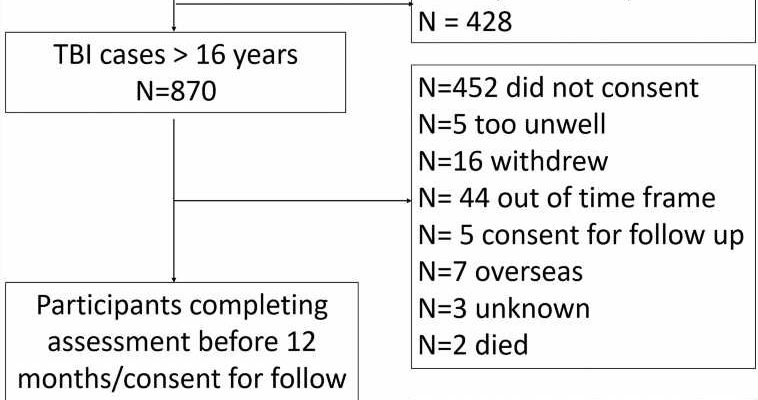 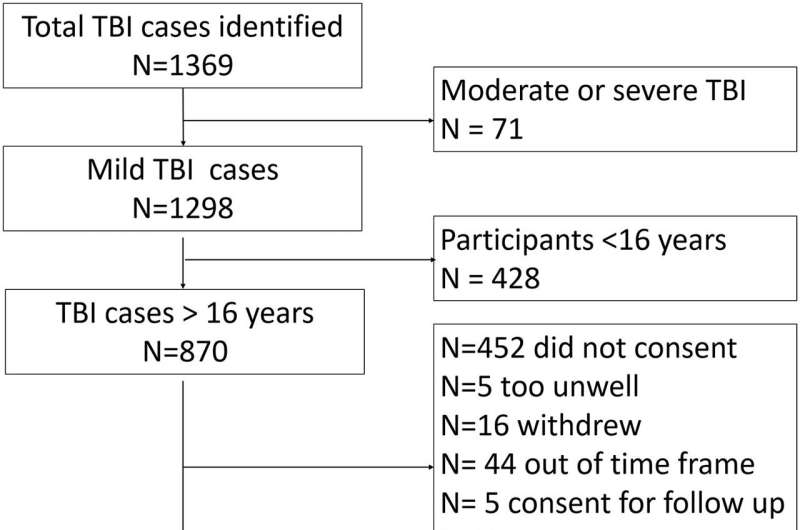 As the team notes, a lot of research has been done on moderate and severe traumatic brain injury (TBI) but little has been done to learn about the health implications of those who experience mild TBI. Some research has suggested that people who experience a mild TBI can have lingering symptoms and that mild concussions can lead to ailments such as heightened anxiety, PTSD or difficulties in carrying out job responsibilities.

To learn more about the fate those who experience mild TBI events, the researchers obtained data from the BIONIC study for participants during the years 2010 and 2011. In analyzing the data, they found 1,298 people who had experienced a mild TBI, of which just 346 had completed a survey regarding their symptoms and 151 of those who had completed a follow-up survey eight years later.

In looking at the data, the researchers found that approximately one third of those who had completed the second survey reported experiencing negative associated symptoms eight years later. They also found something unexpected; women seemed to fare worse than men. Women with mild TBI events were twice as likely to experience PTSD or other health problems that they believed were related to their concussion, than were men. They also found that women who had experienced more than one TBI event were more adversely impacted than were men who had multiple events or women who had experienced only one event.