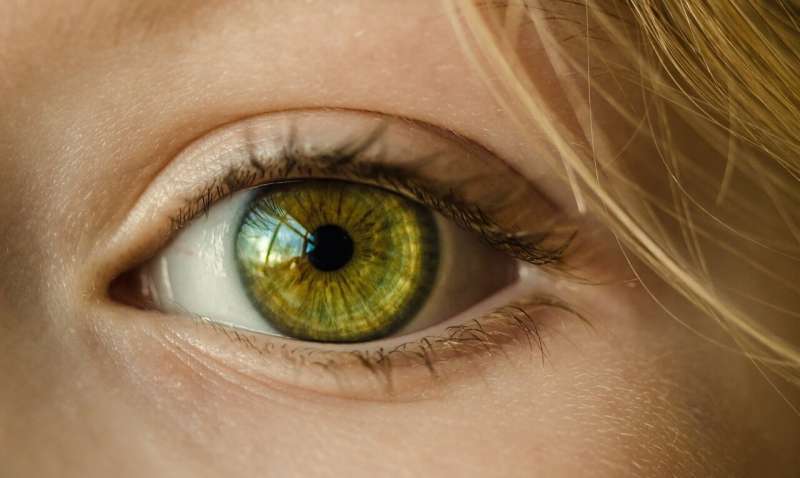 Females, on average, are better than males at putting themselves in others’ shoes and imagining what the other person is thinking or feeling, suggests a new study of over 300,000 people in 57 countries.

Researchers found that females, on average, score higher than males on the widely used “Reading the Mind in the Eyes” Test, which measures “theory of mind” (also known as “cognitive empathy”). This finding was observed across all ages and most countries.

The study, published in the Proceedings of the National Academy of Sciences, is the largest study of theory of mind to date.

A fundamental part of human social interaction and communication involves putting ourselves in other people’s shoes, to imagine another person’s thoughts and feelings. This is known as “theory of mind” or “cognitive empathy.”

For decades, researchers have studied the development of theory of mind, from infancy to old age. One of the most widely used tests with which to study theory of mind is the “Reading the Mind in the Eyes” Test (or Eyes Test, for short), which asks participants to pick which word best describes what the person in the photo is thinking or feeling, just by viewing photos of the eye region of the face.

The Eyes Test was first developed in 1997 by Professor Sir Simon Baron-Cohen and his research team at Cambridge, and was revised in 2001, and has become a well-established assessment of theory of mind. It is listed as one of two recommended tests for measuring individual differences in “Understanding Mental States” by the National Institute of Mental Health in the US.

Over the decades, many independent research studies have found that females on average score higher than males on theory of mind tests. However, most of these studies were limited to relatively small samples, without much diversity in terms of geography, culture, and/or age.

To address these shortcomings, a team of multidisciplinary researchers led by Cambridge University and with collaborators in Bar-Ilan, Harvard, Washington, and Haifa Universities, as well as IMT Lucca, has merged large samples from different online platforms to analyze data from 305,726 participants across 57 countries.

The results showed that across the 57 countries, females on average scored significantly higher than males (in 36 countries), or similar to males (in 21 countries), on the Eyes Test. Importantly, there was no country where males on average scored significantly higher than females on the Eyes Test. The on-average sex difference was seen across the lifespan, from 16 to 70 years of age. The team also confirmed this on-average sex difference in three independent datasets and on non-English versions of the Eyes Test, spanning eight languages.

Dr. David M. Greenberg, the lead scientist on the study, a Zuckerman Scholar at Bar-Ilan and Honorary Research Associate at Cambridge, said, “Our results provide some of the first evidence that the well-known phenomenon—that females are on average more empathic than males—is present in wide range of countries across the globe. It’s only by using very large data sets that we can say this with confidence.”

Although this study cannot discern the cause of this on-average sex difference, the authors discuss on the basis of prior research that this may be the result of both biological and social factors.

Professor Sir Simon Baron-Cohen, Director of the Autism Research Centre at Cambridge University, and senior author on the study, said, “Studies of on-average sex differences say nothing about an individual’s mind or aptitudes, since an individual may be typical or atypical for their sex. The Eyes Test reveals that many individuals struggle to read facial expressions, for a variety of reasons. Support should be available for those who seek it.”

The researchers also showed that, in addition to sex, “D-scores” (the difference between a person’s drive to systemize and their drive to empathize) are a significant negative predictor of scores on the Eyes Test. This adds to an earlier study led by Greenberg in 2018 of over 650,000 participants, also published in PNAS, which found that D-scores accounted for 19 times more of the variance in autistic traits than did sex or indeed any other demographic variable. Thus, D-scores appear to play a more important role than sex in aspects of human cognition.

Dr. Carrie Allison, Director of Applied Research at the Autism Research Centre at Cambridge University, and a member of the team, said, “This study clearly demonstrates a largely consistent sex difference across countries, languages, and ages. This raises new questions for future research about the social and biological factors that may contribute to the observed on-average sex difference in cognitive empathy.”

Journal information:
Proceedings of the National Academy of Sciences