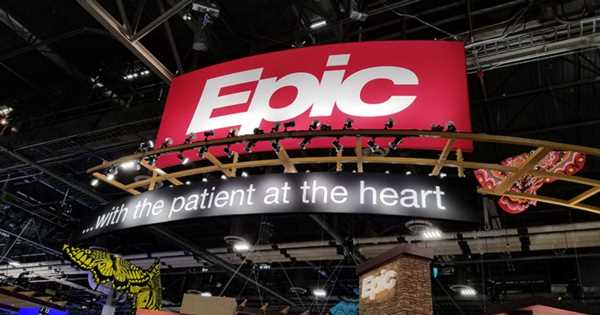 A report released Tuesday from the KLAS research organization found that Epic’s 2021 net growth in electronic health record market share exceeded all other vendors’, followed by Meditech and Cerner.

“EMR purchasing continued to be high in 2021, despite hospitals and health systems grappling with inflation, lingering complications from COVID-19, overburdened clinicians, and a historic nurse shortage,” said researchers.

“In total, 342 hospitals – from specialty hospitals to critical access facilities to large health systems – were impacted in 2021 by an EMR purchase decision (including migrations). This represents a 44% increase over 2020,” said KLAS researchers.

Based on acute-care EHR purchasing activity, in 2021, Epic increased its acute hospital market share by 74, totaling 12,776 beds. A large percentage of that growth came from four new customer organizations, making up 28 hospitals.

“Epic continues to be the top choice for large organizations, and with nearly half of all acute care beds in the U.S., Epic is also chosen by many smaller hospitals looking to streamline data sharing via Community Connect,” said researchers.

“Epic’s four hospital losses were due to M&A activity,” they said.

And although Cerner led the 2021 market when it came to wins among standalone hospitals and specialty hospital contracts, it lost a significant number of Millennium PowerChart customers.

“About half of Cerner’s hospital losses were competitive, while the remaining were customers who switched to Epic after being acquired by larger organizations,” said researchers.

“These large-hospital losses resulted in Cerner seeing the largest net decrease in number of beds.

“Outside of Cerner’s government contracts, no net-new large health systems have selected Cerner since 2013,” observed the KLAS team.

Azalea Health and Medhost remained fairly stable, but when it came to Allscripts and CPSI, the market share continued to decline.

“Some larger specialty hospitals signed with Allscripts in 2021, and a few existing customers brought on additional facilities that were newly built or acquired,” said researchers.

Epic also scored big in the 2022 Best in KLAS Awards this February, topping the overall software suite list for the 12th year running.

In addition, KLAS said in December 2020 that the vendor was leading the way when it came to interoperability, with Cerner also making progress.

For this report, explained KLAS, “The data comes from multiple sources, including publicly available information and the thousands of conversations KLAS has with provider organizations each year.

“KLAS also gives vendors the opportunity to report their annual acute care hospital EMR wins, which KLAS then validates with provider organizations,” researchers added. “While KLAS believes the data in this report is directionally correct, we acknowledge that some variation may result from lack of vendor participation.”