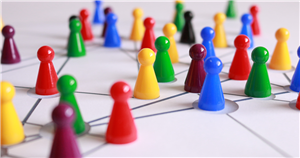 The eHealth Exchange announced on Thursday that CRISP Shared Services intends to be the first participant in its planned Qualified Health Information Network as part of ONC’s Trusted Exchange Framework and Common Agreement.

CRISP, the state-designated HIE for Maryland

CRISP DC is the designated HIE serving the District of Columbia

Beyond including CRISP as its first QHIN participant, eHealth Exchange says it will be well-positioned for TEFCA participation when the application period opens this fall, given its long experience supporting data exchange across a network including five federal agencies, 64 regional or state HIEs, 75% of all U.S. hospitals and more than 30 different EHRs.

THE LARGER TREND
The roster of planned QHIN applicants is growing.

In June, Epic announced its plans to be a qualified network for TEFCA, giving its 2,000 hospitals and 45,000 clinics the ability to participate in the nationwide interoperability framework.

And just this week, NextGen said it would be the first ambulatory IT vendor to apply as a QHIN under the TEFCA model.

ON THE RECORD
“eHealth Exchange has long been a cornerstone of CRISP Shared Services’ ability to share data with organizations across the region, state and country, including with the federal government,” said Brandon Neiswender, acting CEO for CRISP Shared Services, in a statement.

“Given its long history advancing interoperability and advocating for patients, we know eHealth Exchange will be the right partner to help us navigate this next step in nationwide data sharing,” he said.

“We are diligently preparing to be a QHIN on behalf of members such as CRISP Shared Services. This will provide a seamless experience for the organizations coming forward with intentions to participate in this federally endorsed framework for patient data sharing.