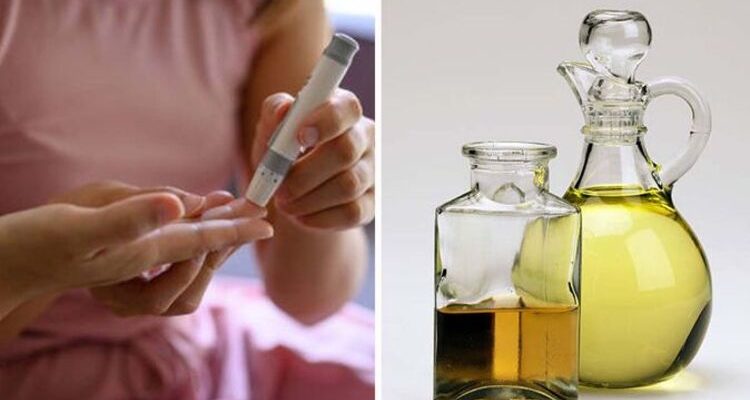 Diabetes.co.uk explains: “Insulin sensitivity describes how sensitive the body is to the effects of insulin. Someone said to be insulin sensitive will require smaller amounts of insulin to lower blood glucose levels than someone who has low sensitivity.” The Mayo Clinic adds: “Insulin therapy can sometimes be demanding, but it’s an effective way to lower blood sugar levels.”

A study published in the National Library of Medicine says: “The consumption of vinegar with meals was used as a folk medicine for the treatment of diabetes before any pharmacologic glucose-lowering therapy.”

It cites recent studies that indicate vinegar improves insulin sensitivity in healthy volunteers, as well as in subjects with diabetes.

Indeed, four randomised crossover trials were conducted in adults with type 2 diabetes or without diabetes.

All trials followed the same protocol, which was a standardised meal the evening prior to testing, an overnight fast and two hour glucose testing following consumption of a bagel and juice test meal or dextrose solution.

For each trial, postprandial glycemia (PPG) was compared between treatments using area-under-the-curve calculations 120 min after the meal.

The researchers found two teaspoons of vinegar, 10 g, effectively reduced PPG, and this effect was most pronounced when vinegar was ingested during mealtime as compared to five hours before the meal.

The study notes: “Vinegar did not alter PPG when ingested with monosaccharides, suggesting that the antiglycemic action of vinegar is related to the digestion of carbohydrates.

In these situations, vinegar attenuated PPG by 20 percent compared to placebo.

The NHS notes that if you have diabetes, “no matter how careful you are, you’re likely to experience hyperglycaemia” at some point.

It adds: “Occasional mild episodes are not usually a cause for concern and can be treated quite easily or may return to normal on their own.”

The NHS says that symptoms of hyperglycaemia in people with diabetes tend to develop slowly over a few days or weeks, though “in some cases, there may be no symptoms until the blood sugar level is very high”.

Diabetes UK says: “Your blood sugar levels go up and down throughout the day and for people living with diabetes these changes are larger and happen more often than in people who don’t have diabetes.”

The organisation says that if you take certain medication, such as insulin or sulphonylureas, checking your blood sugars is a “vital part of living with diabetes”.

It adds that routine checks can help you know when you might be starting to go too low, called a hypo, or too high, called a hyper.

The charity adds that more and more people with diabetes are choosing to use a flash glucose monitor.

This helps to check their sugar levels, and is a sensor you wear on your skin and that you don’t have to prick your finger to use.

Diabetes UK says: “Hyperglycaemia, or a hyper, can happen when your blood glucose (sugar) levels are too high – usually above 7mmol/l before a meal and above 8.5mmol/l two hours after a meal.”

If you experience hyperglycaemia regularly, you should speak to your doctor or diabetes care team, according to the NHS.