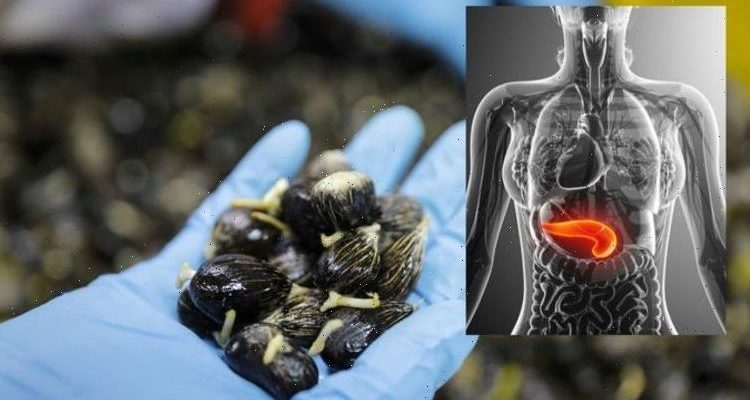 Diabetes expert reveals rise of cases in children during pandemic

Being overweight is one of the most significant risk factors for the development of type 2 diabetes, which affects nearly five million people across the UK.

A study published in the journal Diabetologia has found that fat may change how the pancreas processes sugar, improving the insulin response.

The authors have suggested that fat plays a protective role against the development of diabetes, going against conventional understandings.

Experts have warned against misinterpreting the data that is being presented, cautioning not to read it as fat people being at lower risk of diabetes when the opposite is true.

The researchers grew a culture of beta cells, the part of the pancreas that produces insulin, and then subjected them to different mixtures of sugar and specific fatty acids while measuring the insulin response.

Loss of insulin production is one of the main causes of type 2 diabetes.

The researchers speculate this mechanism could cause the preservation of the insulin response during the onset of type two diabetes.

Dr Ian Johnson, nutrition researcher and emiritus fellow of the Quadram Institute of Bioscience explained: “It does seem to be a technically sound and informative piece of work, but it is essentially a piece of cell physiology, a long way from intact human beings and their diets.

“There is nothing in this paper that suggests that being overweight could be protective against type 2 diabetes.

“There is no doubt that being overweight or obese is a major risk factor.”

DON’T MISS:
Visceral fat: The warm drink that decreases the belly fat ‘significantly over time'[TIPS]
‘Nearly as bad as smoking’: The popular food that quadruples the risk of dying from cancer[STUDY]
Cancer: The warning sign when you wake up in the morning – ‘the most troubling symptom’ [TIPS]

Dr Duane Mellor, registered dietitian and senior teaching fellow at Aston Medical School, said: “It is important to note, this study was very controlled and does not represent the complex variety of fatty acids and nutrients which would be seen in a person, either before or after a meal.

“It is vital, however, that we are careful when we refer to fat that in this type of experiment it is not the same as excess body fat, it refers to the molecules itself and how these cells use them.

“What it does support, along with a number of other studies, is that reducing fat in pancreatic cells can help them to function, this can be achieved in people who are overweight or obese through weight loss – the type of diet as long as it is healthy and balanced is less important.”

This type of cellular study can be useful for determining the mechanisms at work, which can be difficult to examine in a body where many things are happening at the same time.

Professor Francesco Rubino, chair metabolic and bariatric surgery at King’s College London said that the study provides evidence for a more complex interaction between fat and diabetes than a direct causal relationship.

He said: “I am known for being a very vocal critic of the conventional model that considers obesity the ’cause’ of type 2 diabetes – this is my most important disclosure in commenting on the findings of this study.

“But I do think this study provides further evidence to question the validity of the conventional ‘adipocentric’ model of type 2 diabetes, which blames excess fat as a cause of the disease.

“As strange as it may sounds to many, there is, in fact, no conclusive evidence that ‘too much fat is the cause of diabetes’.

“Actually, everything we know, from the physiological functions of fat tissue itself to observations at the two extremes of fatness in humans suggest a possible ‘anti-diabetic function’ of fat tissue. In fact, people with [the] highest BMI [body mass index] seem to be less likely to have type 2 diabetes than people with lesser degree of obesity.