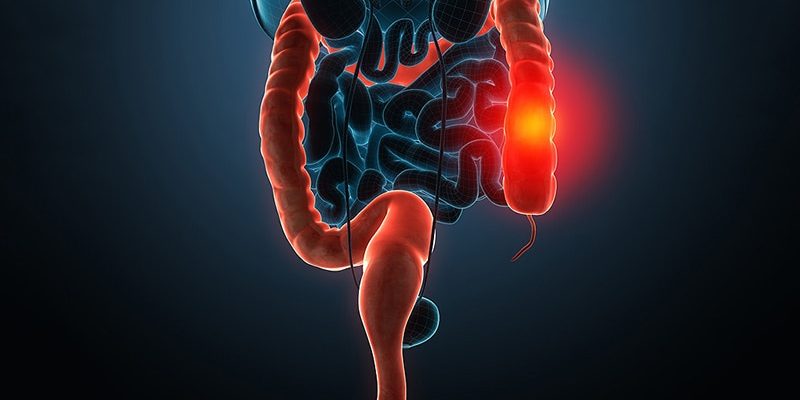 Circulating tumor DNA (ctDNA) is unreliable for detecting colorectal cancer recurrences after resection, conclude the authors of a review of 48 patients at the City of Hope Comprehensive Cancer Center, outside of Los Angeles.

Two ctDNA tests that are used for this purpose are already marketed in the United States: Signatera (Natera) and Reveal (Guardant Health, Inc).

This use of ctDNA has been catching on with oncologists in the US, note the authors. Such use is based on the premise that the test catches recurrences earlier than imaging and carcinoembryonic antigen (CEA) monitoring, which is the standard approach recommended by the US National Comprehensive Cancer Network (NCCN) and the European Society of Medical Oncology.

The review was published online on March 8 in JAMA Network Open.

The review included 48 patients with stage II–IV colorectal cancer whose disease was in remission after curative-intent surgery. They were followed with CT imaging and CEA, as per NCCN guidelines, and with the Signatera ctDNA test from Natera.

The authors, led by Marwan Fakih, MD, a gastrointestinal oncologist at City of Hope, concluded that ctDNA “provides no definitive advantage compared with standard imaging and CEA measurement in the surveillance of patients with resected colorectal cancer.”

In fact, they suggest that clinicians “have taken a giant leap of faith by endorsing ctDNA assays as predictive and prognostic.” They note that ongoing phase 3 trials are investigating the deescalation or even elimination of adjuvant chemotherapy, based on negative ctDNA results, as, for example, in a study reported recently by Medscape Medical News.

“For now, ctDNA can be considered, if…at all, as a complement to the standard approach recommended by the NCCN, but one must be cognizant of its limitations,” Fakih commented in a press release.

Asked for comment, Natera countered in a statement to Medscape Medical News that its test is backed by “over a dozen peer-reviewed studies, with over 3000 patients studied across multiple cancer types.” About the review, the company said that “small clinical experience studies are subject to limitations and variability.” It also emphasized that the company “has always supported the use of Signatera in combination with imaging,” not as a replacement.

Among the 49 patients included in the review, 15 experienced recurrence, but only eight of these patients had concurrent positive results on ctDNA.

Five of eight patients with lung recurrences were identified by CT imaging before the ctDNA test was positive or had persistently negative ctDNA results.

Imaging plus CEA identified recurrences before ctDNA in seven cases, and it did so concurrently with ctDNA in four cases, yielding a sensitivity of 73.3% for recurrence, vs 53.3% for ctDNA, but the finding wasn’t statistically significant, owing to the small number of patients.

The ctDNA test did identify five patients before imaging, but the investigators said it was “unlikely” that the finding changed treatment.

One patient had multiple lung metastases, and two patients had diffuse retroperitoneal disease, so none of the three were candidates for curative-intent surgery.

The other two patients did undergo surgery, but the investigators said they “would have arguably experienced a similar intervention if followed up by standard surveillance.”

The two retroperitoneal cases were positive on ctDNA for well over a year before recurrences showed up on imaging, which raises another point, comments the author of an accompanying commentary.

Discovering minimal residual disease (MRD) by “ctDNA before the site of recurrence can be localized” for surgery “does not open the window of opportunity. Instead…patients receive bad news that is not actionable” and “might be harmed” by “learning of inevitable cancer recurrence with nothing to do but wait,” writes Alan Venook, MD, a gastrointestinal oncologist at the University of California, San Francisco, in the commentary.

“If ctDNA can indeed detect MRD sooner than imaging, then interventional trials with molecular response as an end point are warranted to determine whether ctDNA detection is an actionable finding,” he says.

Fakih and his team note that much of “the enthusiasm around these assays, particularly Signatera, was generated by a large observational surveillance trial” in Denmark that found that ctDNA identified disease recurrence an average of 8.7 months before CT imaging.

However, imaging was performed at 1 and 3 years, which they say is “considered substandard” in the US and many European countries.

There was no funding for the review. Fakih has numerous ties with industry, including being a speaker for Guardant360; parent company Guardant Health markets a rival ctDNA test, Guardant Reveal. Fakih is also a speaker for Amgen and is an advisor for and/or receives institutional grants from Amgen, GlaxoSmithKline, Bristol-Myers Squibb, and others. Venook has disclosed no relevant financial relationships.

M. Alexander Otto is a physician assistant with a master’s degree in medical science and a journalism degree from Newhouse. He is an award-winning medical journalist who worked for several major news outlets before joining Medscape and is also an MIT Knight Science Journalism fellow. Email: [email protected]