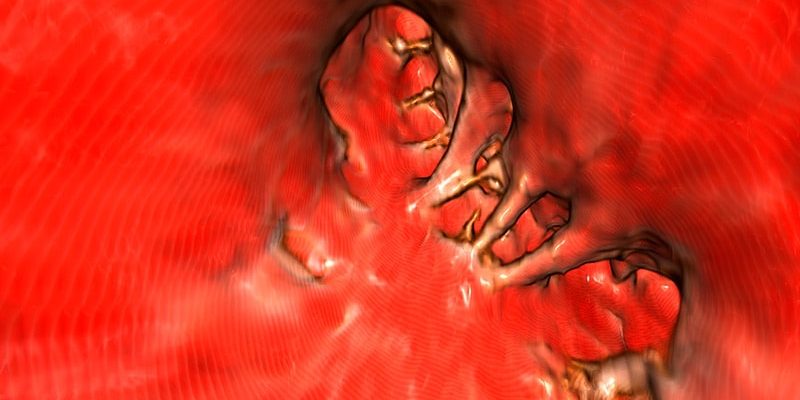 Concerns about the lack of balanced information provided about left atrial appendage (LAA) closure procedures on the web pages of top US hospitals have been raised by a new study.

The researchers found that almost all patient-focused web pages about LAA closure provided by top US hospitals included claims of potential benefits of the procedure, while risks were rarely mentioned or were de-emphasized.

And although the web pages frequently featured physician testimonials about the Watchman device, payments from Boston Scientific to the physicians quoted were infrequently disclosed.

“Our research shows that the Watchman device is being heavily promoted on the web pages of top US hospitals based with incomplete evidence on benefits and risks,” lead author of the study, Sanket Dhruva, MD, University of California, San Francisco, School of Medicine, told theheart.org | Medscape Cardiology.

“Closure of the LAA is an invasive procedure with both short- and long-term risks. It is vitally important that patients have accurate information on both the potential benefits and the risks,” he added. “We were surprised to find the low quality of balance in the data and the lack of transparency of both medical and financial information on these web pages from top US hospitals.”

Details of the study are reported in a research letter to JAMA Internal Medicine published online on Oct. 3.

LAA closure is offered to some patients with atrial fibrillation to reduce their risk for stroke and systemic embolism, the authors note. For this analysis, the researchers examined general information web pages with content on LAA closure from the top 100 hospitals in the 2021 US News for Cardiology and Heart Surgery.

Using Open Payments 2018-2020 data, they also identified the number and value of general or research payments from Boston Scientific to hospitals and physicians quoted in the informational web pages and whether the payments were disclosed.

Results showed that of the 62 web pages (45 general information web pages and 17 informational articles for public audiences), almost all stated at least one US Food and Drug Administration (FDA)-approved Watchman indication component, and at least one Watchman-associated benefit, and nine web pages (20%) and two articles (12%) included content from the manufacturer’s media kit.

“These hospitals are well known, reputable institutions which would be assumed to be following best practice[s],” Dhruva commented to theheart.org | Medscape Cardiology. “While we found the web pages made it clear which patients could benefit from the device, we would also expect information on contraindications and risks to be made available, but this was lacking.

“We also found that almost two thirds of hospitals and almost all of the physicians quoted on these web pages received payments from the manufacturer of the Watchman device, but the vast majority of these payments were not disclosed,” he added. “While many of these payments are for research, they still represent a financial relationship and could lead to bias when choosing a therapeutic strategy. We believe there is significant physician conflict of interest that remains undisclosed on these hospital websites.”

Dhruva acknowledged that for reimbursement of the LAA closure procedure, Medicare requires patients to undergo a shared decision-making process with a non-interventional physician. But he suggested that many patients may be overly influenced by the hospital web pages to request the procedure in the first place.

“Patients will use the internet for information when researching a condition and possible treatment approaches, and these web pages from these reputable hospitals are one of the first places a patient may look for this information. Our research suggests that patients may have certain perceptions from these reputable hospital web pages which are biased towards favorable impressions of the LAA closure procedure, without being informed of the risks, which may influence their decision to request the procedure.”

Dhruva says there is a need for better standards for the content that hospitals put on their websites. “Pharmaceutical advertisements are regulated by the FDA. I believe similar regulations are needed for hospital websites.”

He pointed out that while LAA closure may be a legitimate procedure for some patients, the balance of benefits and risk are uncertain at present. “The procedure involves having a foreign object put into the heart, which can cause device-related thrombus formation. Sometimes the devices leak, and there are also procedure-related risks,” he said.

“We don’t yet have reliable robust comparisons on how these LAA closure devices compare to long-term use of the direct oral anticoagulants (DOACs). Given that situation, I worry that these devices are being promoted too heavily, but for many patients they may not be in their best interest,” he added.

Commenting for theheart.org | Medscape Cardiology, John Mandrola, MD, Baptist Medical Associates, Louisville, Kentucky, who has been a vocal critic of LAA closure, said he thought the study was very important in that it exposed the challenges of marketing in the healthcare space.

“These investigators have shown clear bias in the promotional materials for left atrial appendage closure. And they’ve bolstered these important findings by also exposing the financial dualities of interest that pervade both hospital systems and individual physicians,” Mandrola said.

He described the nondisclosure of payments from Boston Scientific to hospitals and physicians promoting the LAA closure procedure on these web pages as “stark and sobering findings.”

“From a patient perspective, LAA closure is one of the most complex decisions in all of cardiology. It is a preventive procedure that carries substantial upfront procedural risk in hopes of providing a future lower risk of stroke or bleeding,” Mandrola noted. “Patients deserve to see accurate unbiased educational materials, and these documents should be clear about disclosing financial dualities of interest. The authors have shown that there is much work to be done in this space.”

He says he is hopeful that this work will stimulate more research into healthcare promotion in other areas, adding, “My suspicion is that left atrial appendage closure is not an outlier.”

Dhruva reports receiving grants from Arnold Ventures during the conduct of the study and research funding from the US Department of Veterans Affairs, Greenwall Foundation, National Evaluation System for Health Technology Coordinating Center, and National Institute for Health Care Management, and serving on the Institute for Clinical and Economic Review California Technology Assessment Forum. Mandrola is a contributor to theheart.org | Medscape Cardiology. He reports no other disclosures.