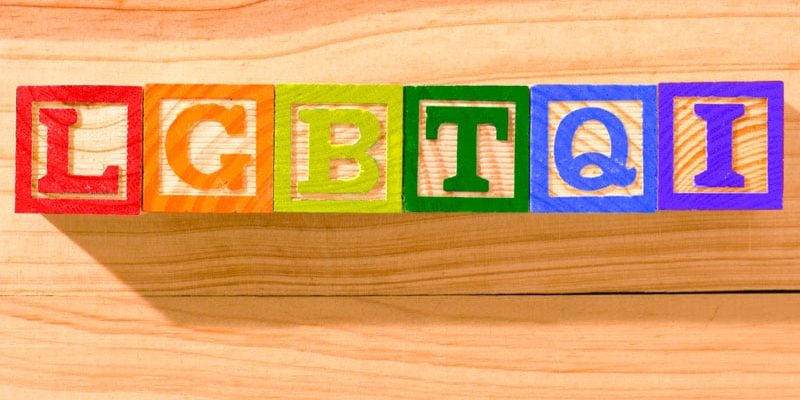 Conversion therapy is any emotional or physical therapy used to “cure” or “repair” a person’s attraction to the same sex, or their gender identity and expression. Providers claim these therapies can make someone heterosexual or “straight.” But there’s no evidence to support this.

Medical and mental health experts have rejected conversion therapy practices as dangerous and discriminatory for decades.

Enforcement of executive order will rely on legal experts, including the Justice Department.

Biden’s order comes at a time when multiple states are promoting or passing anti-LGBTQI+ laws.

“I don’t have to tell you about the ultra-MAGA agenda attacking our freedoms. There are more than 300 discriminatory bills introduced in states across this country,” Biden said. “In Texas, they are knocking on front doors to investigate parents who are raising transgender children, and in Florida they are going after Mickey Mouse for God’s sake.”

First Lady Jill Biden, PhD, said the order will not solve all problems.

“Prejudice and discrimination still lurk,” she said. “We will not let the progress we fought for slip away. Pride is a celebration of the courage it takes to stand up for what’s right.”

The American Psychiatric Association applauded Biden’s action. Biden’s executive order will “protect the mental health of LGBTQ+ people, particularly children. APA has long condemned the practice of so-called ‘conversion therapy’ and we welcome the federal government’s efforts to raise public awareness about its harms, alongside other practices that will help to end it.”

The goal of the order is to “improve the health, wellbeing, and safety of countless families across the country,” senior White House administration officials said in a media call earlier Wednesday. “And they will send a powerful signal from the president of the United States to LGBTQI kids across the country — who may be feeling scared and hopeless — that their president has their back.”

Biden also called on Congress to pass the Equality Act “to enshrine the long overdue civil rights to protect all Americans.”

The event was held in the East Room of the White House at a Pride event attended by Vice President Kamala Harris and her husband, the first lady, Transportation Secretary Pete Buttigieg, and hundreds of LGBTQI+ leaders.

In other LGBTQI+-related news, an international group focusing on transgender health lowered the minimum ages they recommend for starting hormone therapy or surgery for transgender youth.

The World Professional Association for Transgender Health said that hormones could be started at 14, 2 years earlier than the group’s previous advice. The association also said some surgeries can be performed at age 15 or 17, a year or so earlier than their previous recommendations.

The group acknowledged potential risks but said it is unethical and harmful to withhold early treatment, according to a report from The Associated Press.

Transgender treatment for teens has been a controversial issue, with experts disagreeing about whether teenagers can fully understand the ramifications of such life-altering decisions.

During the White House background media call, senior administration officials pointed to existing policy regarding transgender care. “We’ve already put out guidance through HHS about civil rights protections and making clear that the denial of medical care based on someone’s gender identity is discriminatory and have invited the members of the public to file complaints with the Office of Civil Rights.”