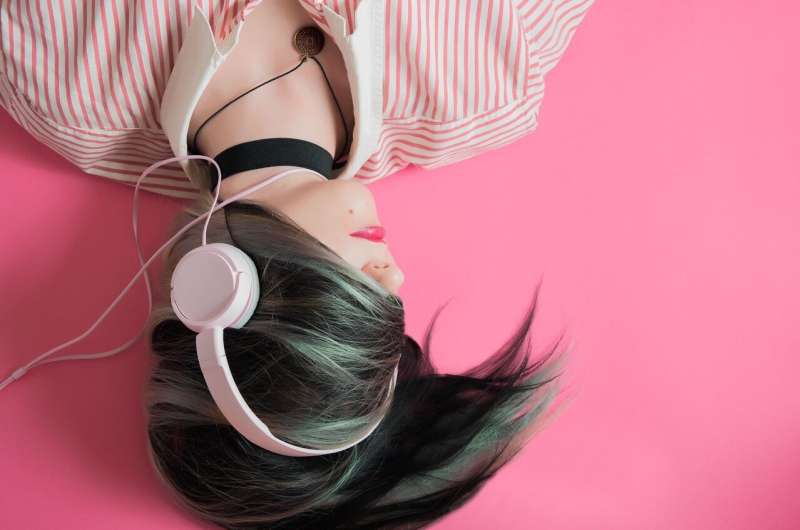 A binaural beat is an illusionary tone created by the brain when presenting two tones separately to each ear that slightly differ in their frequency.

It’s claimed binaural beats can have a psychoactive effect on the brain, although there’s limited research on their efficacy and safety.

Now a new study published in Drug and Alcohol Review has captured how and why people use the tones.

Data comes from the Global Drug Survey 2021, which drew on responses from more than 30,000 people in 22 countries.

Respondents mainly used binaural beats to relax or fall asleep (72%) and to change their mood (35%), while 12% reported trying to get a similar effect to that of psychedelic drugs.

“Much like ingestible substances, some binaural beats users were chasing a high,” she said.

“But that’s far from their only use. Many people saw them as a source of help, such as for sleep therapy or pain relief.”

The audio tracks are often named for their intended use—everything from mindfulness and meditation to tracks named after ingestible drugs like MDMA and cannabis.

The survey revealed binaural beat users were more likely to be younger and to report recent use of all prohibited drugs, compared to rest of the sample.

Most respondents sought to connect with themselves or something bigger than themselves through the experience.

The use of binaural beats to experience altered states was reported by 5% of the total sample.

In the United States 16% of respondents said they’d tried it, while in Mexico and Brazil countries reported use was also above average at 14% and 11.5% respectively.

Video streaming sites like YouTube and Vimeo were the most popular way to listen, followed by Spotify and other streaming apps.

Barratt said the illusionary tones had been accessible for more than a decade, but their popularity had only recently begun to grow.

“It’s very new, we just don’t know much about the use of binaural beats as digital drugs,” she said.

“This survey shows this is going on in multiple countries.

“We had anecdotal information, but this was the first time we formally asked people how, why and when they’re using them.”

Barratt said the binaural beats phenomenon challenges the overall definition of a drug.

“We’re starting to see digital experiences defined as drugs, but they could also be seen as complementary practices alongside drug use,” she said.

“Maybe a drug doesn’t have to be a substance you consume, it could be to do with how an activity affects your brain.”

Despite binaural beat listeners being younger, Barratt said they’re not necessarily a gateway to the use of ingestible drugs.

“In the survey, we found most people who listen were already using ingestible substances,” she said.

“But that doesn’t discount the need for more research, particularly to document and negate possible harms.”

On the flipside, Barratt said perhaps binaural beats could be used as a therapy method, alongside traditional treatment.

“Evidence is mounting but it’s still unclear, which is why more research is needed into any possible side effects,” she said.