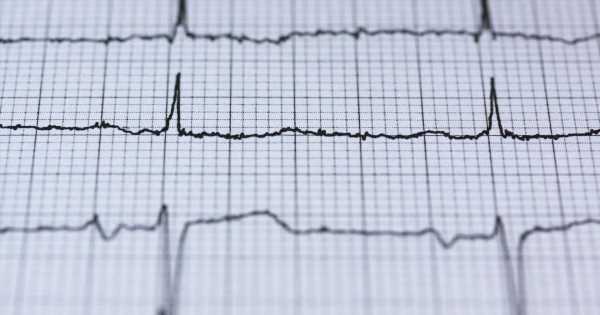 Mayo Clinic researchers recently found that an algorithm that can help predict atrial fibrillation can also help identify patients who have a higher risk of stroke or cognitive decline.

In a recently published study in Mayo Clinic Proceedings, the team found that artificial intelligence-enabled electrocardiography, or ECG, that shows high probability of atrial fibrillation was associated with incidents of cerebral stroke, according to the study.

“The findings raise the question whether initiation of anticoagulation is an effective and safe preventive strategy in individuals with a high AI-ECG algorithm score for reducing the risk of stroke and cognitive decline,” said Dr. Jonathan Graff-Radford, the study’s corresponding author and a Mayo Clinic neurologist.

The research team from Mayo Clinic’s Department of Neurology sought to examine whether the algorithm to assess atrial fibrillation could predict cerebral infarcts – or tissue death due to inadequate blood supply.

“In population-based studies, infarcts, including silent infarcts, are associated with future cognitive decline and dementia,” wrote the researchers.

“Silent cerebral infarcts can be detected on MRI in up to 40% of patients with AF and have also been associated with increased risk of future symptomatic stroke,” they said.

Most of the infarctions observed were subcortical, meaning that they occurred in the region of the brain below the cortex and likely are not solely attributed to atrial fibrillation.

The researchers said this potentially could be chalked up to the algorithm detecting non-AF cardiac pathology, which is also related to small vessel cerebrovascular disease and cognitive decline.

As the research team alluded to, many patients do not know they have atrial fibrillation, which can cause heart failure and other diseases if left untreated.

Researchers and innovators – including at the Mayo Clinic – have begun to turn to AI to help spot it early in electrocardiograms.

Direct-to-consumer ECGs could have a role to play in treating AF too. A study published in the Cardiovascular Digital Health Journal this past year found that patients with a history of AF who used a mobile app required fewer follow up EGCs or cardiac monitoring than their peers in a control group.

“Application of this AI-ECG algorithm may be another way to screen individuals not only to determine risk of atrial fibrillation, but also to identify future risk of cognitive decline and stroke,” said Graff-Radford in a statement about the Mayo Clinic study.