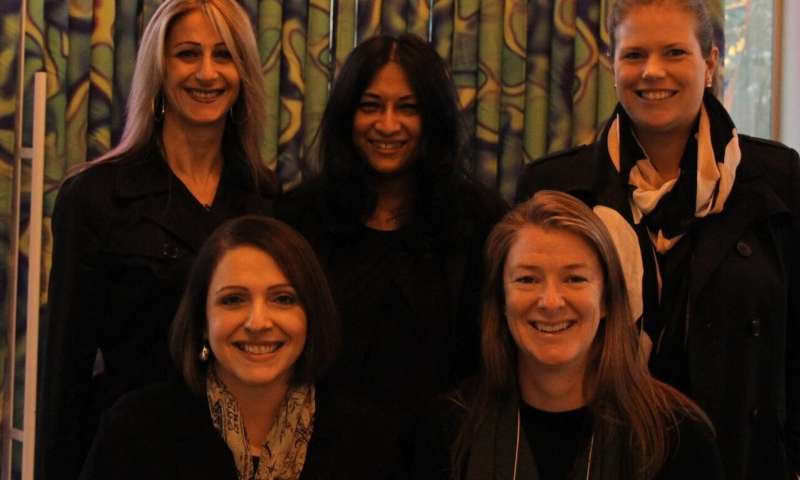 In Australia, more than 10,000 patients a year acquire a serious bacterial infection called Clostridioides difficile, often while in hospital, resulting in the death of up to 300 people per year. The Centers for Disease Control in the United States (US) call C. difficile a major health threat causing half a million infections and 15,000 deaths every year in the US (around 40 deaths per day). The bacterium thrives in the large intestine when the gut environment has been disrupted by antibiotics.

Researchers from the Monash Biomedicine Discovery Institute (BDI) have discovered an antibiotic that could prevent the life-threatening diarrhoea caused by C. difficile. The treatment strategy could also potentially counter diseases caused by other similar spore-producing bacteria, including the lethal anthrax, a key bioterrorism tool.

The research, led by Professor Dena Lyras, was published in Nature Microbiology on Monday 12 August.

According to Professor Lyras the increased use of antibiotics has exacerbated the rise in C. difficile infections.

“Infection with C. difficile arises because of the use of antibiotics,” Professor Lyras said.

“The increasing use of antibiotics has perpetuated the problem,” she said.

The bacterium produces spores that lie dormant, allowing it to survive in environments where actively growing bacteria would normally perish. The spores can infect and re-infect patients causing disease that can last months.

The interdisciplinary team of researchers serendipitously discovered that a particular class of antibiotic, called cephamycins, can prevent C. difficile spore formation. The researchers were using a liquid commonly used to grow C. difficile in the laboratory and were puzzled that while the bacterium was able to grow, it was not able to produce spores. They found that there was a cephamycin in the media that prevented the formation of spores.

“To confirm this, we used assays to examine spore numbers and found that cultures containing cephamycins had a big reduction in spore numbers,” lead author Dr. Yogitha Srikhanta said.

“We looked at other pathogens including Bacillus cereus—a major contaminant in the food industry which causes food poisoning and spoilage, and showed that cephamycins can also reduce its spore production,” Dr. Srikhanta said.

Cephamycins could potentially help control the bioterrorism agent anthrax, a disease caused by inhaling the airborne spores of Bacillus anthracis.

“We believe this anti-sporulation treatment strategy could be used with current treatments because it specifically targets a particular pathway that has not been targeted before,” Dr. Srikhanta said.

“What we’ve shown in our paper is that when we co-treat mice with the current best standard of care together with our treatment we can prevent recurrent C. difficile disease—that’s a big development because recurrent disease accounts for approximately one third of C. difficile treatment costs worldwide,” said Dr. Sheena McGowan, co-senior author with Professor Lyras.

The treatment could potentially be developed to counter lethal outbreaks of C. difficile such as those that occurred in Canada, the United Kingdom, the US and parts of Europe in the early 2000s.

“C. difficile is not really on peoples’ radar the way golden staph is but it’s a problem in every single hospital around the world,” said Professor Lyras, a world-leading infectious disease researcher and Monash BDI Deputy Director.

Dr. McGowan said the fact that cephamycins were already approved as drugs and on the market made the path to clinical trials and outcomes easier.