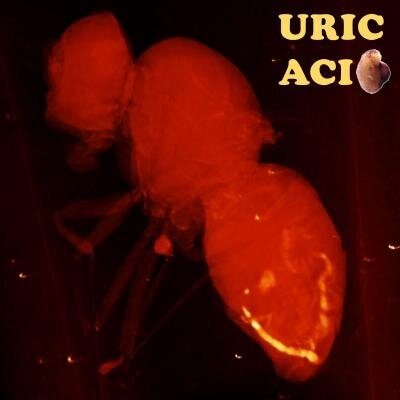 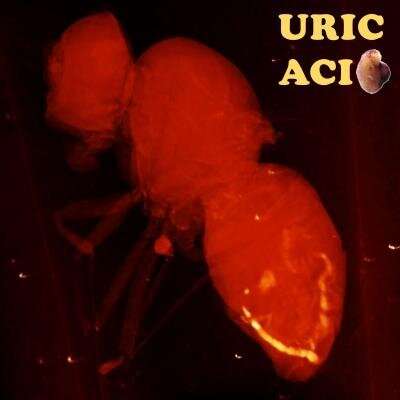 Few people get their level of uric acid, a breakdown product of metabolism, measured in their blood. Based on Buck research published August 15 in PLOS Genetics, it might be time to rethink that, given that 20 percent of the population have elevated levels of uric acid, increasing their risk for gout, kidney stones, metabolic syndrome, obesity, diabetes and early death.

“People can be at genetic risk for high uric acid and not know it,” says Pankaj Kapahi, Ph.D., Buck professor and senior author of the paper. “Medical practitioners haven’t been paying sufficient attention to uric acid and perhaps they should.” Kapahi thinks uric acid should be included in routine check-ups similar to those done for cholesterol and blood glucose. “Uric acid levels often go up with age and it’s important for longevity,” he explains. “Gout is also associated with premature mortality in humans. Conversely, studies from the Institute for Aging Research led by Nir Barzilai at the Albert Einstein College of Medicine show that many centenarians are genetically predisposed to having low levels of uric acid.”

While humans lost the gene for metabolizing uric acid about 15 million years ago, most species, including insects, kept it. In this study, researchers in the Kapahi lab “humanized” fruit flies by knocking down the uric acid oxidase gene. The altered flies built up uric acid in their bodies only when triggered by a diet rich in purines, but showed no deleterious effect under dietary restriction. In humans, a high-purine diet is linked to excessive intake of alcohol and red meat. Similarly, sugary beverages are driving factors for the built up of uric acid.

Sven Lang, a former postdoctoral fellow in the Kapahi lab who led the research, found that a high-purine diet shortened the lifespan of the humanized flies by 48 percent, while suppressing the ILS pathway prevented the rise in uric acid levels even when the flies ate the high yeast diet. The team also found that an increase of free radicals generated by an enzyme called NADPH oxidase (NOX) mediated kidney stone formation and early mortality in the flies. “We were able to inhibit the increase in free radicals using the common antioxidant vitamin C which reduced the burden of kidney stones and improved survival in the animals,” said Lang, who now has his own laboratory at the Department of Medical Biochemistry and Molecular Biology at Saarland University in Homburg, Germany.