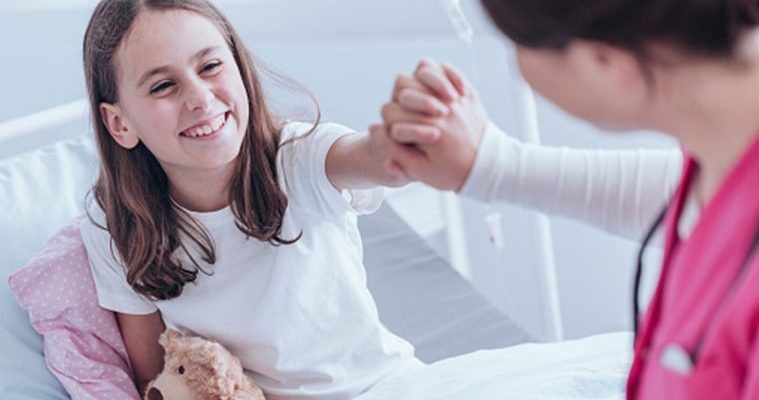 World Cancer Day: In India, it is estimated that about 50,000 children between the age group of 0 to 19 years are diagnosed with cancer each year. The cure rate is high overall and about 90 per cent of children with some forms of cancer can be cured.

A cancer diagnosis is upsetting at any age, but especially so when the patient is a child. It’s natural to have many questions, such as, “Why my child?”, “Did I do anything wrong to make my child get this?”, “What is the survival rate?” Although cancer in children is rare, it is an important cause of death. In India, it is estimated that about 50,000 children between the age group of 0 to 19 years are diagnosed with cancer each year. The cure rate is high overall and about 90 per cent of children with some forms of cancer can be cured.

Types of cancers in children

The most common cancer type reported in children is leukaemia, commonly known as blood cancer, which is also the cancer of the bone marrow and blood, occurring in both baby boys and girls. They account for about 30 per cent of all cancers in children. Acute lymphocytic leukaemia (ALL) is the commonest among them and acute myelogenous leukaemia (AML) is also one form of blood cancer in children. Such leukaemia can cause bone and joint pain, fatigue, weakness, pale skin, bleeding or bruising, fever, weight loss, and other symptoms.

Among other types of cancers of children are brain and spinal cord tumours. But it is important to note that childhood cancers have different characteristics than those occurring among adults. In developed countries, its incidence is relatively rare comprising of one per cent of the total cancer cases and survival rates of childhood cancers are high.

Most cancers in children, like those in adults, are thought to develop as a result of mutations in genes that lead to uncontrolled cell growth and eventually cancer. In adults, these gene mutations are often the result of exposure to environmental factors, such as cigarette smoke, chewing tobacco, and ultraviolet radiation from the sun. However, environmental causes of childhood cancer have been difficult to identify, partly because cancer in children is rare. Some children inherit DNA changes (mutations) from a parent that increase their risk of certain types of cancer, but most childhood cancers are not caused by inherited DNA changes. They are the result of DNA changes that happen early in the child’s life, sometimes even before birth. Although the actual number of children who develop cancer is small, the total number of productive life years saved by curing these children is significantly high and therefore the effort in treating them appropriately is all the more worthwhile and fulfilling. But there are clear risk factors, like maternal smoking during pregnancy, that can increase the chances of the unborn baby getting cancer in later life.

Symptoms to watch out

Any changes in the child such as an unusual lump or swelling, unexplained paleness and loss of energy, easy bruising, an ongoing pain in one area of the body, limping or unexplained fever or illness that doesn’t go away and sudden eye or vision changes should be monitored and checked with the doctor.

The average age of a child diagnosed with cancer is six years. Childhood cancer is diagnosed in all ages, from newborn infants to children and young adults. It is unusual, but it can happen. The most common cancer in newborns is neuroblastoma, a rare cancer of the developing nervous system.

Despite the high cure rates in developed countries, it is estimated that in India 70 per cent children die of cancer due largely to lack of awareness, late detection and late diagnosis, inadequate facilities, the high cost of treatment and the absence of supportive care and nutritional support during treatment.

Treatment of paediatric cancers in India

There are exceptions, but childhood cancers usually respond well to chemotherapy. Children’s bodies are also generally better able to recover from higher doses of chemotherapy than are adults’ bodies.

During and after cancer treatment, most families are mainly concerned about the short- and long-term effects of the cancer and its treatment, and concerns about the cancer still being present or coming back. Because of major advances in treatment, more children treated for cancer survive into adulthood. But treatments might affect children’s health later in life, so watching for health effects as they get older has become more of a concern in recent years. The earlier any problems are recognised, the more likely it is they can be treated effectively. Remember, childhood cancer is curable.

(The writer is Founder Chairman and Neonatologist, Cloudnine Group of Hospitals, Bengaluru.)