A royal mixup! Prince Harry and Duchess Meghan’s baby boy’s official royal page had a noteworthy typo on Wednesday, May 8.

“Archie Harrison Mountbatten-Windsor was born at 05:26 on Monday 6th May,” the website read. “He is the first child of The Duke and Duchess of Cambridge and is seventh in line to the throne.”

While the mistake was quickly fixed, social media users didn’t miss a beat. Several fans pointed out that the website should refer to Archie as the first child of the Duke and Duchess of Sussex — not the Duke and Duchess of Cambridge. Prince William and Duchess Kate, meanwhile, are actually the parents of sons Prince George, 5, and Prince Louis, nearly 13 months, and 4-year-old daughter Princess Charlotte. 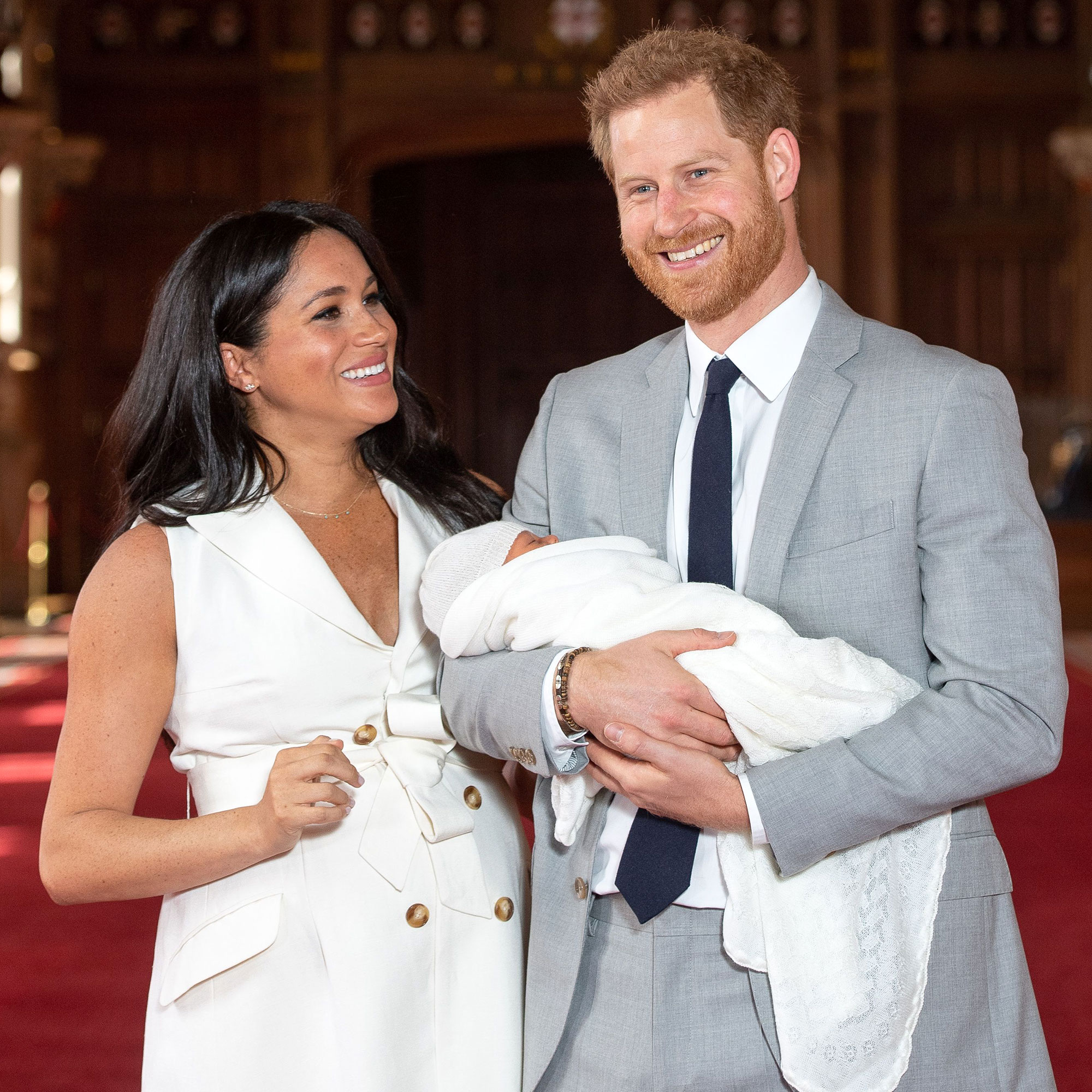 Meghan, 37, and Harry, 34, made their first joint appearance since the former Suits star gave birth to their baby boy on Monday, May 6.

“He has the sweetest temperament. He’s really calm,” Meghan told the press on Wednesday inside Windsor Castle. “It’s pretty amazing and I have the two best guys in the world, so I’m really happy.”

“This afternoon Their Royal Highnesses introduced Her Majesty The Queen to her eighth great-grandchild at Windsor Castle,” the palace said in a statement. “The Duke of Edinburgh and the duchess’ mother were also present for this special occasion.”

While Meghan and Harry have yet to expand on their name decision, the moniker Archie has several meanings, including “true and bold” in Scotland and “truly brave” in German. Archie’s middle name, Harrison, translates to “son of Harry.” The second name also pays tribute to Harry’s late mother, Princess Diana, referring to her ancestor Archibald Campbell, 9th Earl of Argyll, from Scotland.

Unlike his cousins, Archie will not have a royal title. A source previously told Us Weekly that Meghan and Harry opted not to give their son a title because they want to “live a quiet life.”