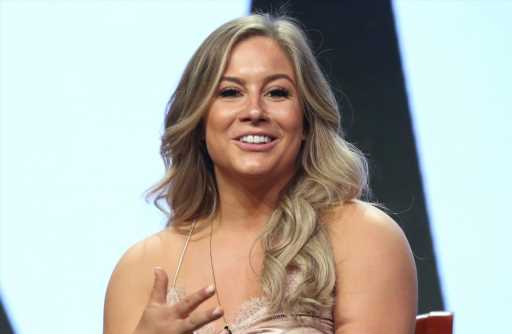 If the Olympics gave out medals in cuteness, then Shawn Johnson’s 2-year-old daughter Drew would take gold! The former Olympic gymnast recently posted a video of the little girl flipping like a mini-Olympian — and it is so dang cute.

Johnson posted a quick video of Drew on April 12 showing Drew standing at the edge of a swimming pool for a second, then diving headfirst into the pool as her dad, Andrew East, catches her. This girl makes a perfect flip in the water — with no floaties! — and smiles so big afterward because she is so proud of herself.

“Don’t know where she learned this from but I’m impressed,” Johnson cheekily captioned the video.

Fans were loving this cute video, comparing Drew to her mom. “It’s in the DNA” one said. Another person wrote, “Look at her, those pointed toes! Future gymnast like her mama!” Someone else said Drew’s skills weren’t just impressive for a toddler: “She dives ten times better than me.”

Drew is her mom’s mini when it comes to fashion sense as well. Johnson posted a picture April 7 showing the two of them twinning. “I’m just trying to keep up with her,” Johnson wrote alongside a picture of the mother and daughter wearing sunglasses and bright-colored floral outfits while vacationing in the Turks and Caicos Islands.

Johnson and East also share Jett, who turns 9-months-old next week. They shared a picture of Jett standing up last month, as his big sister looked on, unimpressed. It’s obvious this little diva doesn’t like sharing the spotlight.

We can’t wait to cheer for Drew in the 2036 Summer Olympics!

These celebrity moms have embraced the changes in their bodies after giving birth.