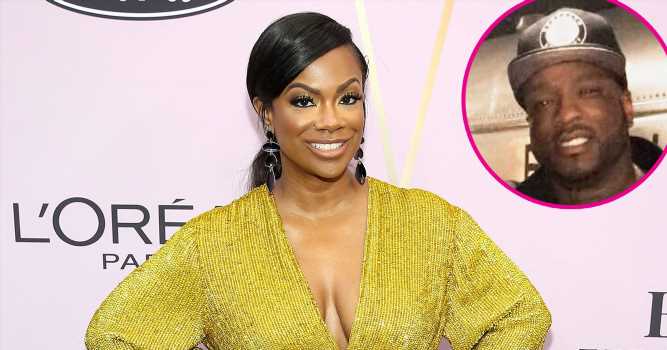 “There’s nothing really to discuss,” the Real Housewives of Atlanta star, 44, told Us Weekly exclusively of the music executive, with whom​​​ she shares daughter Riley, 18. “It’s like, OK, guess we’ll just figure it out.”

The reality star added that their dynamic is “still the same” as it is in the Bravo show’s season 13 trailer, which features the singer saying Spencer isn’t paying her child support. When asked if their relationship is “frustrating,” the Georgia native replied, “It is what it is.”

Burruss is also the mother of son Ace, 4, and daughter Blaze, 12 months, with her husband, Todd Tucker. The little ones have had their mom to themselves since August when Riley left for New York University.

Dropping her teenager off at college was “scary,” the Grammy winner told Us. “It’s difference because I want her to have the college experience, but at the same time, she is going to New York and this whole COVID thing is happening,” she explained. “I’m like, ‘OK, should you even be leaving? Should you be going off in school?’”

The songwriter didn’t get a “normal” last day with her daughter and only got to visit her dorm room for “a short period of time.” While Burruss found it “sad” that Riley had to spend her 18th birthday in quarantine, she told Us that she didn’t cry when she left her eldest in New York.

“It was like, ‘Get out of here. Go. I’ll see you at Christmas,’” the Bravo personality joked. “No, I’m just kidding.”

As for Blaze, Burruss and Tucker’s youngest is walking “all over the place” and climbing stairs. “She’s making noises,” the Masked Singer alum told Us. “She hasn’t really started talking, but there’s gibberish. I don’t know what she’s saying, but she’s saying something.”

The Real Housewives of Atlanta premieres on Bravo Sunday, December 6, at 8 p.m. ET.