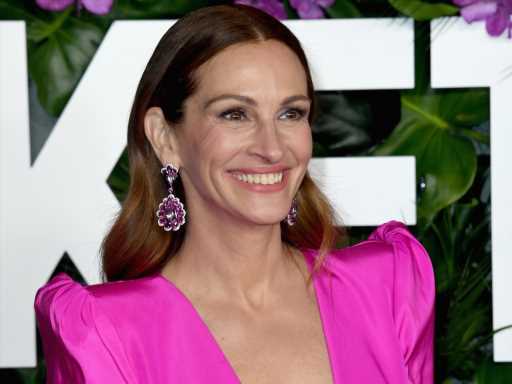 In a crossover story that no one expected, Julia Roberts revealed two of history’s most significant civil rights leaders played a major role in her birth story: none other than Martin Luther King Jr. and Coretta Scott King.

During a conversation for A+E Networks and History Channel’s HISTORYTalks with Gayle King, the television journalist said, “I just want to take a step back for you, Julia, because you have two historical figures, [and] I’ll bet most people don’t know this about you. Let’s start with the day you were born — who paid for the hospital bill?”

Roberts was initially a bit stunned by King’s knowledge, joking with the audience, “Her research is very good,” then she shared, “The King family paid for my hospital bill, Martin Luther King and Coretta.”

The actress explained, “My parents had a theater school in Atlanta called the Actors & Writers Workshop, and one day Coretta Scott King called my mother and asked if her kids could be part of the school because they were having a hard time finding a place that would accept her kids.” She continued, “My mom was like, ‘Sure, come on over!’ And so they just all became friends, and they helped us out of a jam.”

That “jam” was Roberts’ hospital bill after she made her entrance into the world, which her parents weren’t able to afford. Gayle King reflected, “In the ’60s, you didn’t have little Black children interacting with little white kids in acting school. And your parents were like, ‘Come on in.’ And I think that’s extraordinary, and it lays the groundwork for who you are.”

Bernice King, the King’s youngest child, tweeted in response to the story going viral, “Grateful that #JuliaRoberts shared this story with @GayleKing and that so many people have been awed by it. I know the story well, but it is moving for me to be reminded of my parents’ generosity and influence.”

Before you go, find out how these celebrity parents navigate conversations about racism with their kids.