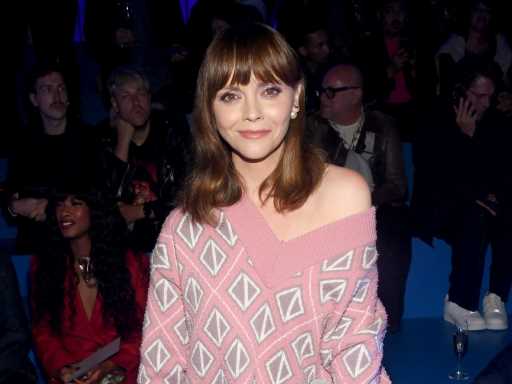 Christina Ricci and Mark Hampton’s daughter is officially in the sleep training stage, and it’s going surprisingly well! On Aug 30, Ricci’s husband Hampton uploaded a screenshot from his and Ricci’s nanny cam. He uploaded a photo of their daughter Cleo sleeping with the caption, “We have a magical baby. @riccigrams. Day 8 of sleep training. It’s been a dream. I wish I could sleep for 11/12 hrs.” Ricci reuploaded this to her Instagram story with the simple, loving caption, “Cleo is Magic.” 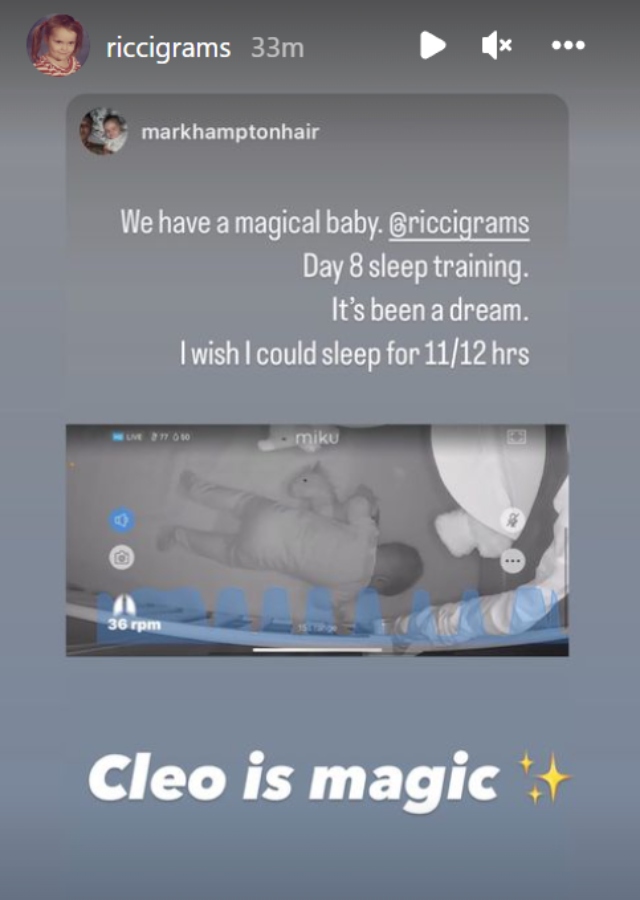 Some parents have the best luck with sleep training their children, much like Hampton and Ricci. however, most are not so lucky. So, babies need to sleep a lot, like up to 12 hours a day (wish we had that as adults!). The goal of sleep training is to train your little one to sleep happily through the night, hoping for bigger chunks of time, per Sleep Foundation. Parents have to go through this, and sometimes, it isn’t pretty. so Ricci and Hampton are right, Cleo is magical!

Ricci and her husband Mark Hampton recently gave birth to their baby daughter Cleopatra “Cleo”  in Dec. 2021, only two months after surprising everyone and eloping.

But before eloping to Hampton, Ricci shares another son with her ex-husband. She was married before to James Heerdegen, who she met while working on the set of Pan Am. They married in 2013 and divorced seven years later, but welcomed their son Freddie in 2014.

Soon after giving birth to her and Hampton’s daughter, Ricci appeared on The Ellen DeGeneres Show and told fans that her husband actually picked Cleo’s full name, Cleopatra. While preparing for a C-section, she remembers, “My husband was like, ‘Well, we’re going to give her a full name, right? And then the nickname’s Cleo.’ And I was like, ‘Cleopatra?’ And he was like, ‘Yeah, the full name’s Cleopatra.’ And I was sort of like, ‘OK, fine. Whatever, we’ll talk about this later.’”

She added, “But then he got so excited that he put it on Instagram, and then media outlets picked up that her name was Cleopatra Ricci Hampton, and so I was like, ‘Oh, I guess her name’s Cleopatra.’”