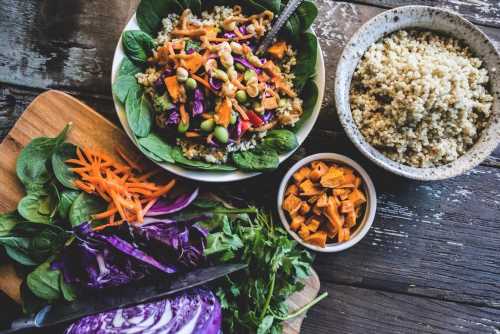 Plant-based diets have become increasingly popular over the past decade. Dietary habits are known to contribute to the health of the gut, affecting the composition and functionality of the microbial composition. The diversity in functions of the gut microbiota is influenced by many different factors, including dietary habits. 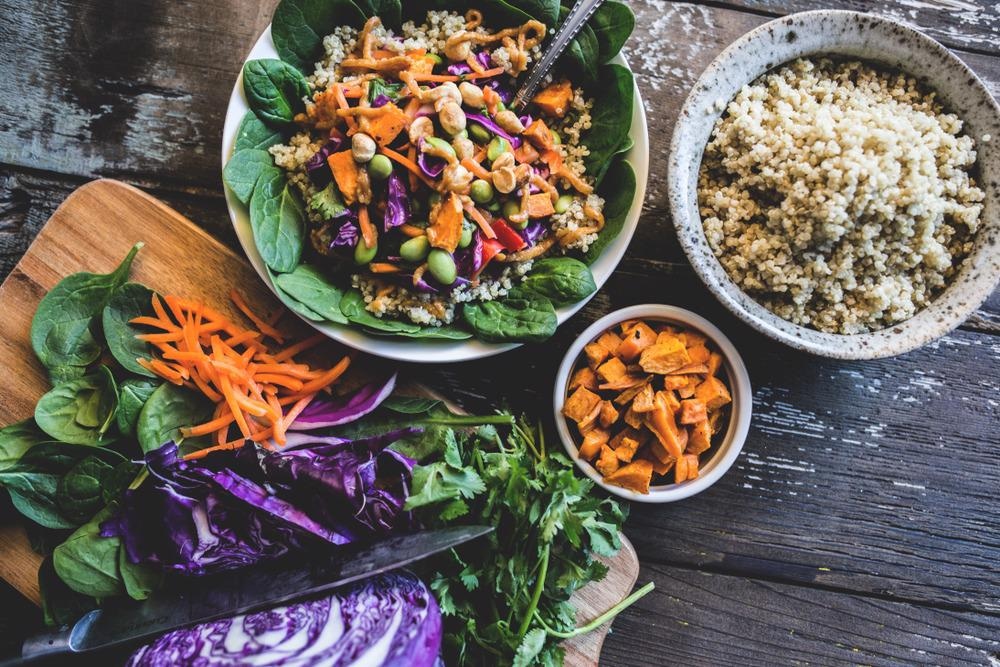 The effects of plant-based diets on metabolism, microbiota, and brain function

Plant-based diets, such as vegan and vegetarian diets have been associated with a lower occurrence of some chronic diseases, as well as an altered microbial competition.

Generally speaking, plant-based diets may promote an increase in commensal bacteria as well as a decrease in pathogenic bacteria due to the high content of dietary fiber, polyunsaturated fatty acids, phytochemicals, and vegetable proteins.

Carbohydrates are the most prominent macronutrient in the human diet; generally speaking, the intake of carbohydrates is higher in vegetarians and vegans. Simple carbohydrates are not enzymatically degraded in the small intestines and are readily absorbed where they are fermented by the microbiome in the colon.

The most notable feature of plant-based diets is are their high fiber contents. This dietary fiber is fermented by particular genera of bacteria which include Bacteroides, Bifidobacterium, Ruminococcus, Eubacterium, and Lactobacillus. The primary output of these fermentation events is the production of short-chain fatty acids (SCFAs), which shape metabolic outputs. Namely, the SCFAs most commonly produced include acetate, propionate, and butyrate.

Butyrate is produced by certain species of bacteria which have been considered positive markers of good gut health. This SCFA causes the upregulation of tight-junction protein expression (claudin-1, zonula occludens-1, and occludin).

Is a Plant-Based Diet Good for Type 2 Diabetes?

These proteins are involved in the organization of epithelial and endothelial intercellular junctions and control the permeability i.e. barrier forming properties of the intestine. Consequently, butyrate prevents inflammatory diseases related to lipopolysaccharides (LPS); these molecules are major surface membrane components present in almost all Gram-negative bacteria and have a range of pathogenic effects, most notably eliciting an immune response.

SCFAs have also been related to the control of satiety and food intake. SCFAs combine G protein-coupled receptors, which are also named free fatty acid receptors, in enteroendocrine cells. This binding event stimulates the release of hormones that are satietogenic (suppresses appetite for food); glucagon-like peptide 1 (GLP-1) and peptide YY (PYY).

As obesity and type 2 diabetes are considered to be low-grade inflammation conditions, SCFA-modulated immune system function may contribute to the benefits observed in those who can see my plant-based diets, as well as those that follow fiber-rich interventions in cardiometabolic diseases.

In strict plant-based diets, the fat content of the diet is predominantly obtained from unsaturated fatty acids. Diverse proportions of fatty acids in the diet can alter the gut microbiome composition.

Chronic exposure to a high-fat diet has been associated with an increase of gram-negative bacteria and an increase in intestinal permeability which may be correlated with a reduced expression of the tight junction proteins which maintain it. LPS, which is present in the outer membrane of these bacteria are recognized by toll-like receptors in the immune cells which leads to inflammatory activation that negatively affects insulin signaling.

By contrast, omega-3 PUFAs which are associated with plant-based foods (avocados, seeds, and nuts) may reduce inflammation through three main pathways: (1) mediating immune cell activation, (2) reducing the precursors of inflammation, and (3) altering the expression of inflammation-related genes.

Proteins are an essential project that diet and a diverse selection of products such as grains, vegetables, nuts, and seeds, should be sufficient to provide the same protein quality and abundance necessary as diets that include meat. Commonly, protein is derived from soy products which are associated with a high intake of fiber, magnesium, potassium, and folate. These products seem to modify the gut microbiome composition.

The consumption of plant-based diets avoids excessive consumption of meat which results in the formation of trimethylamine (TMA) that is converted into trimethylamine N-oxide (TMAO). There is some evidence that high TMAO is predictive of increased cardiovascular risk, as this compound is related to suppressing reverse transport of cholesterol. A reduction in the intake of L-carnitine and choline which are present in animal sources such as eggs, milk, liver common red meat, shellfish, poultry, and fish could therefore result in cardiovascular benefits.

The role of phytochemicals in modulating the gut microbiome, particularly polyphenols is notable. Predominantly, polyphenols can favorably modify the microbiome composition, increasing the proportion of beneficial bacteria and inhibiting potentially pathogenic varieties. Increases in beneficial bacteria and inhibition of pathogenic varieties are important to maximize the metabolization of polyphenols into simpler phenomic compounds to be absorbed.

The relationship between plant-based diets, the gut microbiome, and chronic diseases

Mediterranean diets, which are also plant-based, have been reported to reduce cardiovascular mortality. Several cities have suggested that the benefits of these diets are mediated by the modulation of the gut microbiome which has a lower inflammatory potential. Many aspects of the Mediterranean diet are present in plant-based diets, including a greater amount of whole-grain foods, fruit, vegetables, and unsaturated fats present in olive oil and nuts, for example.

The relationship of plant-based diets with the occurrence of type 2 diabetes has been explored in three cohort studies: the Nurses' Health Study (1984–2012), Nurses' Health Study 2 (1991–2011), and the Health Professionals Follow-Up Study (1986–2010). Plant-based diets, most notably those with high-quality plant foods, were associated with a much lower risk of developing diabetes. This was true when subjects were adjusted for body mass index.

Moreover, results from the Adventist Health Study 2 (AHS-2) have indicated that a vegetarian diet conferred a lower risk for cancer than other dietary habits.

As stated, plant-based diets are rich in fiber and mediate positive effects through the end product of microbial metabolism, including SCFA. In terms of microbial composition, fiber-enriched diets are associated with a higher ratio of Bacteroidetes/Firmicutes.

The effect of these diets in altering the composition of the microbiome is notable in intervention studies which demonstrate increased fiber intake in those consuming an animal-based diet resulted in an abundance of bacteria that use plant-derived polysaccharides as an energy source, in addition to an improved metabolic risk profile.

The adoption of a plant-based diet has been proven to increase gut health, producing widespread systemic effects in the body related to metabolism, cardiovascular health, and more. Overall, plant-based diets may promote the increase in commensal bacteria and decrease pathogenic types due to the high content of dietary fiber, polyunsaturated fatty acids, and phytochemicals.

Through their indirect effect via microbiome composition, plant-based diets positively affect gut health, resulting in lowered inflammatory status, incident resistance, and improved cardiovascular risk profile. There is a strong effective diet modulation on the gut microbiome, which in turn affects gut health; As such it has been suggested dietary interventional strategies to change the bacterial composition can promote health benefits.

Hidaya is a science communications enthusiast who has recently graduated and is embarking on a career in the science and medical copywriting. She has a B.Sc. in Biochemistry from The University of Manchester. She is passionate about writing and is particularly interested in microbiology, immunology, and biochemistry.