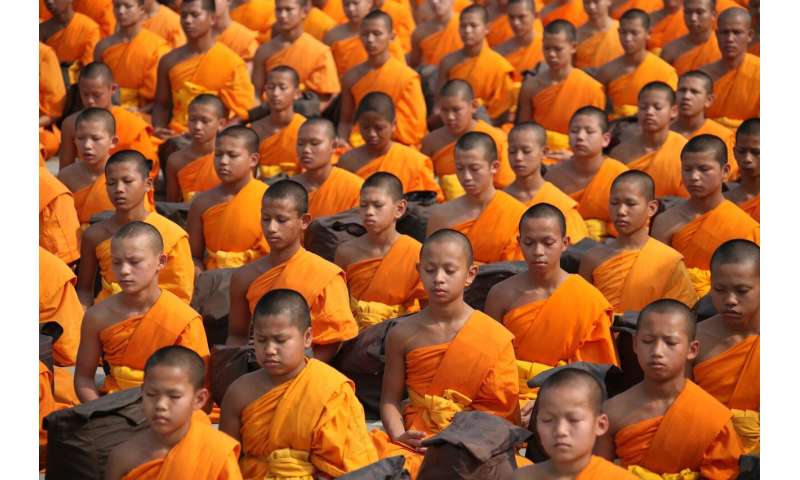 An international team of researchers has found evidence that suggests standard personality tests may not work as intended outside of mostly white, educated, industrialized, rich and democratic (WEIRD) societies. In their paper, published in the journal Science Advances, the group describes their analyses of thousands of personality survey responses from people all over the world, and what they found.

Prior work has led to the development of modern personality tests, and most of them are based on the assumption that all people have five basic personality traits: conscientiousness, openness, neuroticism, extroversion and agreeableness—the level of each determines the overall personality assessment of a given individual. In this new effort, the researchers suggest that while such tests might be a valuable research tool in WEIRD countries, they might be less useful for studying people in others.

To find out if there might be differences in personality assessments between cultures, the researchers looked at 90,000 personality survey responses from people in 23 countries—they note that the types of surveys varied, including standard form-filling, face-to-face meetings and information extracted from databases.

In studying the data, the researchers found discrepancies—they noticed, for example, that there were striking differences in how people responded to questions regarding cognitive abilities and conscientiousness. Prior research has shown a connection between cognitive abilities and success in complex jobs in typical WEIRD societies—while conscientiousness plays a bigger role in less-complex jobs. In many of the survey responses from non-WEIRD societies, however, the opposite appeared to be true. They also found many instances of conflicting answers in non-WEIRD responses, such as people responding “yes” to being highly organized and later responding “yes” to being careless.