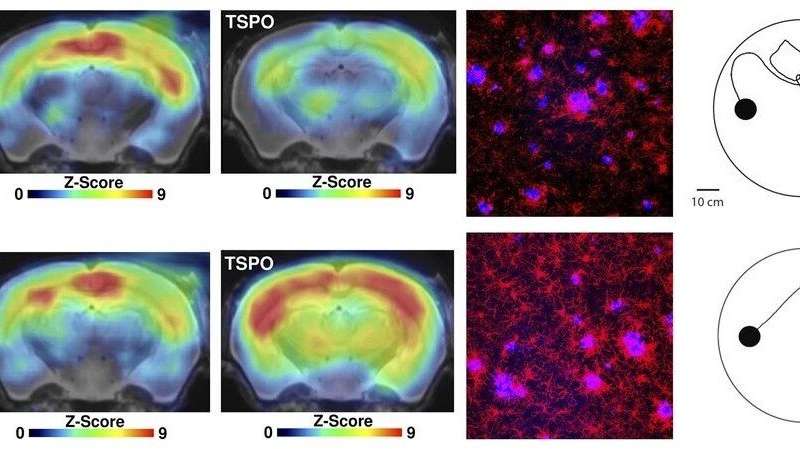 Researchers have discovered a way to better predict progression of Alzheimer’s disease. By imaging microglial activation levels with positron emission tomography (PET), researchers were able to better predict progression of the disease than with beta-amyloid PET imaging, according to a study published in the April issue of the Journal of Nuclear Medicine.

According to the Alzheimer’s Association, an estimated 5.3 million Americans are currently living with Alzheimer’s disease. By 2025, that number is expected to increase to more than seven million. The hallmark brain changes for those with Alzheimer’s disease include the accumulation of beta-amyloid plaques. When microglial cells from the central nervous system recognize the presence of beta-amyloid plaques, they produce an inflammatory reaction in the brain.

“The 18-kD translocator protein (TSPO) is highly expressed in activated microglia, which makes it a valuable biomarker to assess inflammation in the brain,” said Matthias Brendel, MD, MHBA, at Ludwig-Maximilians-University of Munich in Germany. “In our study, we utilized TSPO-PET imaging to determine whether microglial activation had any influence on cognitive outcomes in an amyloid mouse model.”

In the study, researchers compiled a series of PET images for 10 transgenic mice with beta-amyloid proteins and seven wild-type mice. TSPO PET imaging of activated microglia was conducted at eight, 9.5, 11.5 and 13 months, and beta-amyloid PET imaging was performed at eight and 13 months. Upon completion of the imaging, researchers then subjected the mice to a water maze in which the mice were to distinguish between a floating platform that would hold their weight and one that would sink. The tasks were performed several times a day during a 1.5-week period. Memory performance in the water maze was assessed by measuring the average travel time from the start point to a platform each day of training and by calculating the traveled distance at the last day of training. After completing the water maze task, immunohistochemistry analyses were performed for microglia, amyloid and synaptic density.

Transgenic mice with the highest TSPO PET signal in the forebrain or other areas associated with spatial learning tended to have better cognitive performance in the water maze, while beta-amyloid signals in the same areas of the brain showed no correlation to cognitive outcomes in the maze. Researchers found that an earlier microglial response to amyloid pathology in transgenic mice also protected synaptic density at follow-up. Specifically, transgenic mice with higher TSPO expression at eight months had much better cognitive outcomes in the water maze and higher synaptic density as confirmed by immunochemistry analyses.