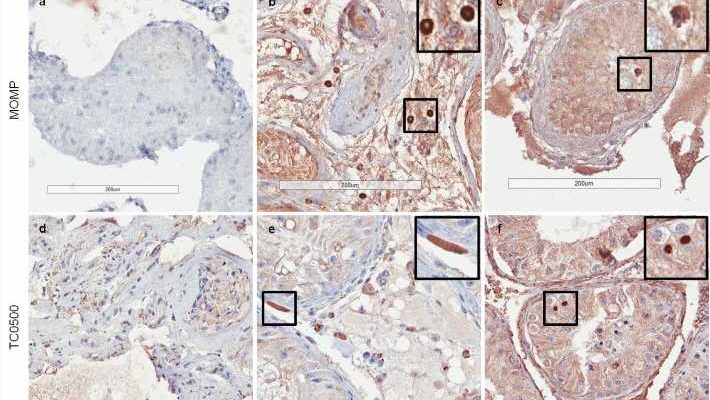 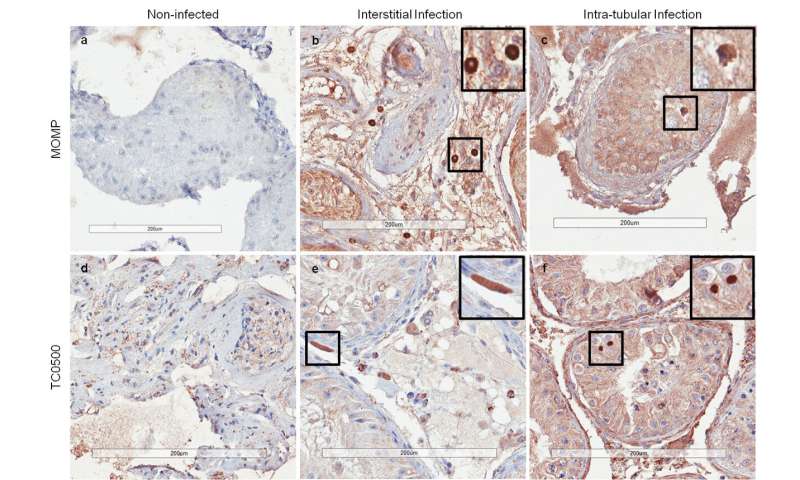 The potential impact of undiagnosed sexually transmitted chlamydia infection on men’s fertility has been highlighted in a QUT-led study, which for the first time found chlamydia in the testicular tissue biopsies of infertile men whose infertility had no identified cause.

The researchers also found antibodies specific to the bacteria responsible, Chlamydia trachomatis, in the blood of 12 of 18 donors of the fresh testicular biopsies, indicating the men had been exposed to the bacteria—yet none of the men reported symptoms of infection or being previously diagnosed with chlamydia or any other sexually-transmitted infection (STI).

The study, in collaboration with Monash IVF Group, Hudson Institute of Medical Research, Monash Health, and Queensland Fertility Group, has been published in the journal journal Human Reproduction.

Research leader QUT Professor of Immunology Ken Beagley, from the Institute of Health and Biomedical Innovation, said chlamydia infection in men has not been as widely studied as it has in women, despite similar infection rates.

“Chlamydia infection has been associated with women’s infertility but much less is known about its impact on male infertility, particularly if men do not experience symptoms, which is estimated to be in about 50 percent of cases,” Professor Beagley said.

“When people have no symptoms they can unknowingly pass on the infection to sexual partners.

“This is the first reported evidence of chlamydia infection in human testicular tissue, and while it can’t be said that chlamydia was the cause of the infertility of the men, it is a significant finding.

“It reveals a high rate of previously unrecognised chlamydia infection and the potential role of infection in the failure of sperm to develop in the testes.

“Animal studies by our group support these human findings. Those studies show that chlamydia infection in male mice establishes a chronic infection in the testes that significantly impairs normal sperm development.

“We believe future studies with male patients should look at how chlamydia infection might cause damage to the male reproductive system and contribute to infertility.”

Professor Beagley said testing testicular tissue could also be a useful future screening and diagnostic tool for clinicians and help inform them about treatments to improve reproductive outcomes.

“Normally a diagnosis of chlamydia infection is performed with a urine sample, but this may not always pick up the infection in men,” he said.

“In our study, two of the three patients whose fresh biopsies were positive for chlamydia were urine-negative for the bacteria. For the third patient we weren’t able to obtain a urine result.

“It indicates that infection may not shed into the urinary system, or do so only intermittently.”

Monash IVF Group male fertility specialist and study co-author, Professor Robert McLachlan, said for the majority of men with poor quality sperm, a cause is not apparent.

“We know certain contributors, like the toxic effect of chemotherapy drugs, but for many men there is nothing remarkable in their sexual or medical history that could account for their fertility issues,” he said.

“Understanding a cause is the first step in being able to do something about it.

“Chlamydia infection in men is something we think needs further investigation. If it is a potential cause or exacerbating factor, it gives us a target, something to aim at.