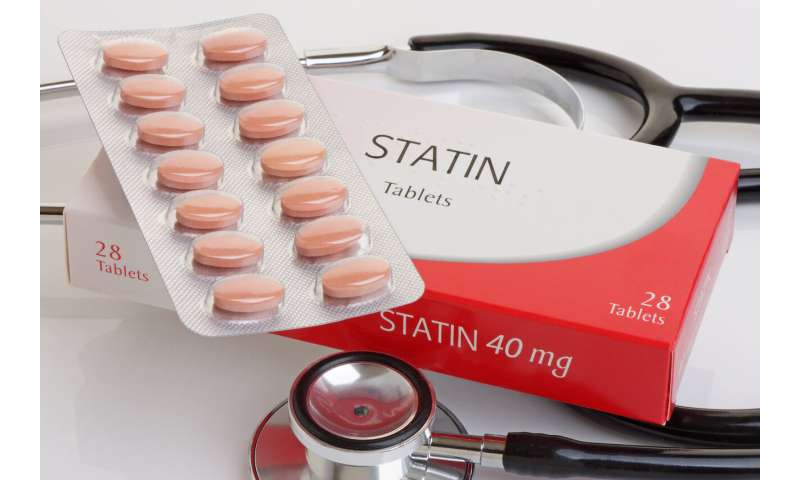 Peripheral arterial disease (PAD) is a progressive and life-threatening form of atherosclerosis that narrows the arteries serving the legs, arms, chest, and abdominal organs. It affects more than 8.5 million people in the United States, including 10 to 20 percent of individuals over 60 years old.

Outcomes of PAD patients are worse than those with coronary disease or cerebrovascular disease, emphasizing the importance of attention to their treatment.Like other kinds of atherosclerotic cardiovascular diseases, it should be treated with high-intensity doses of statins.

However, a new 15-year study by researchers at the Intermountain Healthcare Heart Institute in Salt Lake City found that PAD patients may not be prescribed these life-saving medications at the same rate as for other atherosclerotic conditions, such as heart attack or stroke.

“As a profession we focus so much on coronary disease that we may be not be optimally treating patients with PAD, especially when it comes to statin prescription,” said Jeffrey L. Anderson, principal investigator of the study and distinguished clinical and research physician at the Intermountain Healthcare Heart Institute. “However, we found that over time, statin prescription rates across our healthcare system have increased for PAD patients, and with it, PAD patient outcomes have improved. Despite this, there remains a significant treatment gap, so much more progress is needed.”

In the study, researchers identified 4,333 patients who had a first encounter with PAD (idisease in the aorta and lower extremities) between January 1, 1999 and December 31, 2013, and survived that event.

They then were followed for at least three years or until their death. Overall, statin prescription was associated with a reduced 3-year rate of subsequent heart attack, stroke, or death, from 23.5% to 18.9%, and it was only 14.3% if the prescription was for a high-intensity statin. Unfortunately, only one-third of patients overall had been prescribed a statin at discharge after their PAD event, and only 11% were prescribed a high-intensity statin.

The Intermountain researchers then gave attention to the treatment trend over 15 years. From 1999 through 2013, a statin prescription increased in five-year increments from 17% to 37% to 48%, indicating steady progress toward the 100% ultimate treatment goal. However, the most recent value of 48% for PAD still lags significantly behind values of 74% for cerebrovascular disease (e.g., stroke) patients and 93% for coronary disease (e.g., heart attack) patients.

Findings from the study will be presented at the 2019 American Heart Association Scientific Sessions Philadelphia on Nov. 17, 2019.

Dr. Anderson noted the favorable progress in PAD treatment, but he highlighted the remaining large treatment gap when compared to coronary and stroke patients, showing that more work needs to be done in statin prescribing for patients with PAD.