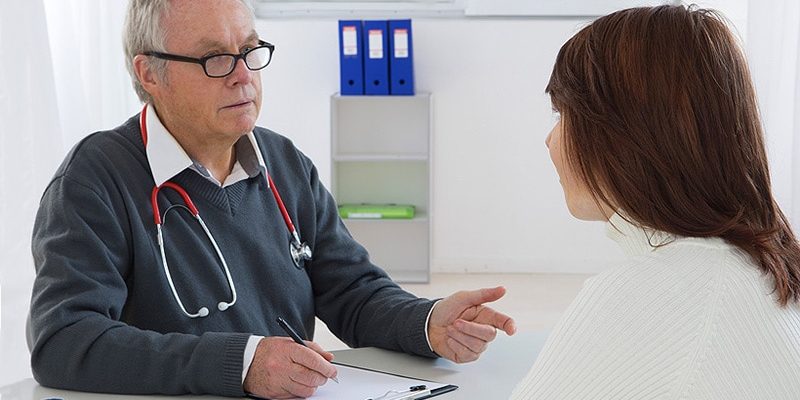 BUENOS AIRES, Argentina — Various “low-value” medical indications or practices that are considered futile, unnecessary, and potentially more harmful are performed more frequently in women than in men, according to a Spanish study. Examples of such low-value practices include benzodiazepines for insomnia in those over age 65, nonsteroidal anti-inflammatory drugs in people with hypertension or chronic kidney disease, antibiotics for acute bronchitis in patients without certain comorbidities, and imaging tests for low back pain without another warning sign before 6 weeks. The study was discussed at a meeting in Buenos Aires on patient safety.

“There is no difference in sex that explains it, but rather gender factors,” Joaquín José Mira Solves, PhD, psychologist and professor at the Miguel Hernández University in Elche, Spain, told Medscape Spanish edition. “There is a differential treatment given to patients because they are women, to whom is attributed greater weakness or less capacity. It is part of a generalized culture, and the curious thing is that it doesn’t depend on whether the medical professional is male or female.” Mira is principal investigator of the Overgend Project, which seeks to analyze overtreatment in primary care from a gender perspective to reduce the number of women who suffer adverse events from receiving unnecessary treatments.

The phenomenon sheds light on an underrecognized additional dimension that must be considered in efforts to promote high-value practices that do not put patients at risk and reduce health system inefficiency.

At the meeting, which was held as part of the launch of the Argentine Patient Safety Observatory, Mira shared the results of a recent Spanish retrospective cohort study that he led. Investigators analyzed 2557 electronic medical records of adult and pediatric primary care patients of both sexes. The authors identified 1859 actions (72.7%) in 1307 patients on “don’t do” recommendation lists, of which 1507 were indicated by physicians for adults.

“This study has given rise to a new one, currently ongoing, focused on those ‘don’t do’ in which these differences attributable to gender are more scandalous,” said Mira, stating that the approach to pain and emotional problems are two areas where evidence suggests that overtreatment is especially higher in women.

In the published work, although a specific statistical analysis was not performed to adjust for the greater number of women in the sample, there were wide gender differences in the appearance of different nonrecommended practices or indications in the medical records. For example, in the use of benzodiazepines for insomnia in people over age 65 (68.9% in women, compared with 32.2% in men); at the start of treatment with paracetamol at a dose of 1 g (57.0% vs 43.0%); in the prescription of nonsteroidal anti-inflammatory drugs in patients with high blood pressure, heart failure, chronic kidney disease, and liver cirrhosis (57.0% vs 43.0%); in the indication of antibiotics for acute bronchitis in patients without chronic obstructive pulmonary disease, heart failure, diabetes, pneumonia, tonsillitis, Bordetella infection, or kidney disease or who are receiving active chemotherapy (60.7% vs 39.3%); or in the prescription of lipid-lowering agents in patients over age 75 without previous cardiovascular events (68.1% vs 31.9%).

The gender disparity is even more concerning because women also appear to be more likely to suffer the adverse consequences of these unnecessary prescriptions or practices. In the study, the investigators documented 69 episodes of avoidable adverse events related to ignoring the counter-recommendations (5.3%), of which 54 (5.1%) of 1062 were in adult patients, more frequently those older than 65 years, and 15 (6.1%) of 245 in pediatric patients. Most of the incidents were considered to be minor temporary physical injuries, with no fatalities, although other repercussions of overtreatment, such as psychological and financial repercussions, were not considered.

Commenting on the study, Karin Kopitowski, MD, master in clinical effectiveness and head of family medicine at the Italian Hospital in Buenos Aires, Argentina, described it as interesting, but added that there is nothing documented in the country and in the region on overtreatment-related gender bias. “It is an incipient movement with very little alert still in health professionals and in the general population,” she told Medscape.

The specialist, who also directs the Research Department of the University Institute of the Italian Hospital (IUHI), recalled that over-benefits are “the other side of the coin” of the sub-benefits, in which gender discrepancies have been more studied. “In the cardiovascular field, for example, it is less likely that we will receive the diagnosis or catheterization in a timely manner.”

“Like the character in the movie Yentl, in which a Jewish woman assumes the appearance of a man to access the synagogue and study the sacred texts, women must show the same symptoms as men in acute myocardial infarction to be hospitalized and receive the appropriate diagnosis and treatment,” Elisa Chilet Rosell, doctor of public health, from the Global Health Research Group of the Department of Public Health, History of Science and Gynecology at Miguel Hernández University, Elche, Spain, told Medscape. “In fact, Bernadine Healy, MD, coined the term ‘Yentl syndrome.'”

Why can women be overtreated in other pathologies? “It can be related to certain gender stereotypes, and a clear example can be the greater prescription in women than in men of anxiolytic drugs, sleeping pills, and pills for mental health problems. Women’s emotional distress is medicalized through erroneous and cause-blind symptomatic therapeutic strategies, as described by feminist writer Betty Friedan,” said Chilet.

“The definition of pathologies such as depression is the product of cultural practices that define suffering, this definition depending on the context and the moment. Both this definition and the psychometric instruments to measure depression are influenced by the hegemonic constructions of femininity and masculinity in each society. Normative characteristics of female behavior, such as crying or hypersensitivity, would be interpreted as symptoms of depression and would often leave out cognitive or affective symptoms that are more common in men,” she added.

The Overgend Project received a grant from the Prometheus Program of the Ministry of Innovation, Universities, Science and Digital Society of the Valencia Regional Government with the added participation of the ATENEA research group of the Fisabio Foundation, in Valencia, Spain. Chilet, Solves, and Kopitowski have declared no relevant financial conflicts of interest.

This article was translated from the Medscape Spanish edition.