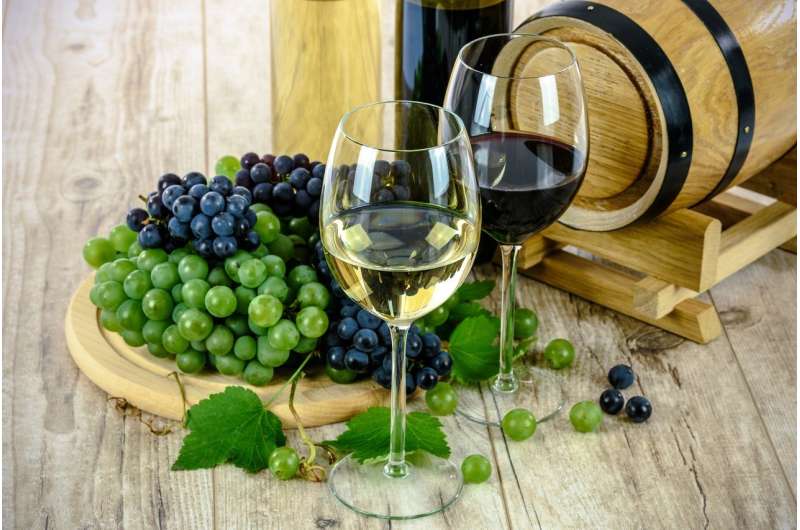 Drinking less than six Australian-standard glasses of alcohol a week is associated with the lowest risk of developing atrial fibrillation, but not all alcohol is created equal, new research from the University of Adelaide shows.

Atrial fibrillation (AF) is an irregular and rapid heart rate that can increase risk of stroke, heart failure and other heart-related complications. Symptoms include heart palpitations, shortness of breath and weakness.

This study, published today in JACC: Clinical Electrophysiology , used data from the UK Biobank, a large-scale research database with health information collected from half a million UK volunteers.

Lead author Samuel Tu from the University of Adelaide’s Centre for Heart Rhythm Disorders, said researchers found that those who consumed less than six Australian standard drinks of alcohol per week had the lowest risk of developing AF.

“We also found that beer and cider consumption was associated with a greater risk of atrial fibrillation, compared to red wine and white wine consumption,” he said.

“Our findings suggest that responsible consumption of alcohol up to six drinks per week is safe in terms of minimizing your risk of atrial fibrillation. For those currently consuming alcohol, drinking red or white wine could potentially be a safer alternative to other types of alcoholic beverages.”

“Importantly, these findings do not apply to people who already suffer from atrial fibrillation, who may find that cutting down their alcohol consumption may reduce their symptoms.”

Researchers also investigated whether the recommended number of drinks per week differed for men and women.

“A key question that we sought to answer in this study is whether the effect of alcohol is different in women and men in terms of developing atrial fibrillation,” Mr Tu said.