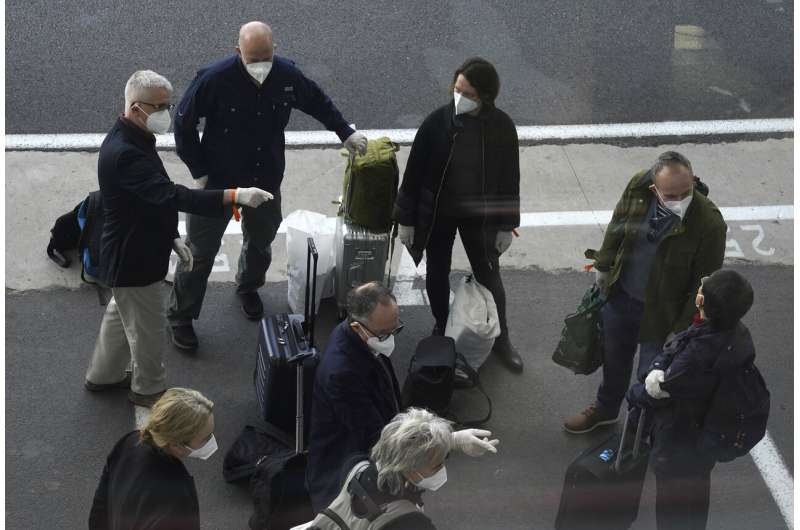 A global team of researchers arrived Thursday in the Chinese city where the coronavirus pandemic was first detected to conduct a politically sensitive investigation into its origins amid uncertainty about whether Beijing might try to prevent embarrassing discoveries.

The 10-member team sent to Wuhan by the World Health Organization was approved by President Xi Jinping’s government after months of diplomatic wrangling that prompted an unusual public complaint by the head of the WHO.

Scientists suspect the virus that has killed 1.9 million people since late 2019 jumped to humans from bats or other animals, most likely in China’s southwest. The ruling Communist Party, stung by complaints it allowed the disease to spread, says the virus came from abroad, possibly on imported seafood, but scientists reject that.

The team arrived at the Wuhan airport a little past 11 a.m. on a bright-yellow Scoot jet and walked through a makeshift clear plastic tunnel into the airport. The researchers, who only wore face masks, were greeted by airport staff in full protective gear, complete with mask, goggles and full body suits.

The team members include virus and other experts from the United States, Australia, Germany, Japan, Britain, Russia, the Netherlands, Qatar and Vietnam.

A government spokesman said this week they will “exchange views” with Chinese scientists but gave no indication whether they would be allowed to gather evidence. 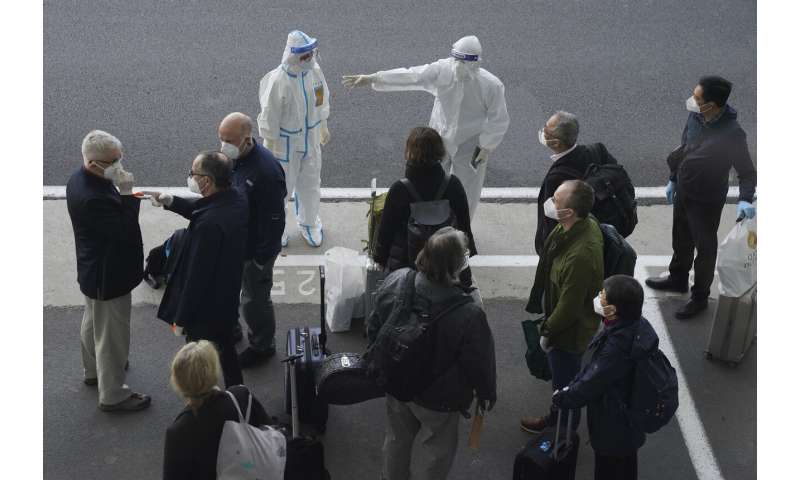 They will undergo a two-week quarantine as well as a throat swab test and an antibody test for COVID-19, according to CGTN, the English-language channel of state broadcaster CCTV. They are to start working with Chinese experts via video conference while in quarantine.

China rejected demands for an international investigation after the Trump administration blamed Beijing for the virus’s spread, which plunged the global economy into its deepest slump since the 1930s.

After Australia called in April for an independent inquiry, Beijing retaliated by blocking imports of Australian beef, wine and other goods.

One possibility is that a wildlife poacher might have passed the virus to traders who carried it to Wuhan, one of the WHO team members, zoologist Peter Daszak of the U.S. group EcoHealth Alliance, told the Associated Press in November. 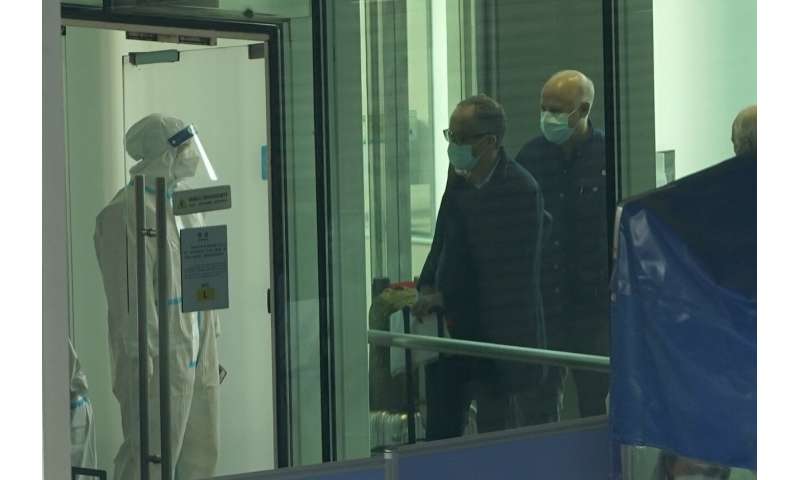 A single visit by scientists is unlikely to confirm the virus’s origins; pinning down an outbreak’s animal reservoir is typically an exhaustive endeavor that takes years of research including taking animal samples, genetic analysis and epidemiological studies.

“The government should be very transparent and collaborative,” said Shin-Ru Shih, director at the Research Center for Emerging Viral Infections at Taiwan’s Chang Gung University.

The Chinese government has tried to stir confusion about the virus’s origin. It has promoted theories, with little evidence, that the outbreak might have started with imports of tainted seafood, a notion rejected by international scientists and agencies.

“The WHO will need to conduct similar investigations in other places,” an official of the National Health Commission, Mi Feng, said Wednesday. 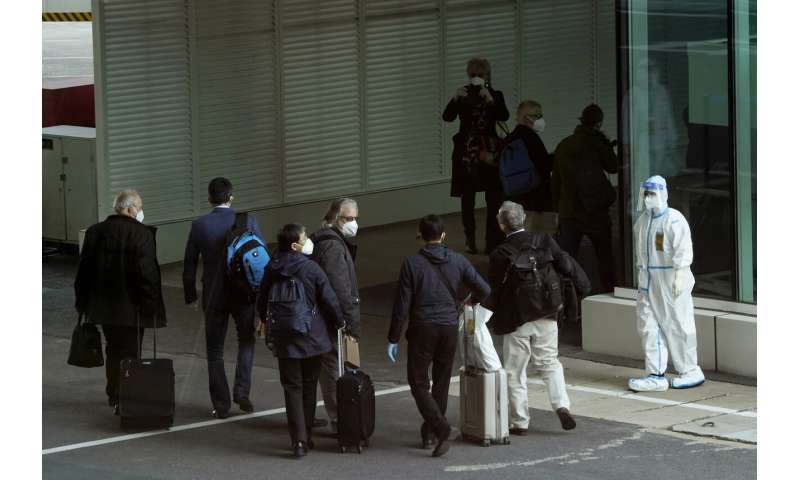 Some of the WHO team were en route to China a week ago but had to turn back after Beijing announced they hadn’t received valid visas.

That might have been a “bureaucratic bungle,” but the incident “raises the question if the Chinese authorities were trying to interfere,” said Adam Kamradt-Scott, a health expert at the University of Sydney.

A possible focus for investigators is the Wuhan Institute of Virology in the city where the outbreak began. One of China’s top virus research labs, it built an archive of genetic information about bat coronaviruses after the 2003 outbreak of Severe Acute Respiratory Syndrome.

According to WHO’s published agenda for its origins research, there are no plans to assess whether there might have been an accidental release of the coronavirus at the Wuhan lab, as some American politicians, including President Donald Trump, have claimed. 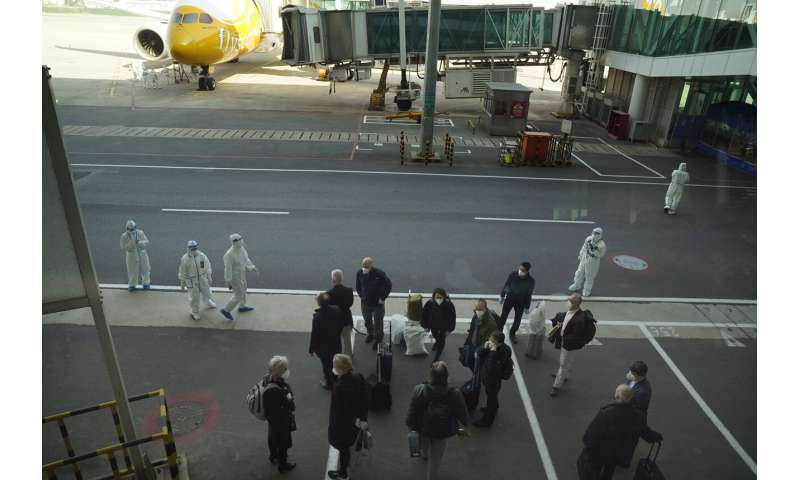 A “scientific audit” of Institute records and safety measures would be a “routine activity,” said Mark Woolhouse, an epidemiologist at the University of Edinburgh. He said that depends on how willing Chinese authorities are to share information.

An AP investigation found the government imposed controls on research into the outbreak and bars scientists from speaking to reporters.

Although it may be challenging to find precisely the same COVID-19 virus in animals as in humans, discovering closely related viruses might help explain how the disease first jumped from animals and clarify what preventive measures are needed to avoid future epidemics. 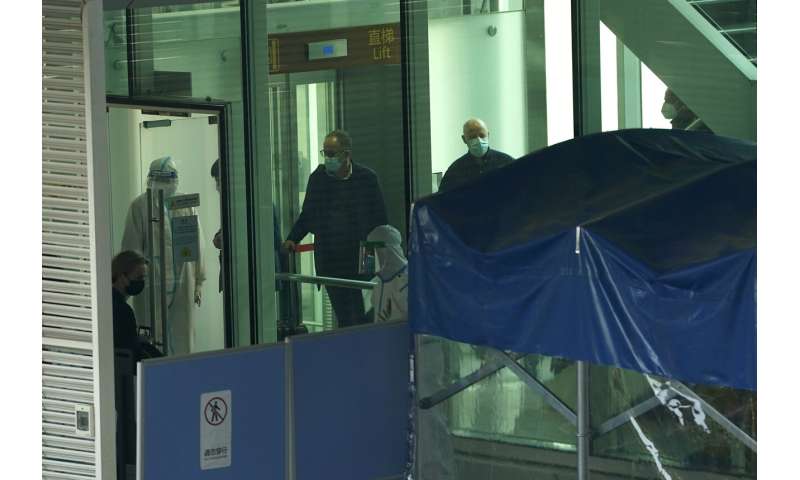 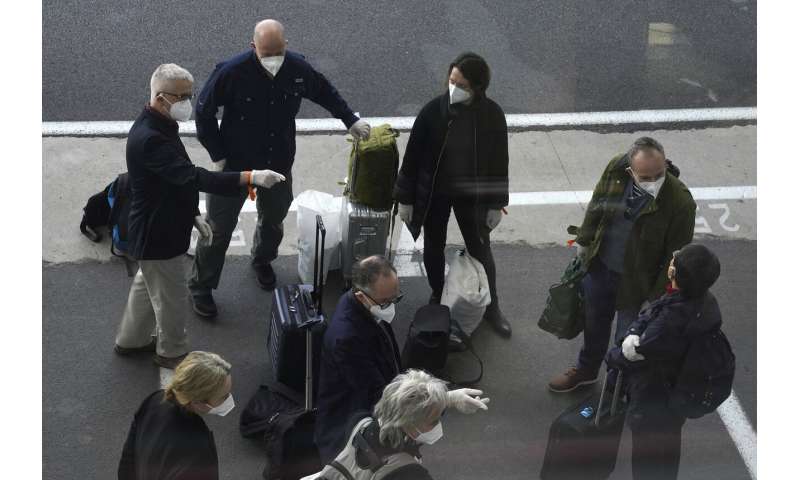 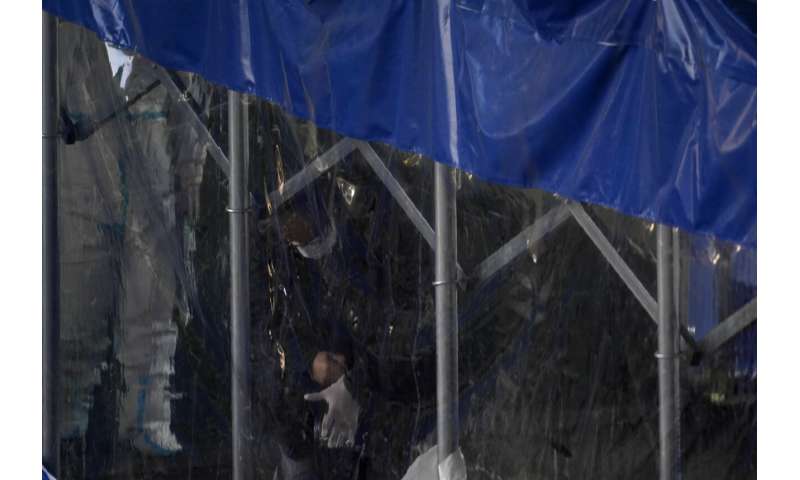 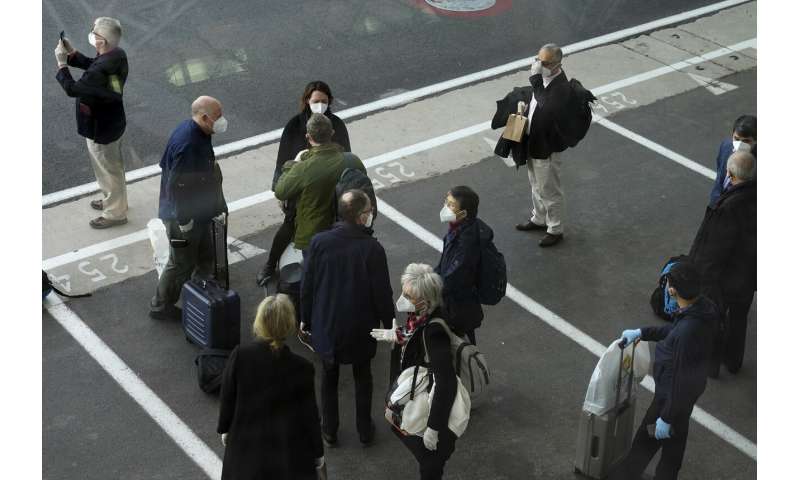 Scientists should focus instead on making a “comprehensive picture” of the virus to help respond to future outbreaks, Woolhouse said.