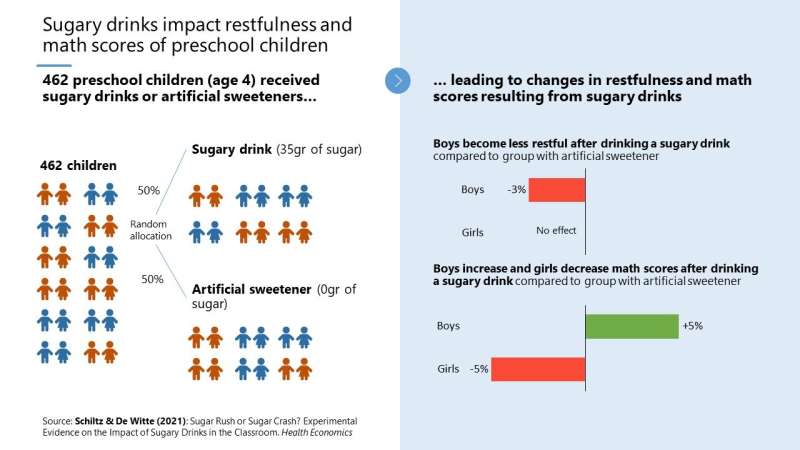 In the study, investigators randomly assigned 462 children to receive sugary drinks or artificially sweetened drinks, and they collected data before and after consumption.

Consuming one sugary drink tended to induce an initial ‘relaxing’ effect for boys, before making them more restless. Girls’ behavior was not significantly affected.

Also, consuming one sugary drink seemed to have a negative effect on student achievement in math for boys and a positive effect for girls.