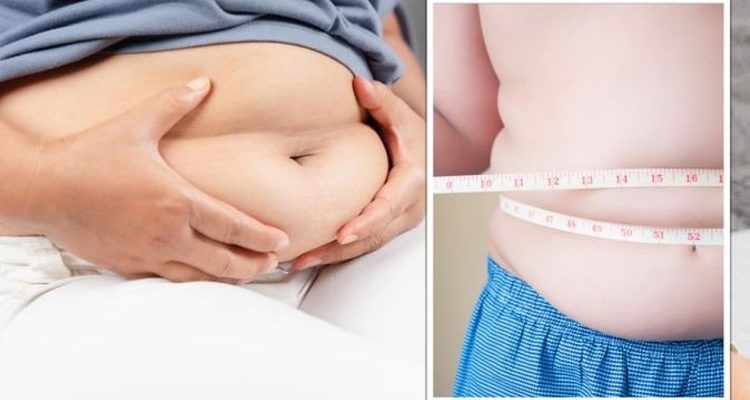 As people go through their middle years, their proportion of fat to body weight tends to increase. Such weight shifts typically occur around the middle section, increasing the risk for further complications. While retrospectively, we might have accepted these changes as an inevitable fact of ageing, new research has found that metabolic speed – which determines the number of calories burnt by the body – may not decline until a person reaches 60.

A team of researchers, led by Duke University in North Carolina, analysed the speed of a person’s metabolism throughout their life.

The team analysed calories expended by more than 6,600 people aged between one week and 95-years-old, across 29 countries.

They found that a newborn uses the same amount of energy as adults, when accounting for differences in mass and body size.

Their metabolism speeds up significantly within the two first weeks of life, becoming 50 percent faster by the time they are one-year-old.

READ MORE: Visceral fat: How the ‘dangerous’ body fat can affect longevity – and how to get rid of it

The researchers noted that this ‘gas-guzzling’ pace continues until a child reaches the age of two, but it then slows by about three percent a year, gradually falling until adulthood.

Metabolism speed only stabilises in early adulthood, around the age of 20.

Herman Pontzer, co-author of the study and associate professor of evolutionary anthropology at Duke University, said: “Something is happening inside a baby’s cells to make them more active, and we don’t know what those processes are yet.”

These findings stand in stark contrast to previously held beliefs that there is a metabolic surge during teenage years.

To the surprise of the scientists, the results also revealed that metabolism remained stable between the ages of 20 to 60.

The researchers noted that these findings shed new light on previous research, that linked a slowing metabolism to middle-aged weight gain.

It was also previously believed that teenage years and a person’s 20s are when metabolism is as its peak.

The study, published in the journal Science, was the result of work by an international team of scientists, including Professor John Speakman, from the University of Aberdeen.

Professor Speakman said: “Even when you take into account an infant’s body weight and composition, their expenditures are much higher than predicted.

“This is probably in part because they also transition from being mostly sedentary during the first weeks of life, to being really active a year or so later.

“Plus, their resting metabolic rates go up enormously at the same time – potentially related somehow to their phenomenal growth rate.

“An infant’s ‘gas-guzzling’ metabolism may partly explain why children who don’t get enough to eat during this developmental window are less likely to survive and grow up to be healthy adults.”

Pooling on decades of data from various institutions, this study is the most thorough analysis ever done of metabolic speed throughout life.

The researchers believe the findings could have strong implications for the future of medicine, notably with regards to earlier detection of serious illnesses, like cancer.

Professor Pontzer explained that cancer may spread differently, in relationship to the speed of the metabolism.

Drug doses may also be affected by rates of metabolism, which has prompted discussion about whether drugs that modify the metabolism could slow disease of old age.