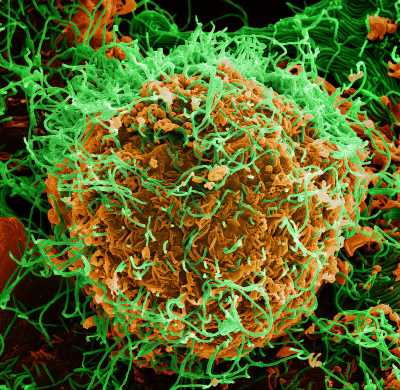 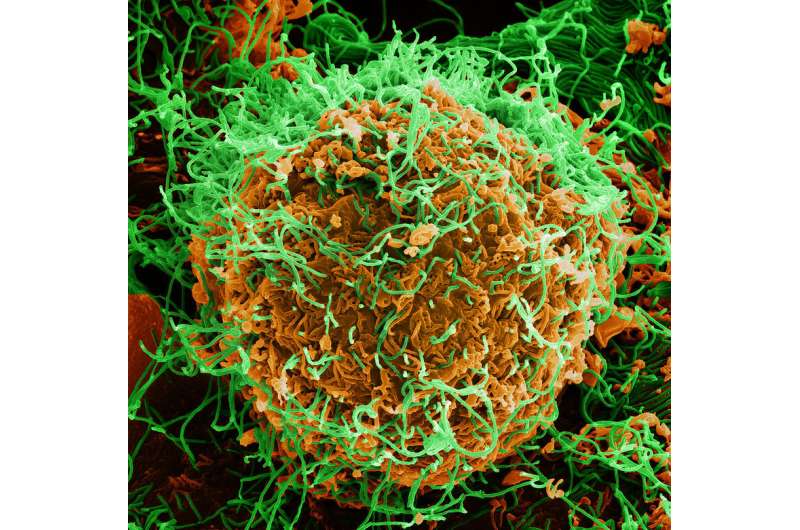 Ebola epidemics occur periodically in various sub-Saharan African countries. While vaccines exist and have already received WHO Prequalification against the Zaire ebolavirus species, it is essential to pursue and intensify efforts to supplement the available data to develop a safe and effective Ebola vaccine strategies in adults and children alike.

The PREVAC international consortium, which includes scientists from Inserm and from institutions in Africa, U.S. and UK, has published the results of a large-scale randomized clinical trial in West Africa in the New England Journal of Medicine. These results confirm the safety of three different vaccine regimens, and suggest that an immune response is induced and maintained for up to 12 months.

In a context where many sub-Saharan African countries regularly face Ebola outbreaks, vaccines are seen as a central tool to fight the spread of the disease. Since 2019, two vaccines have obtained WHO Prequalification against the Zaire ebolavirus species: the vaccine rVSVΔG-ZEBOV-GP developed by Merck, Sharpe & Dohme, Corp., and the Ad26.ZEBOV and MVA-BN-Filo vaccine regimen from Johnson & Johnson.

Beyond these advances, research on Ebola vaccines must continue. Indeed, additional data is needed in order to establish the most appropriate recommendations regarding the use of these vaccines, in different categories of the population.

This is the goal of the PREVAC international consortium. Starting in 2017, a vast, multicenter, randomized, placebo-controlled, phase 2 trial mobilized African, European and US research teams working together in Liberia, Guinea, Sierra Leone, and Mali. It is one of the largest Ebola vaccination trials to date—conducted with both adults and children aged 1 year and older.

The trial aimed to measure the rapidity, intensity and durability of the immune responses generated by three different Ebola vaccine regimens, involving the vaccines mentioned above. It also evaluated the safety and tolerability of the various products administered.

In total, the trial included 1400 adults and 1401 children between 1 and 17 years of age, who were randomized into several groups to test and compare the three regimens versus placebo.

The data obtained suggest that all three regimens are safe and well-tolerated in adults and children. After vaccination and within the 7 days that followed, the majority of the participants reported pain at the injection site and other minor symptoms (fever, muscle and joint pain, headache, etc.), which generally disappeared after 7 days.

The three regimens also generated a rapid increase, after 14 days, of the amount of antibodies directed against the virus, with a peak at between 1 and 3 months after the first vaccination. While it’s not yet possible to say whether this immune response prevents infection, current scientific literature suggests a strong correlation between the amount of these antibodies and the level of protection against the virus. These antibodies were detected up to 12 months after the first injection.

“The data collected during this clinical trial are valuable because they help confirm the safety and potential efficacy of the available vaccines, making it possible to refine the vaccination recommendations during both Zaire ebolavirus epidemic and inter-epidemic periods, in populations at risk,” explains the trial’s principal investigator, Yazdan Yazdanpanah.

“This trial is marked by a high participant retention rate thanks to the unwavering involvement of all the professionals in the field, and the population’s adherence to the research that led to these results,” explains principal investigator Mark Kieh.

“The PREVAC trial is a real example of success for international research in emerging and re-emerging infections. We show that with solid collaboration founded on strong partnerships, we can advance Ebola research in the areas of the world most affected by the disease,” says H Clifford Lane, NIAID Deputy Director for Clinical Research and Special Projects.