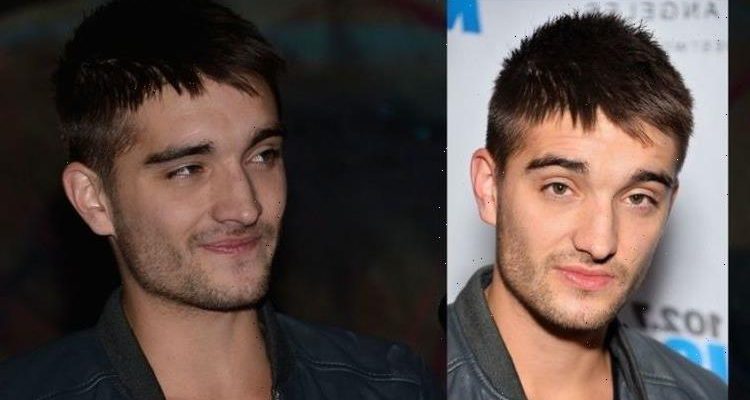 The announcement that the boy-band are reuniting for the first time in seven years delighted fans across the country. The news came a year after Tom took to Instagram to tell fans that he was already undergoing treatment for his cancerous brain tumour. The post from October 2020 read: “There’s no easy way to say this but I’ve sadly been diagnosed with a Brain Tumour and I’m already undergoing treatment.”

The young singer was diagnosed with glioblastoma – an aggressive form of brain cancer with a typically bleak prognosis.

Speaking to BBC Breakfast the star recalled how he wanted to “curl up and die” when he first received the diagnosis.

“It took me so long to not be able to be affected by things that I saw online. Every morning I would Google, or go on Twitter and type in glioblastoma, and it would just drag my day down,” the singer said.

He then went on to recall his gruelling chemotherapy treatment, which aimed to reduce the size of the cancer. At his worst, the singer struggled to even get out of bed.

More recently things have started to look slightly more positive for Tom. Keeping his loyal Instagram followers updated with his journey he shared that his condition is stable and there has been a “slight reduction” in his tumour.

He said: “The last couple of days have been filled with dread and worry but I’m pleased to announce that the results of yesterday’s scan are stable with a slight reduction in the tumour if anything.

“I can’t tell you how grateful I am to receive this news. We left it a little longer between scans this time just to give time for the medication to work but overall a great day.”

A whole host of celebrity friends and supporters commented to support the singer, with bandmate Max George writing: “Best news ever mate… you’re beating this like we knew you would. You’re a WARRIOR! Love you mate.”

Talking to Cosmopolitan, Tom also promoted a positive message. He said that since his diagnosis he is focusing more on enjoying life with his wife Kelsey and their two young children Aurelia and Bodhi.

“It’s not that I’m ignoring cancer but I just don’t want to pay it any attention,” Tom said.

“The more attention you pay it, the more it consumes your life and I don’t want to consume my life. I’ve got kids, I’ve got family. So I just try and just ignore it as much as possible.”
Thanks to six cycles of chemotherapy treatment and 30 rounds of radiation Tom’s tumour has shrunk, but some worrying symptoms and side effects are lingering.

One of the side-effects is limited movement on his left-hand side, resulting in “stilted walking” and Tom being unable to move his arm properly.

The 33-year-old has also struggled with rapid weight loss, dropping three-and-a-half-stone in about three weeks, after losing appetite during chemotherapy.

The Brain Tumour charity explains that tumours can affect different parts of the brain which control different functions in your body.

This means that the effects of a brain tumour you may experience depends on the location, its size and its aggressiveness.

Common side effects of brain tumours include the following:

In addition to chemotherapy and radiation therapy which Tom has been going through, the Mayo Clinic also mentions some alternative treatment methods.