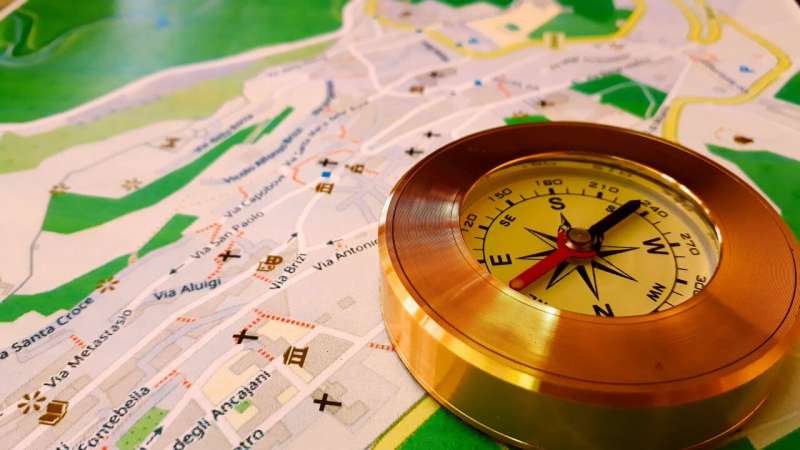 Landmarks like a church steeple or a yellow house on the corner play an important role in the ability to navigate. But so does an internal compass, thought to be supported by specialized neurons in the brain—called “head-direction” cells. These neurons respond to direction, and there are still many unsolved puzzles as to how they work. A team of neuroscientists at the University of Tübingen has established exactly where they are located, how they are connected to other parts of the brain, and which mechanisms support their activity. The researchers believe they may have found the location in the brain where the information from the internal compass meets inputs about external landmarks. The international team is headed by Dr. Patricia Preston-Ferrer at the Institute of Neurobiology and the Werner Reichardt Center for Integrative Neuroscience (CIN). The study, conducted in cooperation with the Shenzhen Institute of Advanced Technology, has been published in the journal Cell Reports.

“The existence of head-direction cells was documented more than 30 years ago in rodents. Much like a compass, these neurons follow the movement of the animal in its environment, thus giving rise to an internal representation of direction in the brain,” Dr. Patricia Preston-Ferrer explains. “If you are to understand how neurons work in the brain, you first need to make them visible,” she adds. In order to understand information processing in the brain—the software—you need to resolve the underlying brain circuits—the hardware. As early as 2016, the team established an experimental approach for making head-direction neurons visible under the microscope.

Corresponding structures in the human brain

Head-direction neurons are known to be preferentially located in the presubiculum, a specialized area of the cortex. “We were very surprised by finding that the mouse presubiculum was not homogeneous, but clearly divided into modules,” says CIN researcher Giuseppe Balsamo. “We identified two different types of modules which were molecularly distinct, and were differently interconnected with other parts of the brain.” The team found that these modules were present not only in the rodent brain, but also in the human brain.

By labeling individual head-direction neurons, the authors made two striking observations. Firstly, head-direction neurons were found only in one cortical module, pointing to a precise structure-function organization of the presubicular cortex. Second, this module type was densely innervated by one particular nucleus of the thalamus, which is involved in the processing of visual landmark information. “We know that efficient navigation relies on the use of an internal compass, plus external visual landmark information,” says Professor Andrea Burgalossi, head of a CIN research unit. “We may have found the place in the brain where the internal sense of direction and visual information are combined to support navigation.”

Switching off the compass