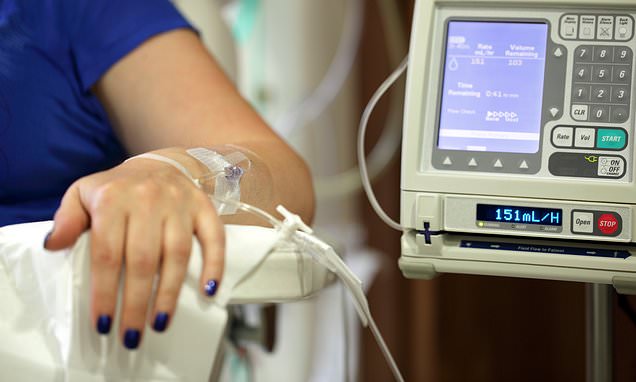 Antibiotic-resistant superbugs could leave chemotherapy ineffective within the next decade, oncologists warn

Antibiotic-resistant superbugs could render chemotherapy ineffective within the next decade, experts have warned.

British oncologists have seen a rise in superbug infections among cancer patients in the past year alone, some of which are deadly.

A predicted 65,000 cancer patients could develop potentially life-threatening drug-resistant infections after surgery in the next decade.

Superbugs make routine medical interventions, such as chemotherapy and other surgeries, less safe to use – thereby ‘ineffective’ – because of the infection risk.

Half of oncologists surveyed fear strong cancer-killing chemotherapy drugs may be unviable within ten years. 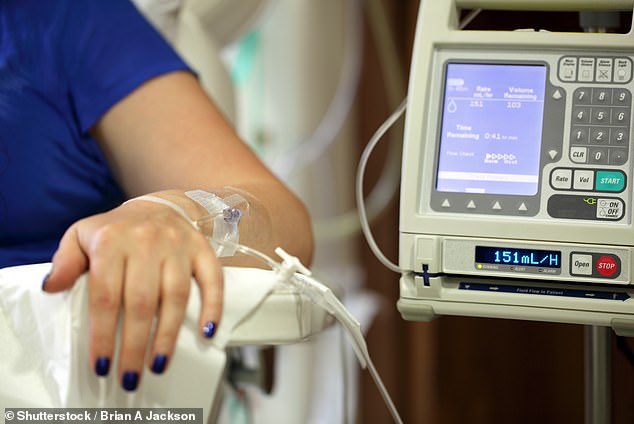 Cancer patients are at risk of getting antibiotic resistant superbugs that could render chemotherapy ineffective in the future, oncologists have warned (stock, chemo treatment)

Bacteria can become resistant – known as a superbug – when people take incorrect doses of antibiotics, or they are given out unnecessarily.

Cancer patients may be more vulnerable to emerging superbugs because their immune systems are weaker.

One in four oncologists in the UK have seen an increase in drug-resistant infections in the last year, The Times reported.

A survey of 100 cancer doctors found that 95 per cent were worried about the rise of superbugs in their patients.

Some 46 per cent of those surveyed said they believed drug-resistant infections could make chemotherapy unviable.

The survey was carried out by the Longitude Prize, which was set up to help solve the problem.

WHAT IS A SUPERBUG?

Infections become drug-resistant when the microbes that cause them adapt and change over time, developing the ability to resist the drugs designed to kill them.

One of the most common types of drug resistance is antibiotic resistance.

In this process bacteria – not humans or animals – become resistant to antibiotics. These bacteria are sometimes called ‘superbugs’.

The result is that many drugs, such as antibiotics, are becoming less effective at treating illnesses.

Our overuse of antibiotics in humans, animals and plants is speeding up this process.

Without antibiotics that work, routine surgery like hip replacements, common illnesses like diarrhoea, and minor injuries from accidents, even cuts, could become life-threatening.

Routine medical interventions, such as chemotherapy, organ transplants and other surgeries, are becoming less safe because of the infection risk.

It has been found that the average cancer doctor had 23 per cent of their patients develop an infection during treatment.

More than a third required surgery for their cancer, with five per cent of those patients developing a drug-resistant infection.

Infections become drug-resistant when the microbes that cause them adapt and change over time, becoming stronger and able to resist the drugs designed to kill them.

Specialists estimate around 70 per cent of bacteria that can cause infection are already resistant to at least one antibiotic that is commonly used to treat them.

Bugs are able to adapt partly because antibiotics have been doled out unnecessarily for decades, helping bugs learn how antibiotics work.

Cancer patients are a prime example – they are flooded with drugs as a precaution while doctors wait for slow diagnosis results.

As drug-resistant infections are becoming more common, modern medicines are at risk of failing, such as antibiotics.

The World Health Organization (WHO) has previously warned if nothing is done the world is heading for a ‘post-antibiotic’ era.

Other drugs, such as those for chemotherapy, or interventions such as organ transplants may become too risky.

Because chemotherapy is the first line of treatment for many cancers, it is a major concern that it could one day become ineffective at treating the deadly disease.

Antimicrobial resistance kills around 700,000 a year. But experts say predict the death toll could reach ten million a year globally within the next 30 years.